By Olayinkaola (self media writer) | 2 years ago

Napoli have reduced the price of Koulibaly, Manchester City want to sign Martinez. 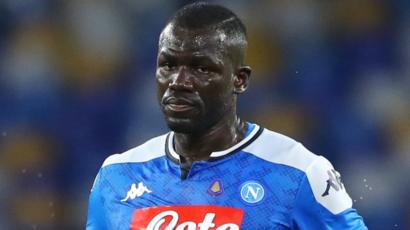 But Martinez is close to completing a deal with Barcelona.

Bayern are thought to cancel the program took the striker Chelsea is courting You Havertz, the striker Bayer Leverkusen , Germany 21 years .

It is expectedEverton, Atletico Madrid andBayern Munich will battle it out for Crystal Palace and Ivory Coast striker Wilfried Zaha this summer, with Newcastle also lining up a move for the 27-year-old.

Southampton are hoping to secure a £ 10m permanent deal for Tottenham 's Kyle Walker-Peters, 23, who has been on loan at the Saints since January.

Southampton boss Ralph Hasenhuttl has refused to discuss a possible swap deal between Denmark international Pierre-Emile Hojbjerg, 24, who wants to move to Tottenham, and Walker-Peters.

Ghana international Thomas Partey, 27, will not accept a move to Arsenal and will sign a new contract at Atletico Madrid, which has agreed to double his salary.

Pep Guardiola wants to sign Aston Villa 's Brazilian midfielder Douglas Luiz, 22, to bring him back to Manchester City when the transfer window reopens in July.

Liverpool midfielder Adam Lallana, 32, who plans to leave in the summer, the invitation was backed wurinr Leicester, Burnley and Brighton.