By UniqueWeb (self media writer) | 1 year ago 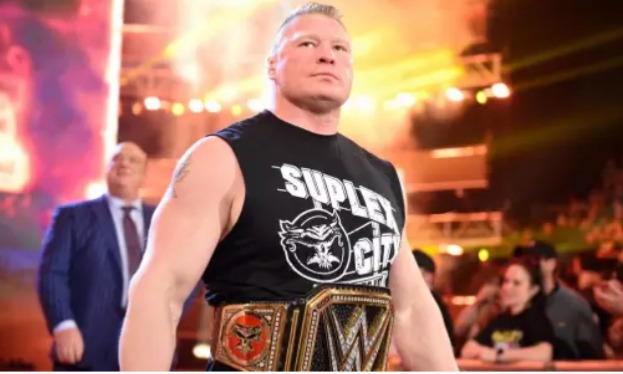 When Brock Lesnar's music played after Roman Reigns defeated John Cena at SummerSlam, the WWE universe erupted, and after the two had a ring brawl, fans had been wondering when the Beast will return to SmackDown. We got our first hint early in the show when Paul Heyman accepted a phone from Brock (with a Lesnar-themed ringtone), and then Heyman had a meeting with Reigns later, telling him that Lesnar promised him he'd be at SmackDown next week when the blue brand visits Madison Square Garden in New York City.

Reigns was not pleased, querying why Heyman was aware of Lesnar's whereabouts.

Lesnar, on the other hand, hasn't shown his face yet.

Later in the broadcast, Sonya Deville, the interim CO-General Manager of SmackDown with Adam Pearce, was telling someone to jot down the major elements of next week's show, and confirmed Lesnar's return once more.

So, it appears that we can count on Lesnar to appear next week, but what will happen when he does? He didn't attack Reigns last time, but he did meet his stare and get in his face. He also has a tense relationship with Heyman, who was his biggest supporter during his prior stints at the organization.

Heyman has become the advocate for the Tribal Chief Roman Reigns since he departed the last time through, and the two have ruled SmackDown together. Since becoming Universal Champion, Reigns has ruled SmackDown, defeating Edge, John Cena, Cesaro, Daniel Bryan, and others.

The question now is if he will do the same to Lesnar. He has previously stated that he will do it when the time comes, but Lesnar is no ordinary man who will be easily defeated. Drew McIntyre last defeated Lesnar, and he'll be seeking to reclaim his place at the top from Reigns.

We'll have to wait and see how things turn out.

Content created and supplied by: UniqueWeb (via Opera News )