By Immanuel (self media writer) | 16 days ago 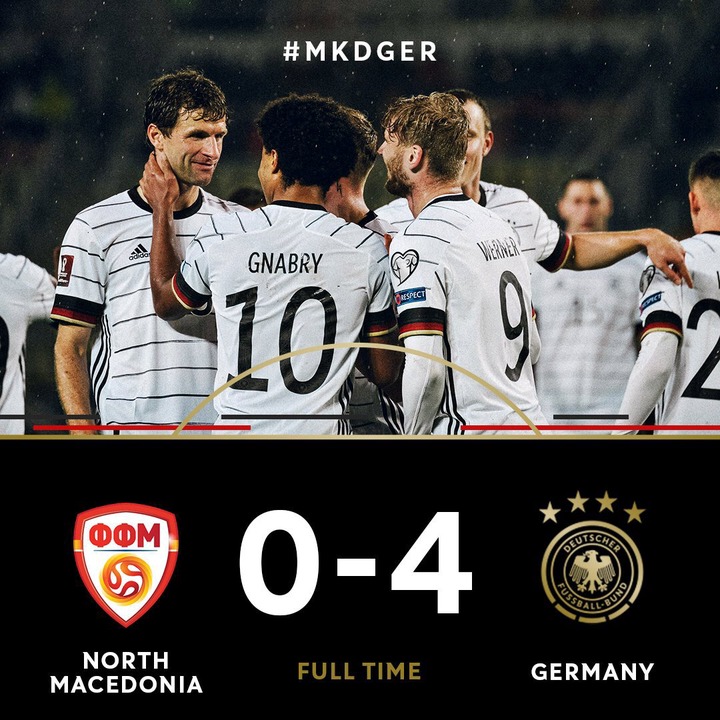 Chelsea Midfielder, Kai Havertz and Timo Werner were both active in the fixture as they played a vital role in ensuring their team secured all three points away from home. 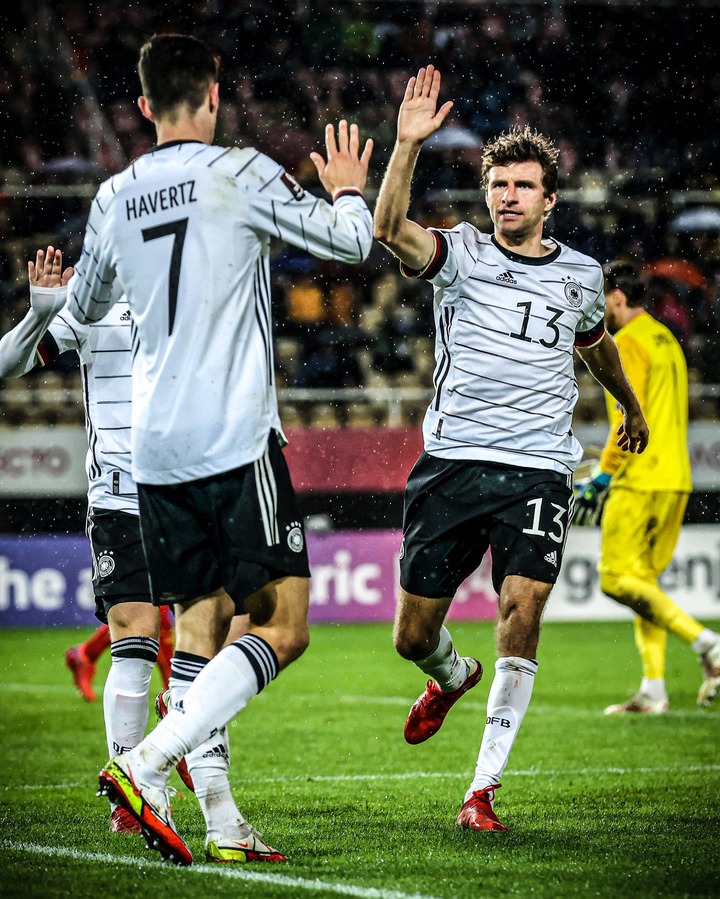 Kai Havertz was without a doubt one of the best players for Germany tonight, as the 22 year-old dominated the game impressively and crowned his efforts with a beautiful goal from Thomas Mueller's pass in the 50th minute. 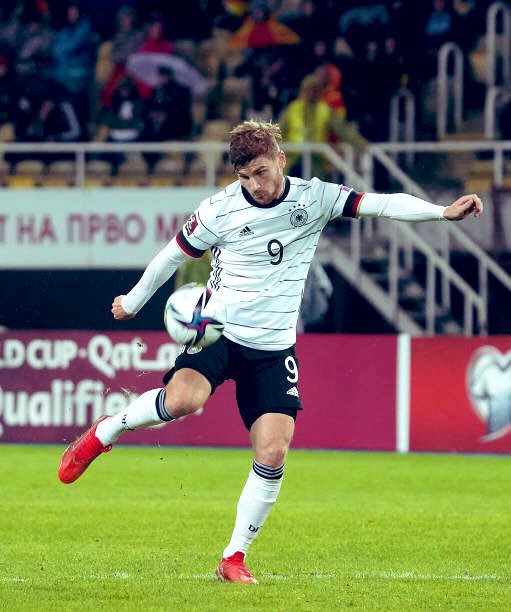 How Werner scored his two goals tonight shows that his confidence has jerk back to life and many of these credits will go to his national team manager because he was the one who helped him attain today's success. Other goal scorers for Germany tonight are Kai Havertz and Jamal Musiala as they became the first nation to qualify for next year's FIFA World Cup. 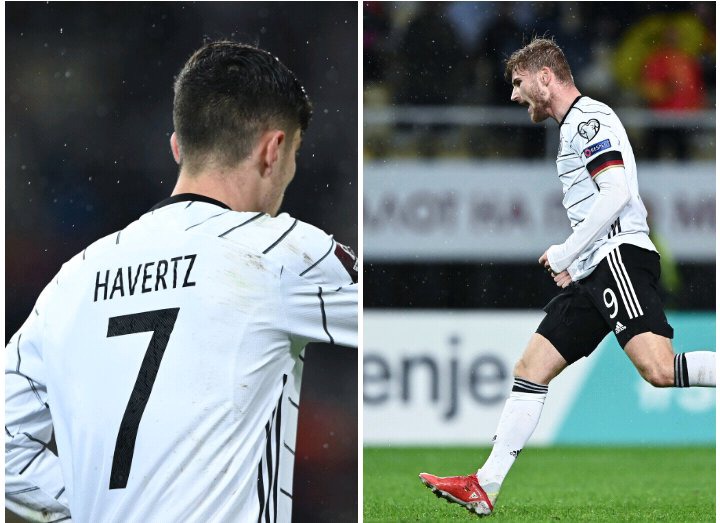