Why The Super Eagles Laboured To Narrow Victory Against Cape Verde

By Comrade_ozovehe (self media writer) | 1 year ago

The Super Eagles of Nigeria traveled away to played their second match of Group C CAF-World Cup Qualifier against the Blue Sharks of Cape Verde, where they earned 2 goals to 1 victory against their host. In 29th minutes, Victor Osimhen cancelled out the home side earlier lead, before eventual Own-goal from Cape Verde Kenny Rochas Santos in 76th minutes, which handed the 3 times African champions the whole 3 points.

The poor condition of the pitch was among the factors that slow down the tactical display of Gernot Rohr side. 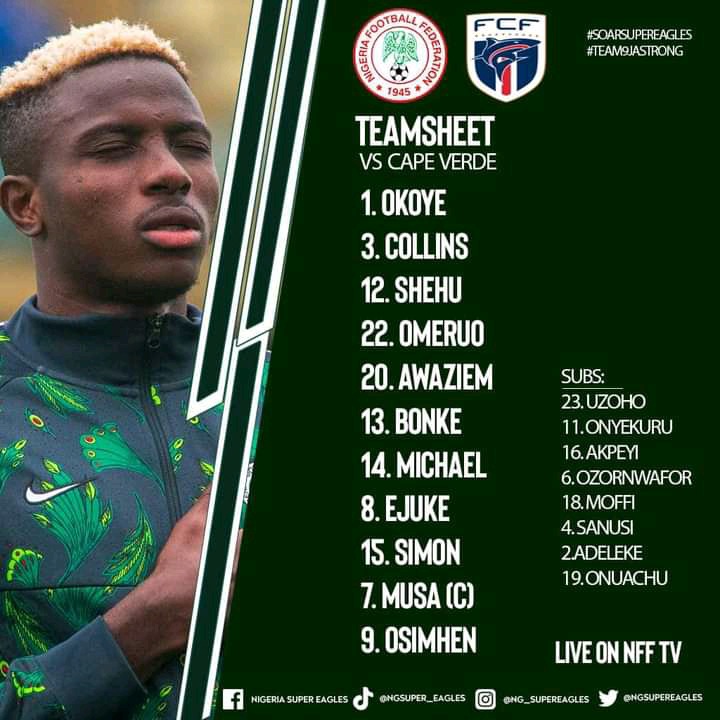 Nigeria played with an unusual midfield lineup in such an important match, as some familiar faces, among Wilfred Ndidi, Oghenekaro Etebo, Alex Iwobi, Leicester attacker (Kelechi Iheanacho), Leon Balogun, and other United Kingdom based players, due to the COVID-19 restriction by UK authority. 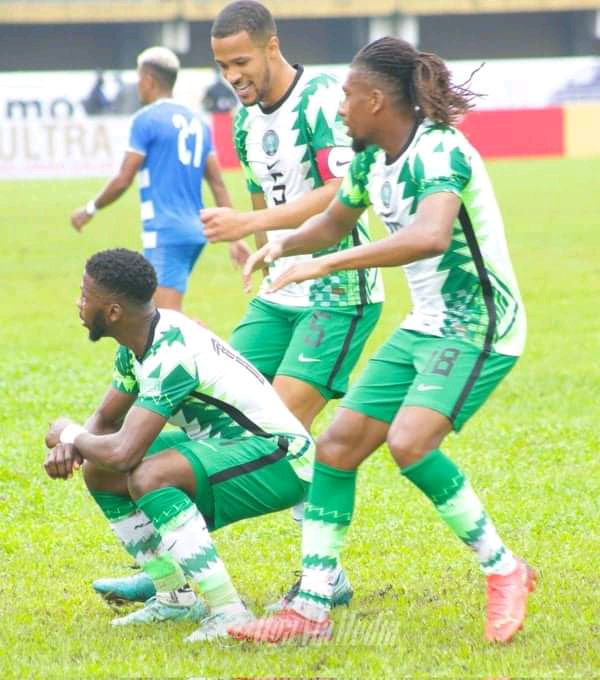 The absence of those players was felt in the match, especially the creativity of Everton superstar, Iwobi and the compatibility of the squad favourite Central Defenders (Balogun and William Troost-Ekong). The last match decider, Iheanacho accuracy in front of Goalpost was also missed. 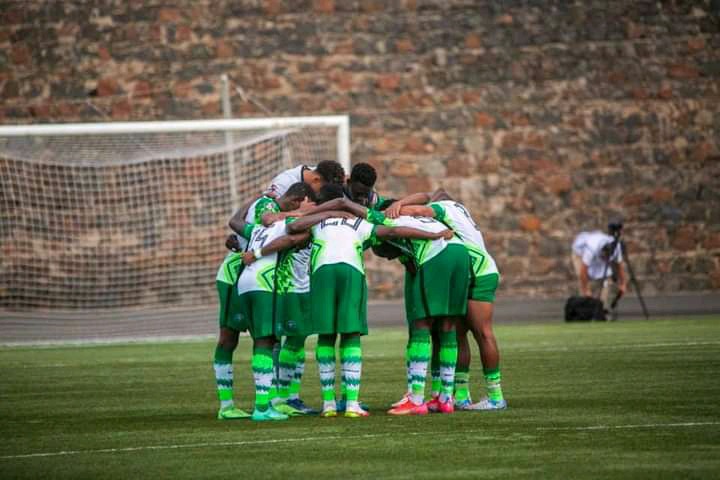 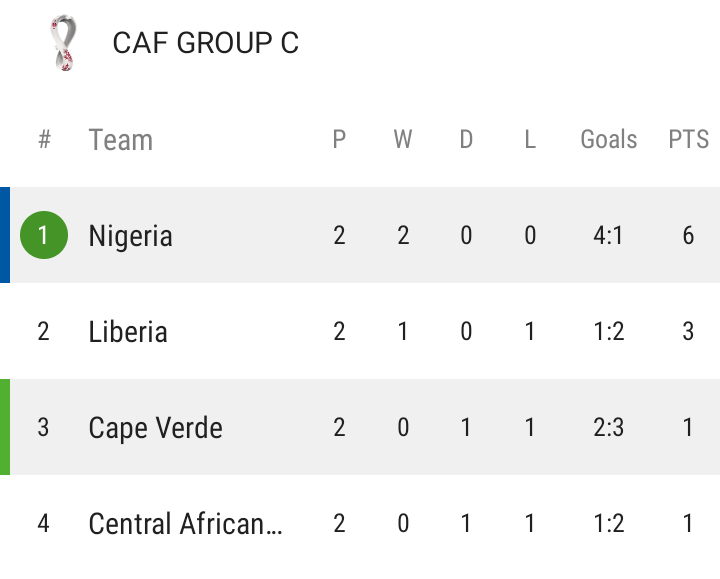 Nigeria national team, who were one of Africa representative in the last FIFA World Cup, now sit comfortably on top of Group C, ahead of Liberia, Cape Verde, and Central African Republic.