Chelsea in talks over £70m deal with Bayer Leverkusen to sign Kai Havertz.

With a top speed of 35.02 km/h, Havertz was the fastest midfielder in the league last season. 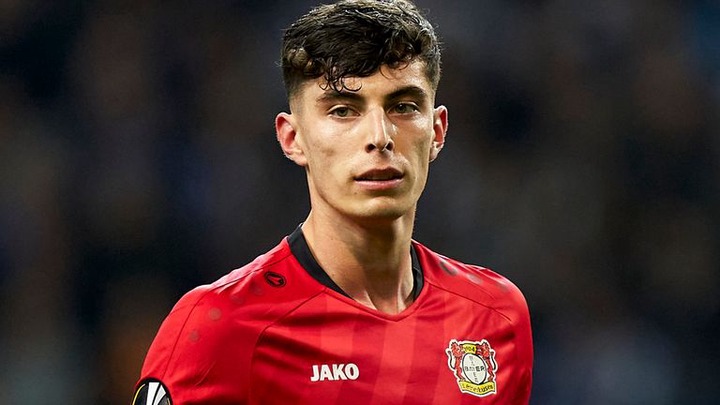 Bayer Leverkusen are understood to value Havertz at £90m but, with only two years remaining on his contract, Chelsea are looking to agree an initial fee around £70m, with performance related add-ons also to be included.

Sky Italy's Angelo Mangiante reported on Monday morning that the 21-year-old wants to join the Premier League outfit and no other team is on his mind.

A whopping nine of Havertz's 17 goals gave Leverkusen a 1-0 lead – no player in the Bundesliga opened the scoring more frequently this term. ... "He plays with passion, he's spontaneous, he's very quick, scores goals, his distribution's good, he really works for the team – and all that at such a young age."

Kai Havertz was back in action for Bayer Leverkusen on Sunday afternoon. Injury had kept the 21-year-old on the sidelines for last weekend's defeat at home to Bayern Munich as well as the 3-0 German Cup win over Saarbrucken a few days later.