Europe and South America have produced the best players in the history of football. The two Continent have good history when it comes to International competition. The FIFA world club cup, the Olympic games and the Confederations cup are the 3 International Competition that Unites the whole continent together when it comes to Football. 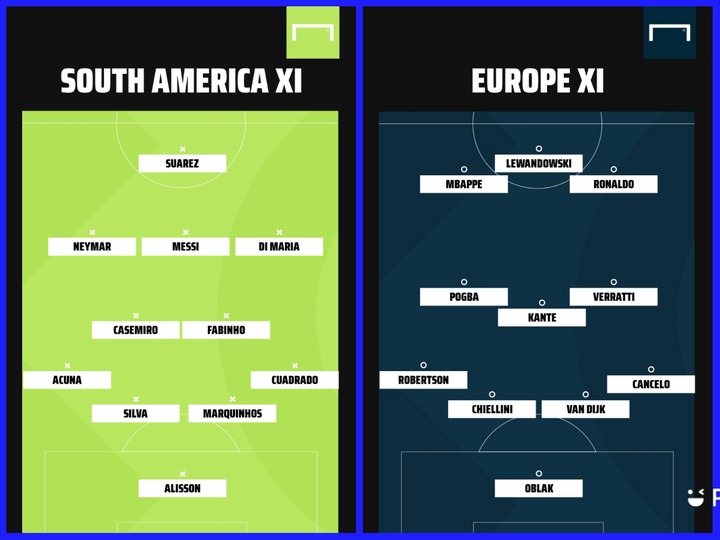 With the current European and South American players representing their countries, let's take a look at Possible Line Up for an exhibition game between the two continent.

Europe is one of the largest continent in the world. The continent is blessed with countries that are made of football stars. Countries like France, England, Germany, Belgium, Italy are known as a footballing nation.

Setting up a first eleven team from the whole countries in Europe will require a lot of a lot of stress because there are many talented footballers across Europe.

From the European Champions Italy down to the World Champions France, dozens of first eleven players will be selected out of these countries.

How Europe Line Up Might Be In An Exhibition Match Against South America.

Atlectico Madrid goal Oblak is one of the best goal keeper in the history of football. The highly rated goal keeper will be starting ahead of Donnarumma because of his experience and performance.

Dutch and Liverpool defender Van Dijk will leading the central defense alongside Chiellini. Scotland left back defender Robertson and Cancelo will maintain the full back.

Europe have one of the strongest midfielders in the world. Players like Ngolo Kante, Marco Verrati and Paul Pogba will be leading the modified. 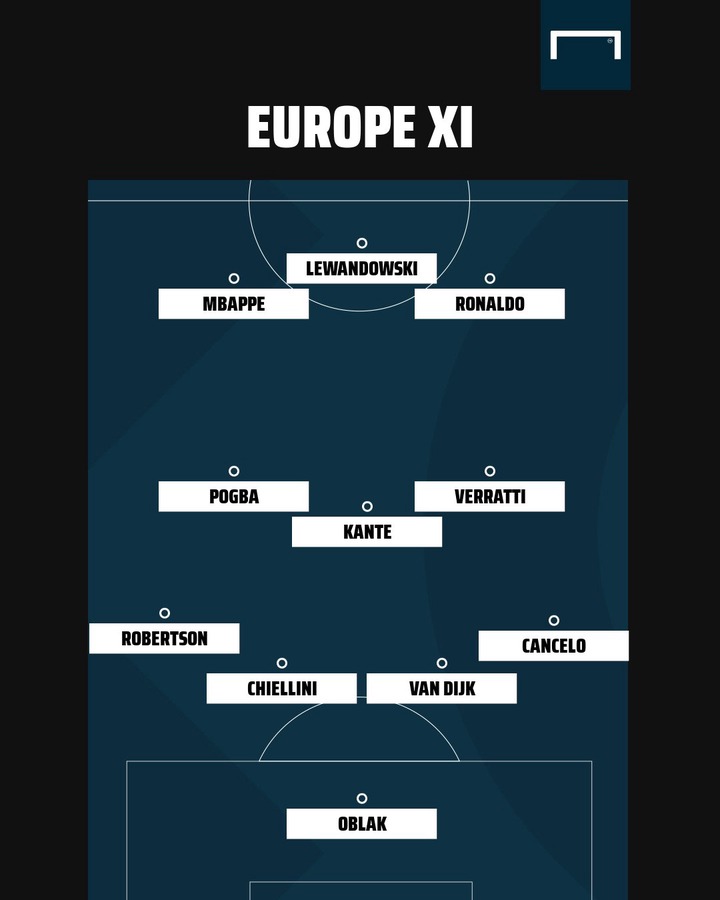 Robert Lewandowski will be leading the attack alongside Ronaldo and Kylian Mbappe.

The South Americans have talented Footballers like Messi, Neymar, Suarez and other talented players .

Let's take a look at their Strongest Line up in an exhibition match against Europe. 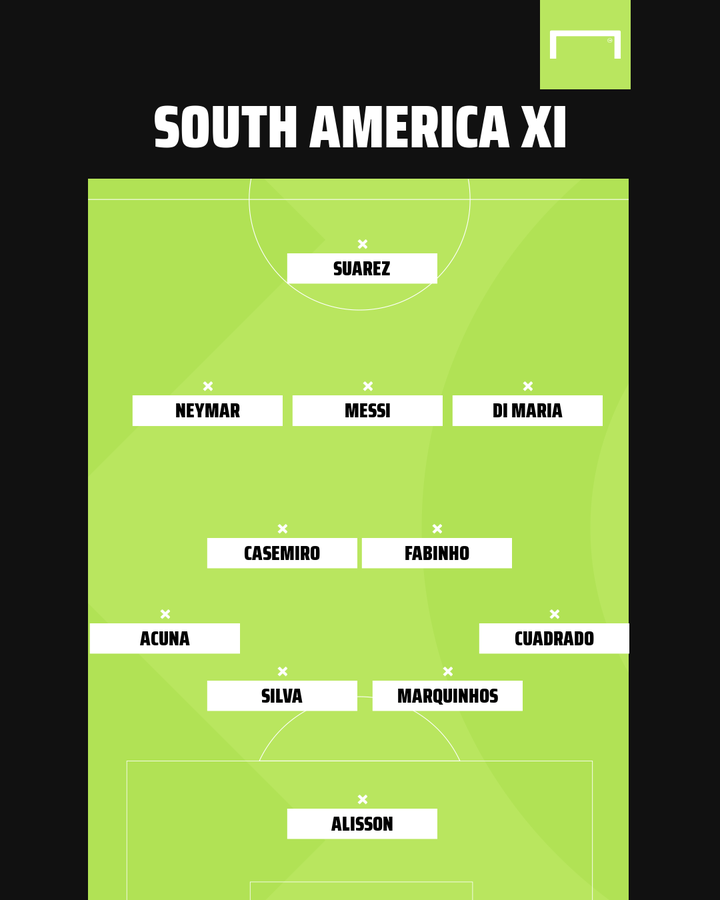 With these two possible Line up for Europe and South America, who you think will win the Exhibition Match?