Top 10 Football Players Who Are Known For Biting, Check Out Our Number 1

Please remember to follow us for more football updates at SmilesPeters. 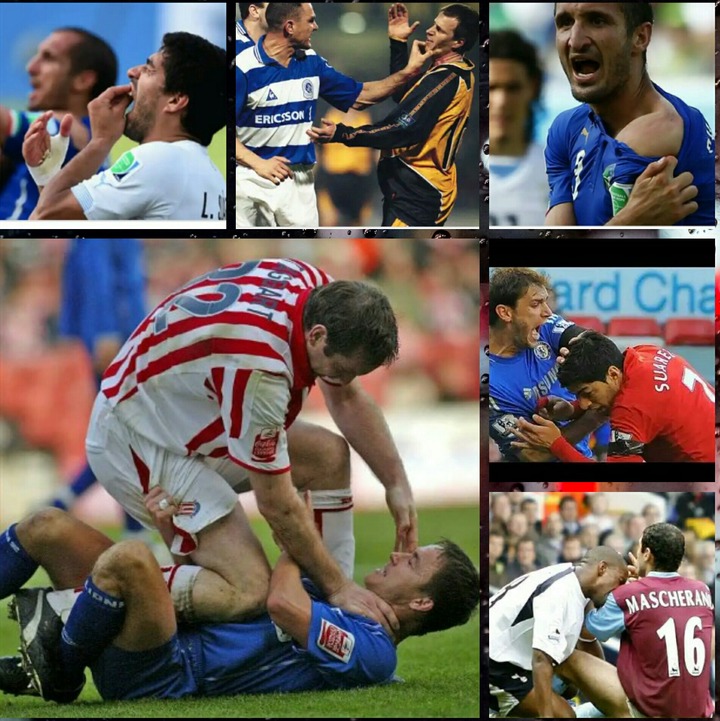 Biting in the game of football is not a thing we see regularly as it is not part of the game, yet they are some players who can do everything they can to opponents in other to have their way, hence they did bite on some occasions.

10. Oliver Kahn: The then best goalkeeper in the world (1999) was said to have bitten a Dortmund player who was an opponent " Heiko Herrlich ", in a match they ( Bayern Munich ) were losing by two goal down. He also did a kung- Fu-style kick to an opponent in a bid to calm the pressure on his team According to him. 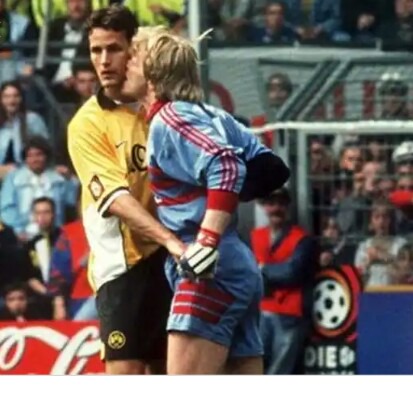 9. Nobby Stiles:The former Manchester United and England midfielder Stiles cannot be omitted from this list, with the player believed to had bitten his opponent in the 1966 FIFA World Cup final against West Germany, a match which his team won 4-2 to be World champion

8. Jermaine Defore: It was Javier Mascherano that took the bite in his left upper arm, it happened after a forceful challenge from Mascherano to the Tottenham and England striker who could no longer bear with him, hence he (Defore) bit Mascherano in the Tottenham vs West Ham match of 2006. 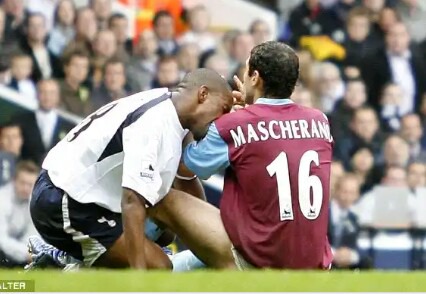 7. Dennis Wise: The former Chelsea midfielder is another player on our list for biting Real Mallorca's defender, Marcelino on the hand during the Cup winners Cup semi finals at the Stamford bridge. 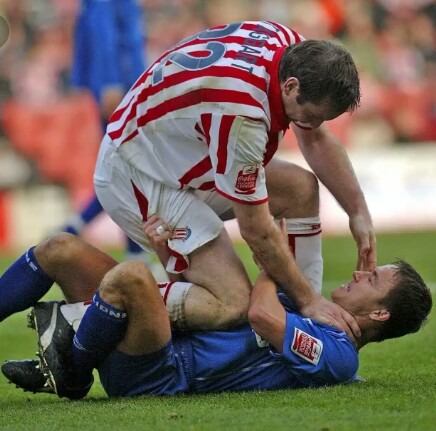 6. Joss Labadie: He was released by his club immediately after they served a 10 matches ban placed on them by the Football Association, for biting two Chesterfield players during a league 2 game between his club Torguay and Chesterfield, one of the Victims was Ollie Banks. 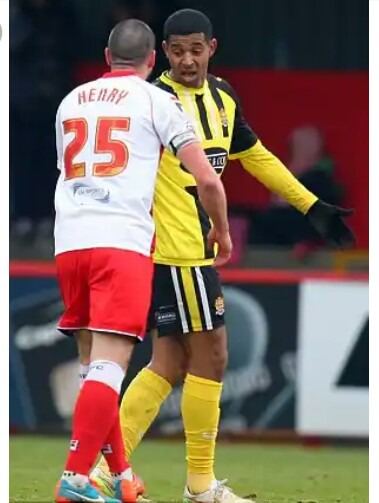 5. Fransisco Gallardo: Fransisco is also a part of this crew for biting in a game between his club Sevilla and Real Vallodid in 2001, when he bit his team mate Antonio Reyes who snubbed him in a goal celebration, he would later be fined and suspended for violating the sports dignity 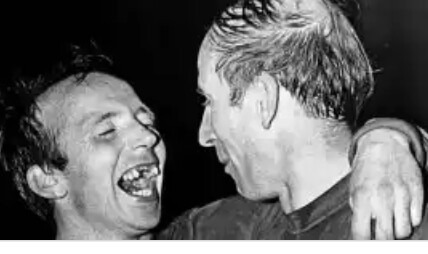 4. Gianmario Comi: Nicknamed the Vampire of the Serie B, Comi did bite De Luca his opponent after the pair broke into a fight in a defensive wall, Unfortunately for Luca he was the only person to be sent off in the match for his part in the fight, and to rob salt in his wounds Comi would go on to score his team's equalizer later in the game. 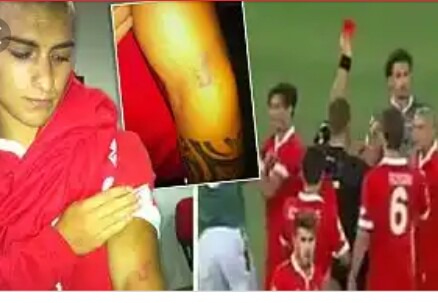 3. Viennie Jones: Jones bit the Journalist from Daily Mirror in an Interview with him after a match 1995, According to him when asked why he answered " I always do that to people ". 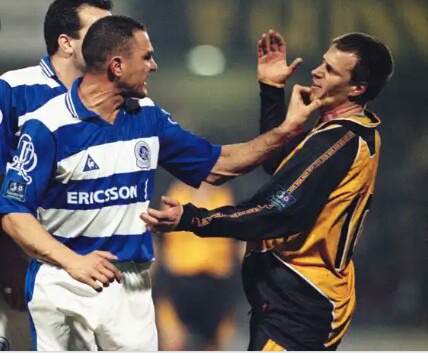 2. Patricio Gabarron: The Spanish International who is best known as Patric is the most recent to join our list, with the Lazio midfielder biting Giulio Donati in a match which Lazio lost 2-1 to Lecce last Month. He was fined £10000 and banned from 4 games. 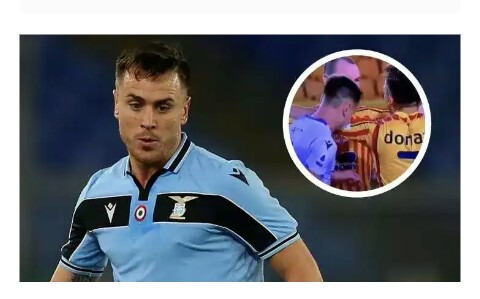 1. Luiz Suarez: He tops this list by the reason of the 3 times he had bitten an opponent, first was on Olmar Bakkel who he bit on the shoulder while he was playing for Ajax in 2010, Again he bit the then Chelsea fullback Branislav Ivanovic in a Liverpool against Chelsea game. Apologizing for his behavior he was pardoned but would still go on to bite a third opponent in the 2014 FIFA World Cup, this time he bit Giorgio Chellini of Italy and was banned from many games in the club, and 9 from for the international side. 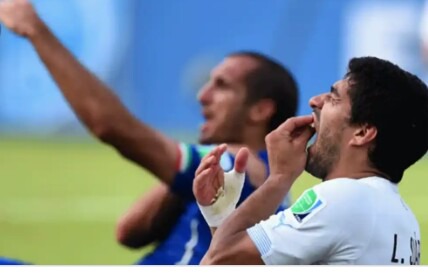 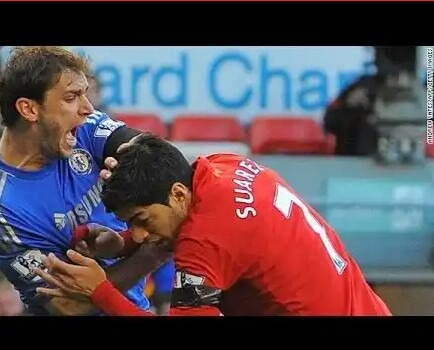 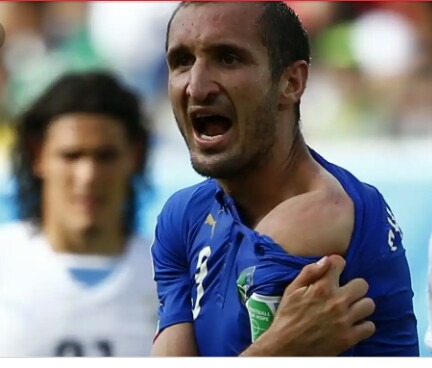 Here you have the list of the top 10 people who have bitten an opponent in a match before, please leave your comment below.