4 Players That Might Replace Maguire, Pogba, Varane, And Cavani Against Chelsea

By OfofoGist (self media writer) | 12 days ago

Manchester United squad has been hit with loads of injuries, their upcoming two fixtures will be vital for determining Carrick’s place in Manchester United. Carrick was recently appointed after the sacking of Ole Gunnar Solskjaer, his first game will be against Villareal in the Champions League. Four talented stars have been ruled out for Manchester United’s next three fixtures, Carrick will need to rotate his squad to get points from their next three matches. 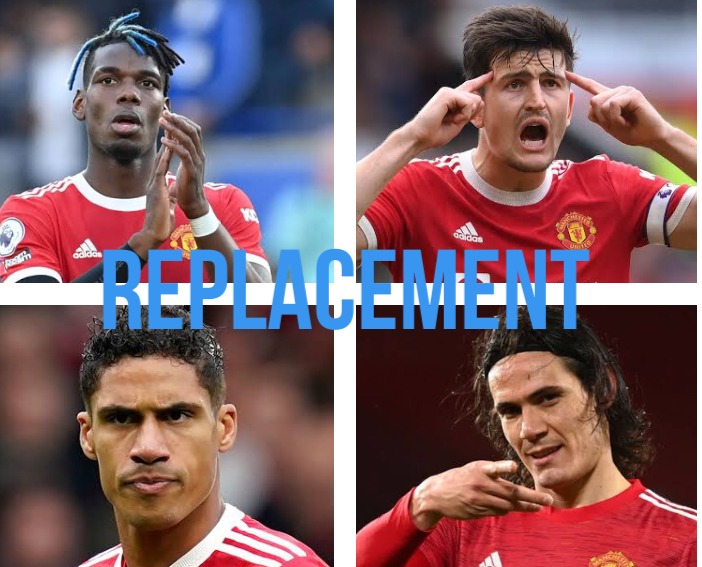 Paul Pogba has been ruled out till next month, he collected a red card against Liverpool. His red card suspension ended in Manchester United's match with Watford. Donny Van De Beek might be getting more playing time under Carrick, and he seems to be the right man to replace Pogba.

Harry Maguire picked up a red card against Watford, which makes him unavailable for selection against Chelsea. Eric Bailly’s last match was against Manchester City, and he will be in the starting lineup against Chelsea.

Raphael Varane has not played four games in a row since he arrived at Manchester United, Victor Lindelof will be the perfect replacement for Varane.

Cristiano Ronaldo has been the hitman for Manchester United this season, he has been clinical in front of goals this season.

Do you think these stars are the right players to replace Pogba, Maguire, Varane, and Cavani? Please like, share, and follow my blog for more sports updates.