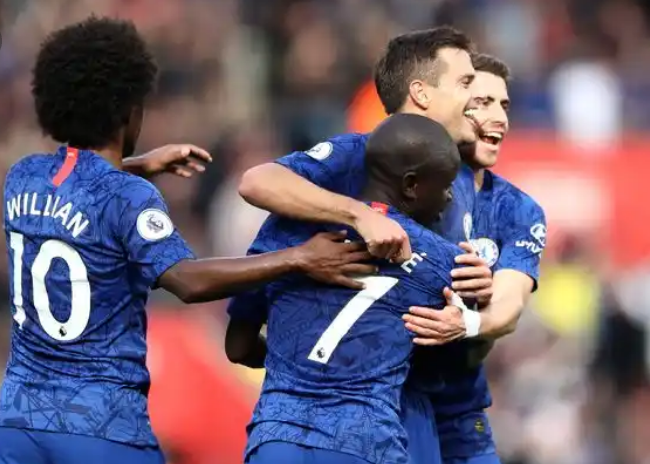 Chelsea are preparing to face Manchester United in a thrilling FA cup semifinal match at Wembley on Sunday. The Blues eliminated Leicester City in the quarter finals, while the Red Debiks required a late Harry Maguire strike to see of Norwich City in Extra time.

Prior to the game, United manager Ole Gunnar Sooskjaer had bemoaned the 'unfair' advantage Chelsea had by virtue of them having two extra days of rest. But he isn't the only one with a problem ahead of this match.

Chelsea boss Frank Lampard has had his pre match conference for the match against United, and he gave the team news ahead of the game. The biggest takeaway us that midfielder N'golo Kante will not be fit to play in the match. Lampard today confirmed that Kante has failed to recover in time as he continues to deal with a troublesome hamstring problem. Speaking in his virtual pre match conference, he said:

"The squad is okay but N’Golo Kante won’t be fit for the match,’ revealed Lampard. ‘He’s still not right so he’s out.

‘Other than that, we have a few people with a few little niggles which we’ll monitor over the next 24 hours and then we will be ready to go."

This comes as a huge blow for the Blues, who would've been hoping to have their star defensive midfielder back for the crucial game. With Billy Gilmour sidelined longterm, Lampard has two options: Jorginho and Mateo Kovacic. He opted to start both players against Norwich in the last game, but it's left to be seen if he will continue with that formation, or revert to a single DM 4-3-3 formation with either Jorginho or Kivacic at the base of the midfield.