What you don't know about Brazilian legend Adriano

By NedSteve (self media writer) | 2 years ago 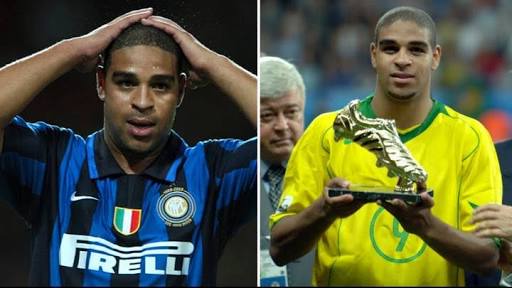 Adriano leite Ribeiro,commonly known as Adriano is Brazilian professional footballer.A power striker known for his long range left footed strikes.However Adriano career was marked by inconsistency.One of the best strikers in the world in the mid 2000s,he had five prolific seasons in Italy with parma and inter Milan,before a decline in his performance following the death of his father.Adriano won four scudetti for inter Milan,And after moving back to his native Brazil he won the Brasileirão for flamengo and Corinthians.

Later in 2010 Adriano was charged for drug trafficking but was letter in 2014 a judge, in Rio de jeneiro cleared Adriano of the charges.

Adriano was such a great player its very unfortunate that he was not able to win the world best player award.

Drug and nightlife really shattered the career of adriano, that's why he has been forgotten by many people.But that won't remove the fact that he was great player.

Content created and supplied by: NedSteve (via Opera News )