Hazard's scan results show that he will be back soon but can Belgium survive Italy in his absence?

By Swatman (self media writer) | 7 days ago Belgium lost carelessly to France during their UEFA Nations play-off yesterday. Roberto Martinez's boys went 2-0 up in the first half but still lost the game. Romelu Lukaku registered on the scoresheet once again after Yannick Carrasco's first goal.

The game really turned around in the second half when Didier Deschamps' boys started bagging in goals. Karim Benzema scored the opener for the French team followed by Kylian Mbappe's penalty.

When the two teams thought it was all over, Theo Hernandes scored a 92nd minute goal which separated the both teams.

Eden Hazard was substituted in the second half, he got injured on his ankle and that made Roberto Martinez to substitute him. This happened at the 74th minute of the game and that was when Belgium's game play changed.

Eden Hazard was one of Belgian best players in the first half, he did not score a goal but the two goals came as a result of his brilliant dribbles. Sources have recently confirmed that Eden Hazard's injury is not serious and the world-class attacker will return soon. However, it is an ankle injury and that might take over a week or more than that.

Meanwhile, Belgium will play the UEFA Nations league 3rd place with Italy on Sunday. It is quite obvious that Eden Hazard will miss the game. 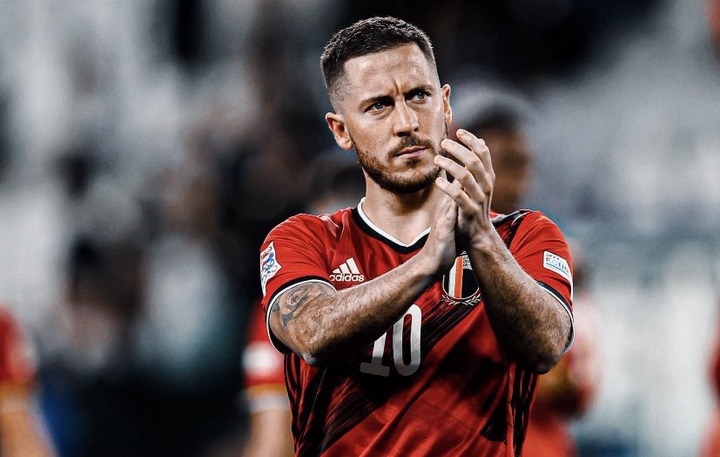 The question now is, Can Belgium survive Italy in the absence of Eden Hazard. Spain beat Italy at home last 2 days, the last time the Italian team lost a competitive game at home was in 1999.

The Italians got a red card against Spain and that explain the reason behind their loss. Despite the red card, they still managed to score a goal which was led by Federicio Chiesa.

I think Belgium have slim chances of surviving against Italy, they have Kevin De Bruyne and Romelu Lukaku but Eden Hazard brings more to the team.