After VAR Cancelled United's First Half Goal, See How Their Coaches Reacted That Caught Attention

By Tidings (self meida writer) | 28 days

There was a little controversy in the first half of Manchester United's premier league clash with Totenham at White Hart Lane today. The reds went into this clash having lost the first leg at Old Trafford with an embarrassing 6-1 scoreline. A win would also ensure that they cement their place as they hunt automatical champions league qualification next season. United started really well and they raced Into an early first half lead thanks to a wonderful strike from Edinson Cavanni who was put through on goal by Paul Pogba. But bizzarely, the goal was chalked off by the referee after consulting the Video Assistant Referee. 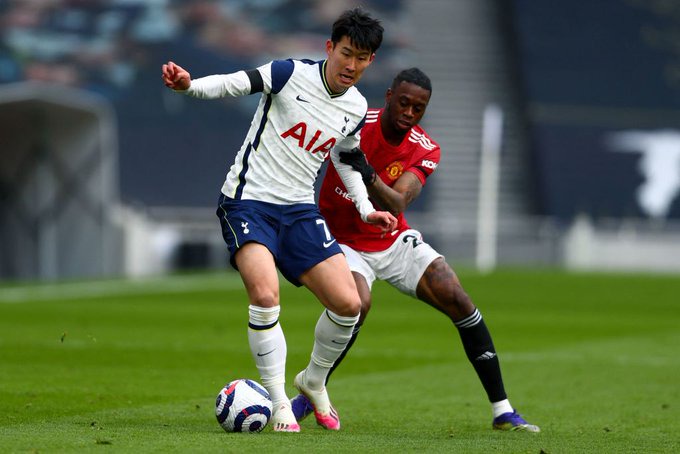 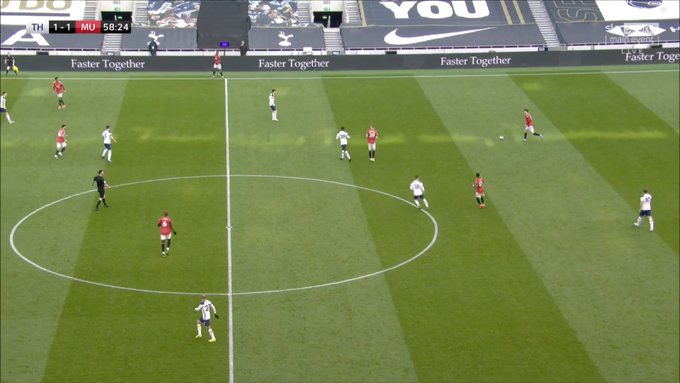 The reason for disallowing the goal was really controversial and it was a small drama in the build-up. Scott Mactominay had the ball with him and his hand was held by Son. He brushed off his hand and ran away with the ball but he hit Son in the face in the process of trying to free himself. Son fell down theatrically and that led to the goal being chalked off. Below are photos of the incidence. 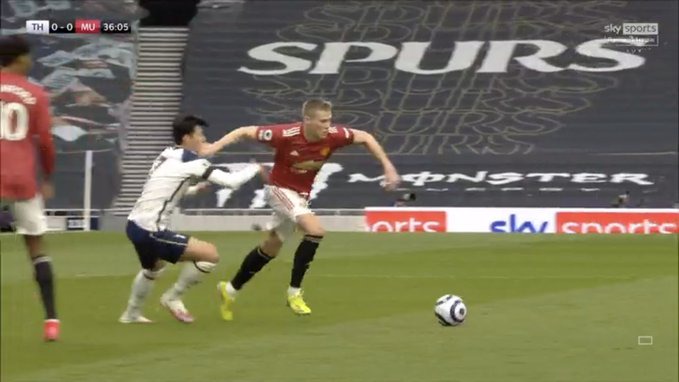 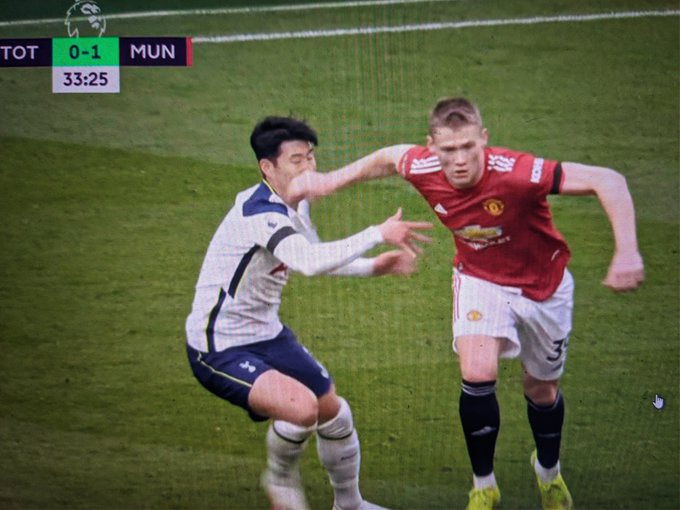 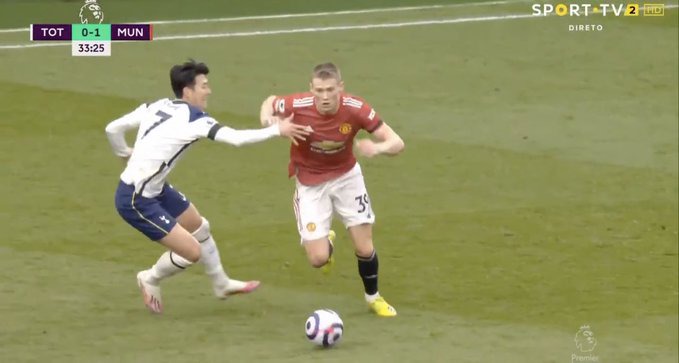 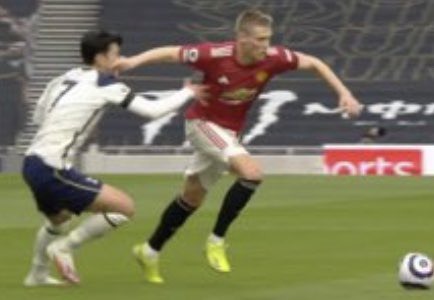 United coaches were visibly upset and Ole Gunner Solskjaer was angry but it was assistant manager Mike Phelan's reaction that caught people's attention. He rested on the chair like someone who was who could not believe what he just witnessed, like saying 'the premier league is dead'. Below is a photo of him. 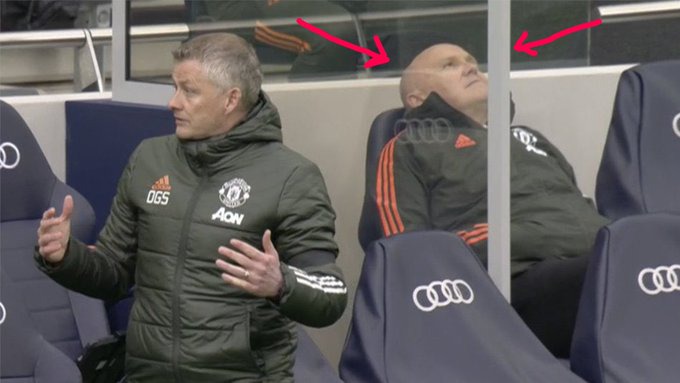 That reaction caught the attention of the fans and they talked about it a lot on twitter. Below are some of them. 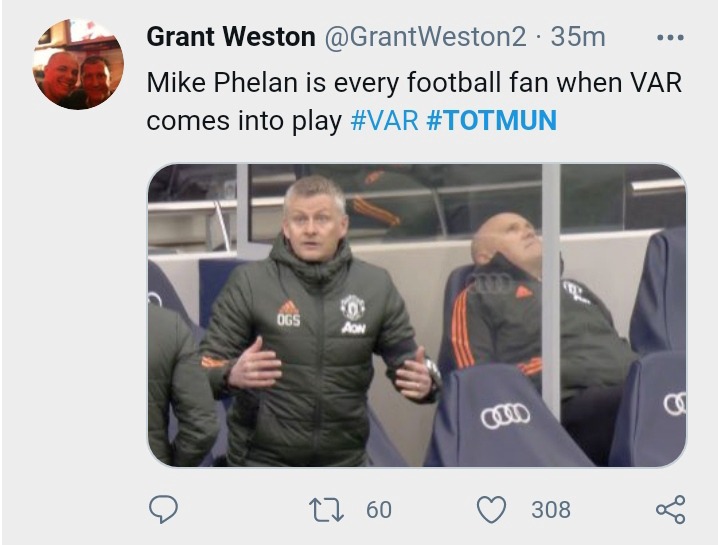 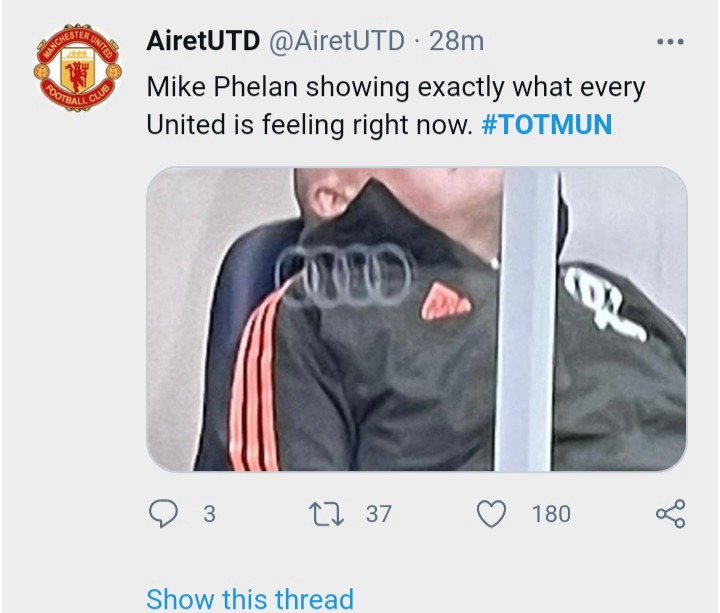 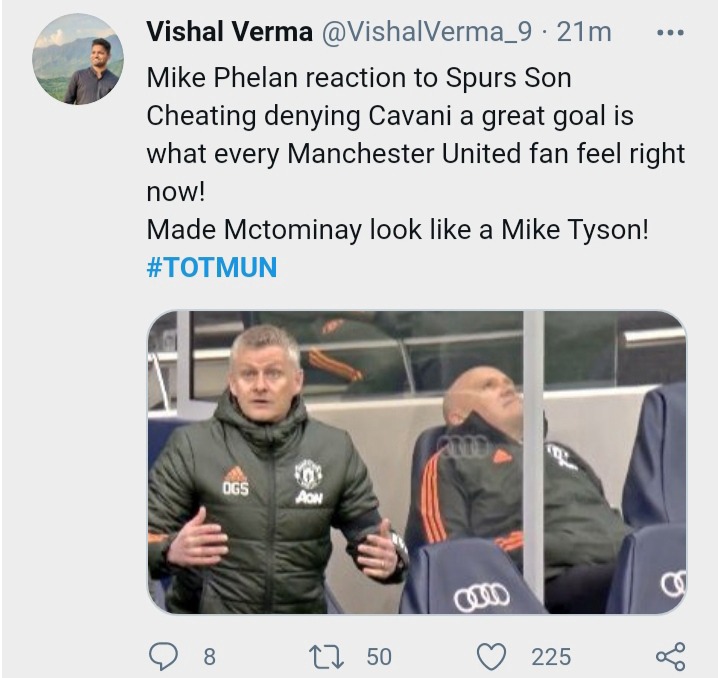 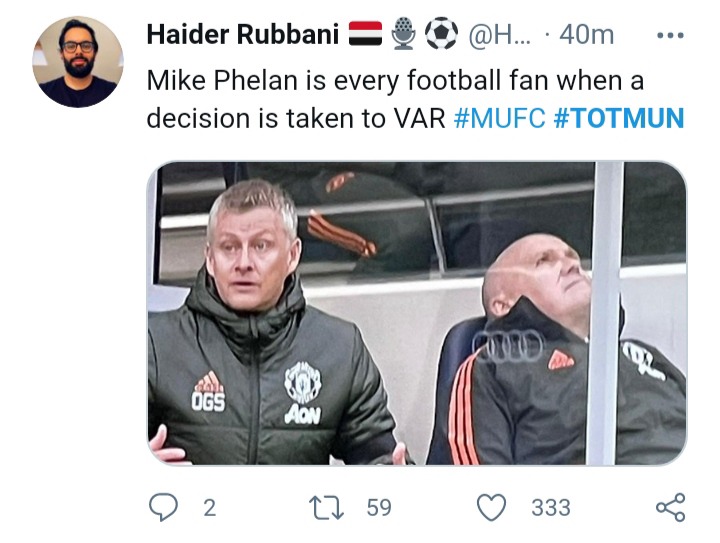 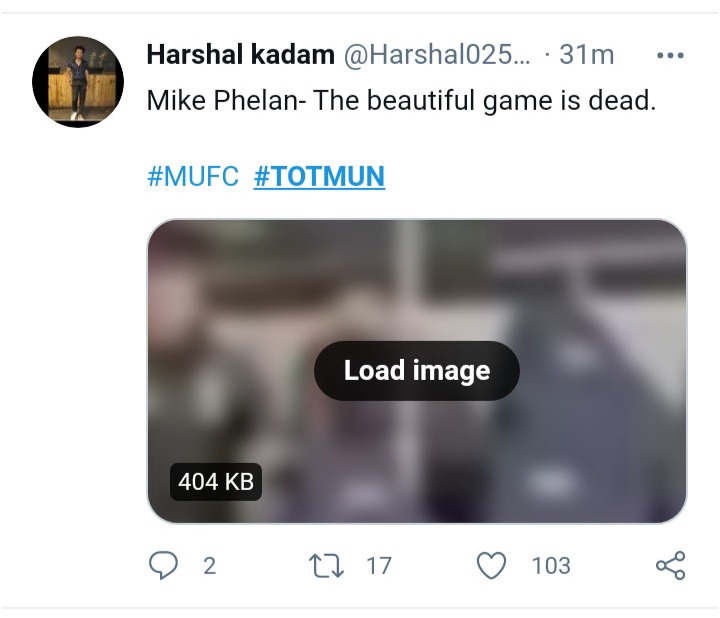 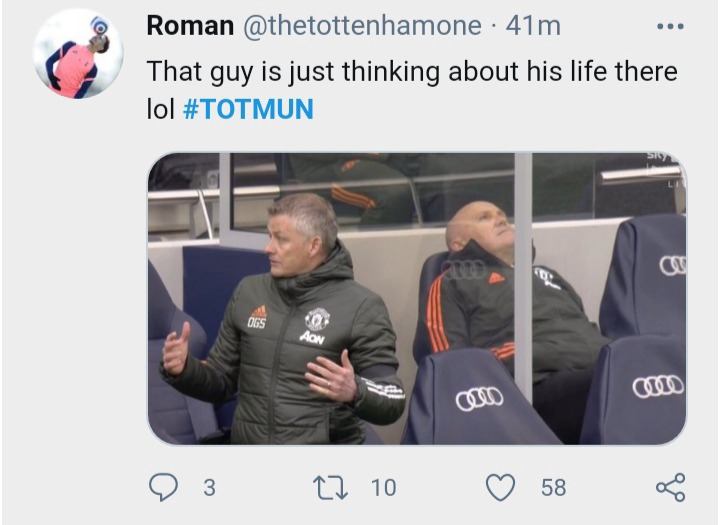 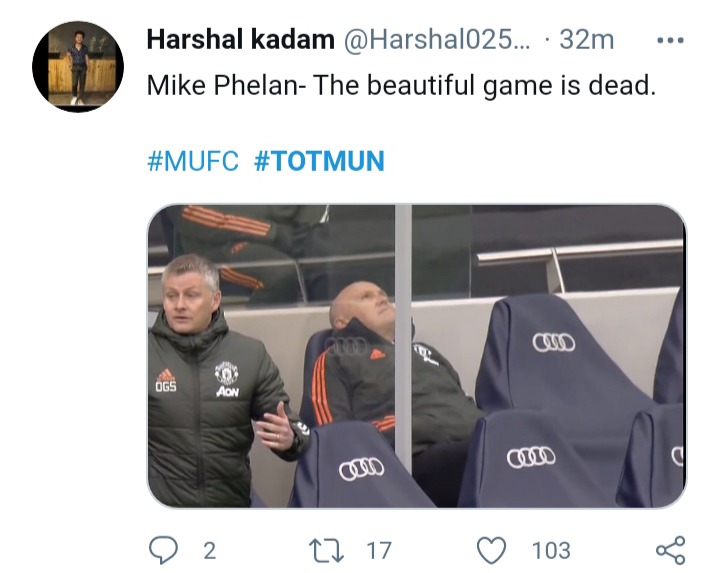 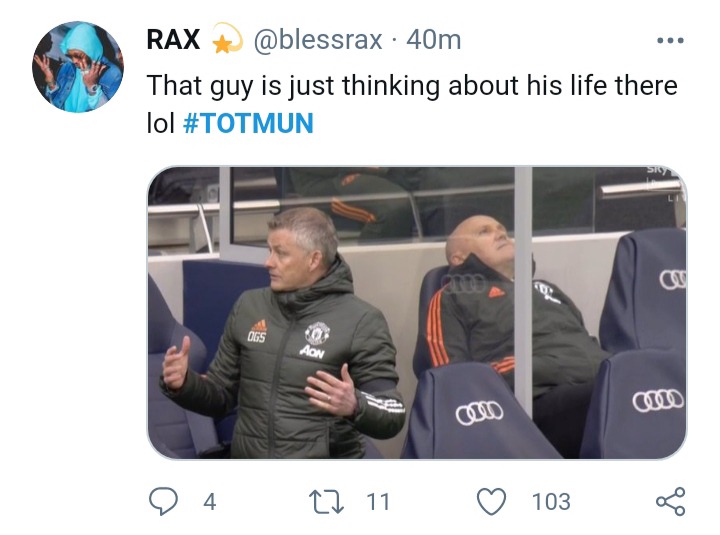 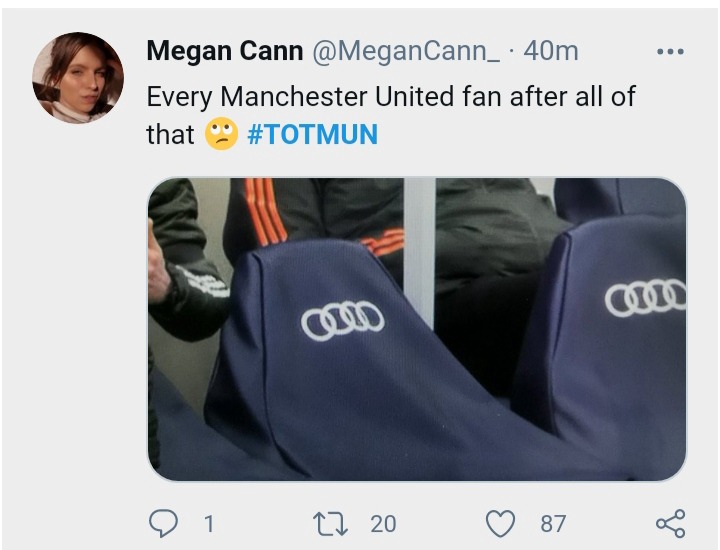 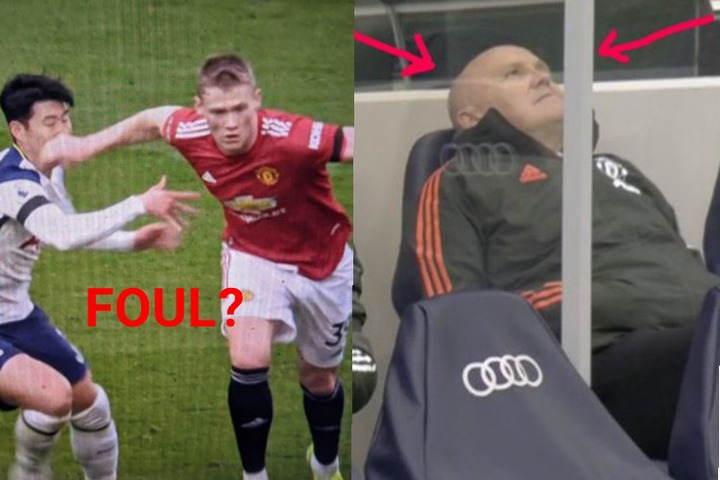 If your watched the game, do you believe that the goal was rightly disallowed or not?

Liverpool Step up Their Pursuit of Arsenal Target Bissouma