By Nasagist (self media writer) | 9 days ago

The 30 man shortlist for the Ballon D'or award has been announced. Coincidentally, a lot of popular names in the world of football made the list. 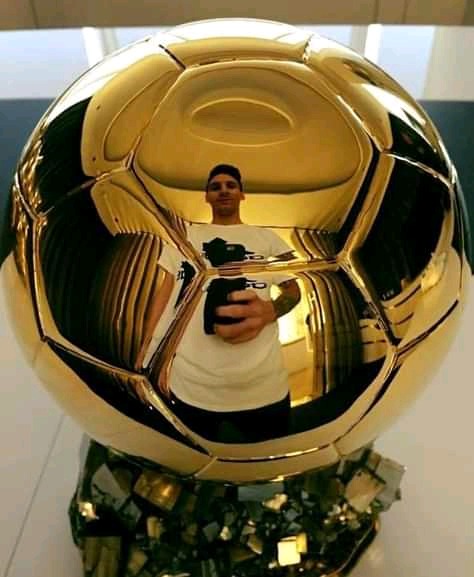 There were also some football players whose names ought to be on the list due to their exploits since the year began but were omitted. 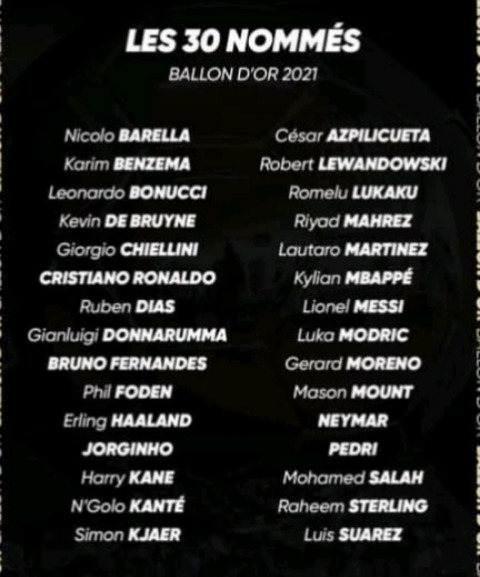 1. Edouard Mendy: the Chelsea football club goalkeeper had a phenomenal year with the club. His heroics and brilliance kept the team going all through the year. The story of his efforts between the sticks helped the team to win the UEFA Champions league trophy. He also had the most clean sheet in the competition. He has been excellent even in the current season, one of such matches that can throw more light on why he should be on the list was the match against Liverpool FC which ended 1-1. Despite been nominated for the Yashin Trophy, he ought to be nominated for the Ballon D'or award.

2. Thomas Muller: The Bayern Munich and German attacker ought to be on the list. He scored 11 goals and broke the assist record in the German Bundesliga by assisting 18 times. While Lewandoski was scoring, the 32 year old was doing the behind the scene job.

3. Antonio Rudiger: the German defender cannot be forgotten when the story of the Chelsea's 2020/2021 UEFA Champions league triumph is narrated. He has been a rock in the Chelsea defense all year. He won most of the aerial challenge he attempted. He scored some goals also during last season. 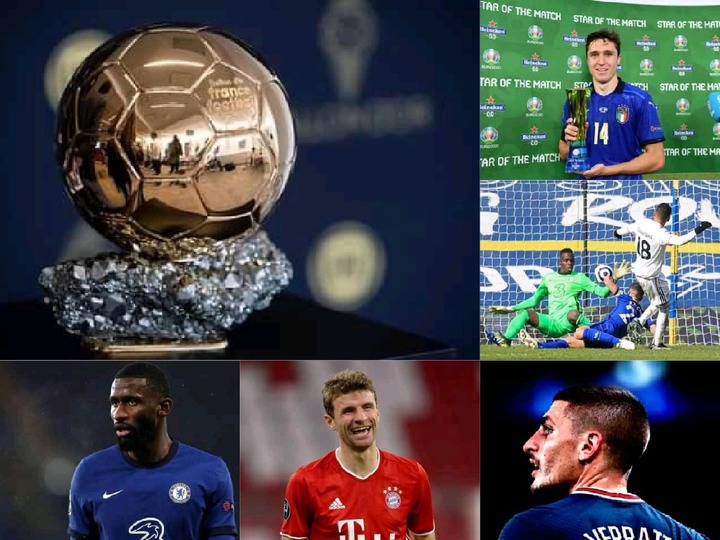 4. Marco Varrati: the Italian born midfielder was a regular as the Italian national team won the EURO 2020. He is also part of the dominant Paris Saint Germain team.

5. Federico Chiesa: the Italian forward has been in blistering form all year. He led the frontline of Italy as they conquered Europe during the EURO 2020 tournament. This season, he has also been scoring goals too.