Jack Wilshere has joined arsenal and is working with the club to resume his stalled career.

Jack Wilshere has joined arsenal and is working with the club as he prepares to resume his stalled career.

Since leaving Bournemouth at the conclusion of last season, the 29-year-old, who was once tipped for superstardom after emerging through the Arsenal junior systems, has been without a club.

His situation has been complicated by a long list of injuries, but the former England international has been eager to demonstrate to prospective teams that he is fully healthy.

With Wilshere on the lookout for a new club, the Gunners have allowed him to focus on his fitness while pondering his future move.

"What you should believe is that we want to assist Jack prepare for his next level, physically and emotionally," manager Mikel Arteta stated.

"He wants to retake his coaching badges, and we are prepared to meet all of his requirements." That is the core concept, and it does not go any further.

"I'm overjoyed to have him back." We spoke with Jack and learned about his needs and the period he is going through, and I believe everyone at the club decided that now was the best time to assist him.

"We sat down with him and listened to what he wanted to do and where he was at, and we're ready to help him in any way we can."

"He'll be training with us on occasion, he'll be around the place, he'll be completing his coaching badges, which he's really interested in, try to get him healthy, try to pass on his experiences to our players, our young players, our academy, and I think it'll be a fantastic impact to have around." 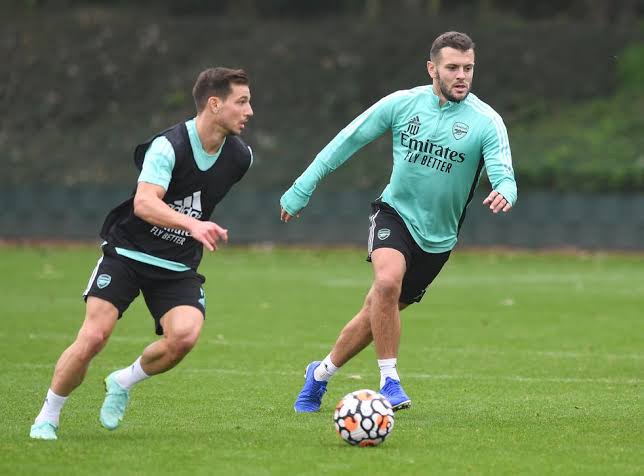 Why is Wilshere having trouble finding a club?

Wilshere's injury history has surely been a deciding factor in clubs' decision to pass on a lucrative contract offer to the former PFA Young Player of the Year.

Since then, he has only made 14 league appearances in two seasons, with persistent injuries keeping him out for extended periods of time.

But Wilshere argues that those problems are now behind him, claiming that his restricted playing time with West Ham during a two-season tenure was due to a lack of selection rather than an injury.

"To be honest, I'm waiting for the ideal occasion to present itself." But, having said that, nothing has come up and nothing is occurring right now."

Is it possible for him to stop playing?

Wilshere has acknowledged that he has discussed the potential of hanging up his boots with his girlfriend, and given that he is also working on his coaching qualifications, a new direction could be on the cards.

"With the scenario I'm in and people saying no or not even giving me an opportunity, yeah 100 percent," he stated of retiring from sports.

"I had this chat with my wife not long ago, and I just asked her to tell me when, not when I'm'mugging myself off,' but when I'm trying, training every day on my own, and I'm questioning why I'm doing this if the club is just saying no."

"Look, just tell me when it's enough, stop going to training on your own, and maybe try to focus on something else," I told the Mrs.