10 Richest Club Owners in The Premier League After the Newcastle Takeover.

By CalistoSports (self media writer) | 8 days ago

The money in football has continued to increase in recent years. As clubs sign partnership deals with other firms outside football, so does their finances increase. Aside to such deals, another way clubs become wealthy is as a result of how rich the club owner is. 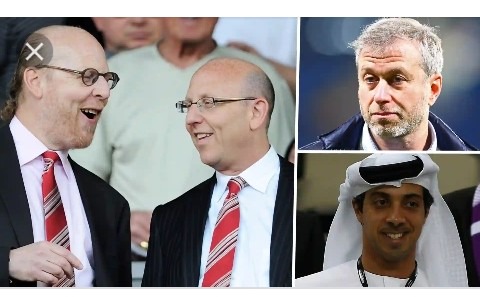 Owners of football clubs are among the wealthiest of people in the world. In football today, the cash available at top European clubs make them very attractive to players and coaches as well. With the recent take over of Premier League club Newcastle United, another wealthy owner has arrived in the Premier League.

The question now is where does he rank among the richest owners in the league at the moment. To know this, let us take a look at the 10 richest club owners in the Premier League, according to Goal. Note that, we shall include the new owners too.

According to Goal, here are the 10 richest owners in the Premier League. 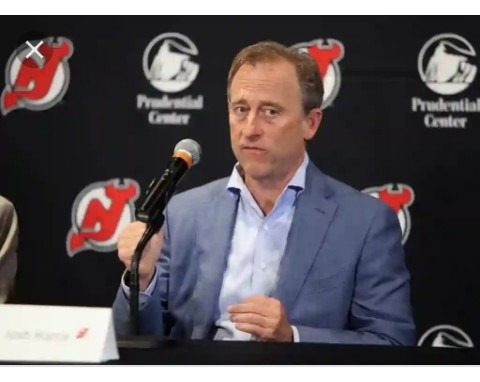 Joshua Harris may not be so known like the other owners on this list, but he is also one of the wealthiest around. Although he only owns about 18% of the Eagles, his $4.3bn worth makes him one of the richest in the Premier League. Joshua is joint owner at Crystal Palace. 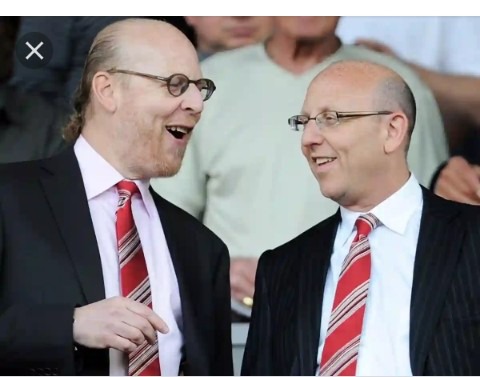 American owners of Manchester United are next on this list. The not so loved owners of the Red Devils have a $5bn worth, which makes them one of the richest around in the Premier League. 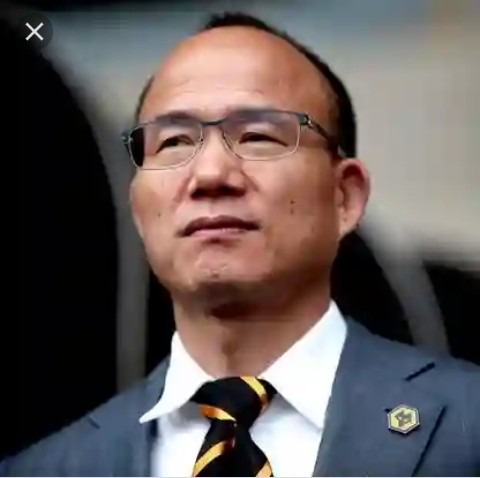 Guangchang has invested heavily in the team since he took over Wolverhampton Wanderers in 2016. Under Nuno Espírito Santo, they were very impressive.

His $5.6bn is aided by other ventures in mining, insurance, pharmaceuticals, healthcare, property, steel, retail, and services. As a result, he is one of the richest owners in the Premier League at the moment.

Nassef Sawiris is a member of one of the richest families in Egypt. As a result of the family's riches, Sawiris had successes in doing business with numerous construction, engineering and building companies.

The currently ranks one of the richest owners in the Premier League. He was able to buy a 55% controlling stake at Aston Villa from the club's former owner Tony Xia in 2018. He is worth around $5.8bn.

Joe Lewis owns 70.6% and investment company, which enabled him to buy a controlling stake in Tottenham Hotspur from Lord Alan Sugar in 2001. At the moment, he and co owner Daniel Levy are worth around $6bn. 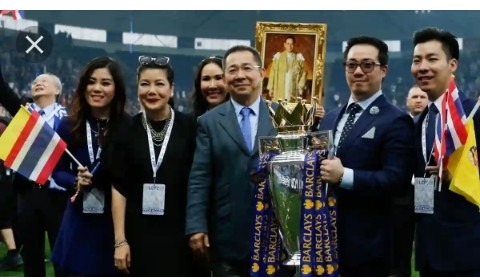 The Srivaddhanaprabha family who own Leicester City are so loved by the club's fans and many lovers of the league as well. The current FA Cup holders have one of the richest owners in the Premier League. They are valued at $6bn. 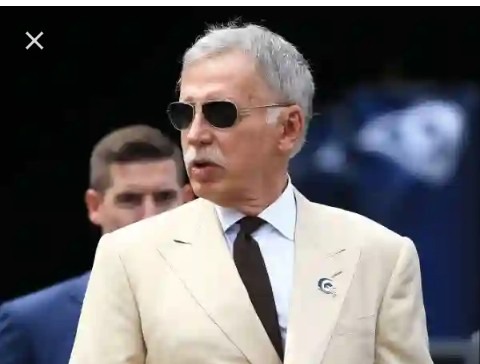 That Stan Kroenke is appearing so high on this list is a bit surprising considering how Arsenal seem to have fallen. With a worth of around $10bn, he is certainly rich. That he appears to lack interest in the club is hard to swallow. Still, he is one of the richest owners around at the moment. 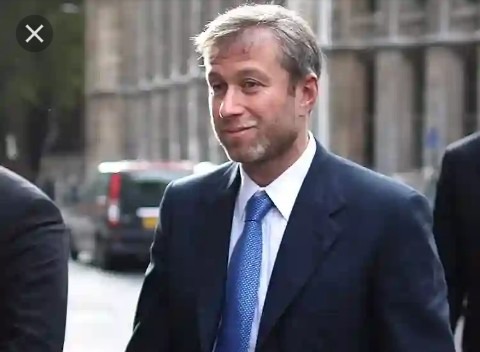 Under Russian billionaire Roman Abramovich, Chelsea have become one of the biggest clubs on the planet. After his take-over of the Blues in 2004, his stock has continued to rise. As it stands, his net worth is a whooping $11.3bn.

Sheikh Mansour is the chairman of the International Petroleum Investment Company, which means that he has a lot of many to spend. With the obvious investment at Manchester City, he has done exactly that. 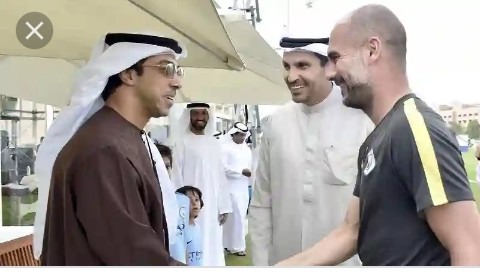 Mansour is worth around $20bn at the moment. He was the richest club owner around before the recent arrival of the Newcastle owners. Since he arrived at Manchester City, they have been winning trophies with relative ease.

A trending topic statement on Opera News Hub reads "The Mike Ashley era at Newcastle United has ended as the management announced the sale of the club to a consortium comprised of Amanda Staveley’s PCP Partners, the Reuben Brothers and the Saudi Arabian Public Investment Fund for £305million." 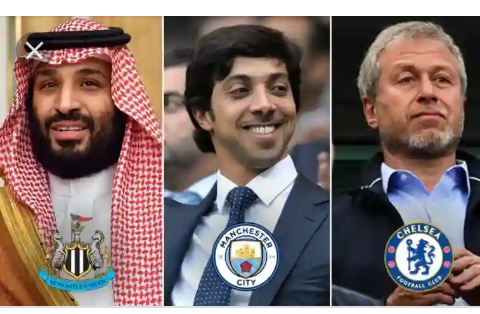 So, there you have it, there is a new rich club owner in town. We can only eagerly anticipate changes at Newcastle. The big clubs will have to take notice, another challenger may have arrived. 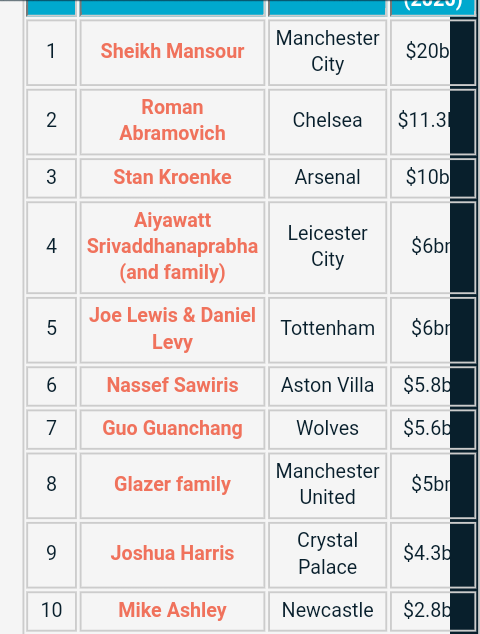 As December 2020, the list was like this. However, the new Newcastle owners have cause the slight between the data in the image and that of the article. Obviously, they have been included in the article while they didn't appear in the image.

In fact, it is Mike Ashley, the former owner of Newcastle United who drops out of the list. He used to occupy the 10th spot before.