Mason Mount has come a long way at Chelsea, from being an academy prospect sent on loan to gain experience, to being the club's best player this season. The last Chelsea academy graduate to captain the team at a very young age was John Terry and now Mason Mount seems to be following in his footsteps. The 21 year old Englishman had a breakout year in the Chelsea academy set, thr following season it was agreed that a loan was the best for him at a tender age of 18. He went on loan to Vitesse in Netherlands and there, his fame and influence grew in the team and the league. He scored more than 10 goals for Vitesse and the season after that, he moved to Derby County and this time under the tutelage of Chelsea legend Frank Lampard. 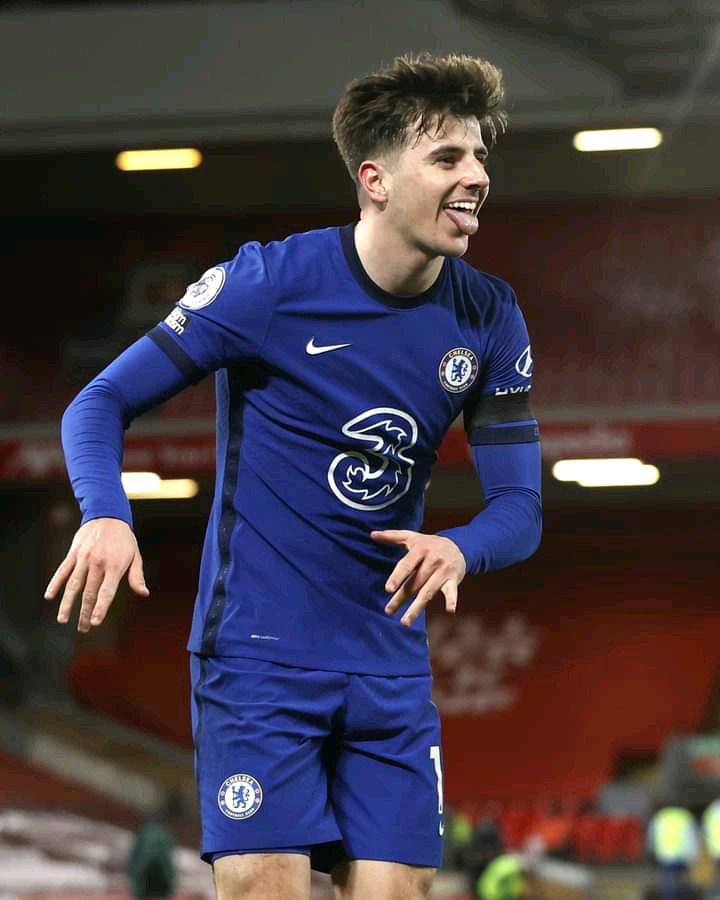 Frank Lampard saw in him what others could not see and made him the back bone of his team. When Lampard took the Chelsea job at the end of the season, it was obvious that Mount was not going anywhere and would be playing his first season for Chelsea. And we all know as the story goes, Mount established himself immediately and was a hotshot for Chelsea. Critics came from left, right and centre, criticising Lampard for his decision to play Mount regularly, citing the youngster lack of goalscoring consistency as the main reason why he should be dropped. 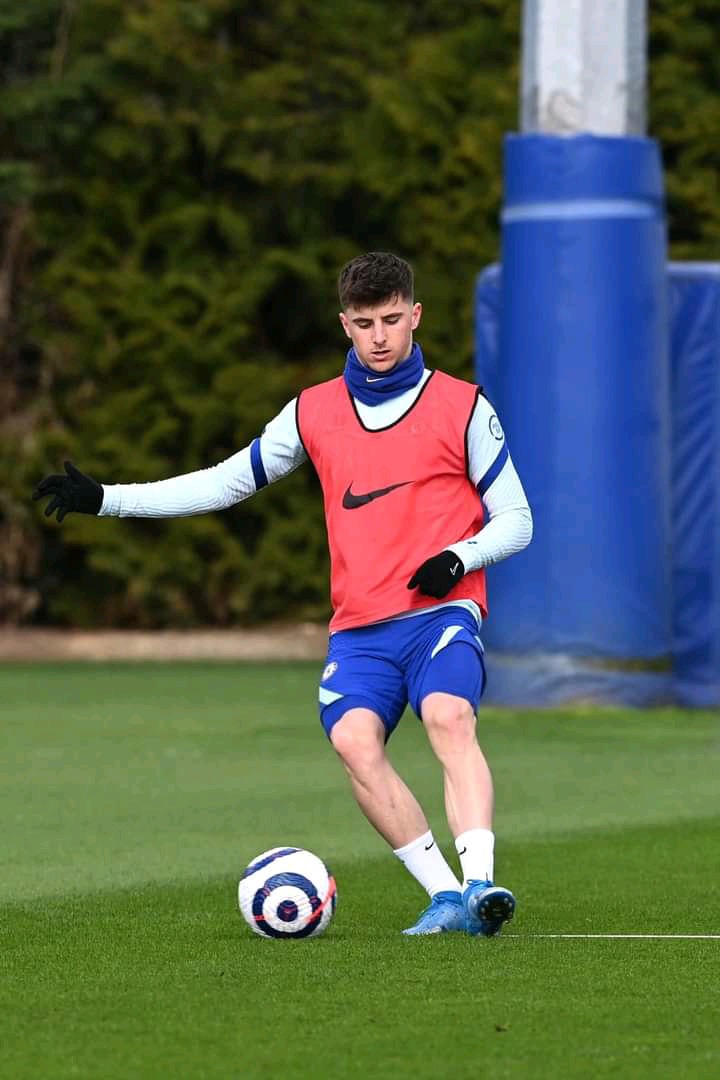 Thank God Lampard never listened but instead made Mount work harder. Now the Chelsea legend is gone and Thomas Tuchel is now the manager at Stamford Bridge. Many expected Mount to be thrown under the rug but surprisingly to them, Mount has even gone a level higher and has become Chelsea's best player.

Thomas Tuchel has been asked about his opinion on Mason Mount and he talked about him with pride in his eye, like a father would take about his son who is doing extremely well. Over the months, the pair has grown very close, as Thomad Tuchel now trust Mount, more than any other player in the Chelsea team. 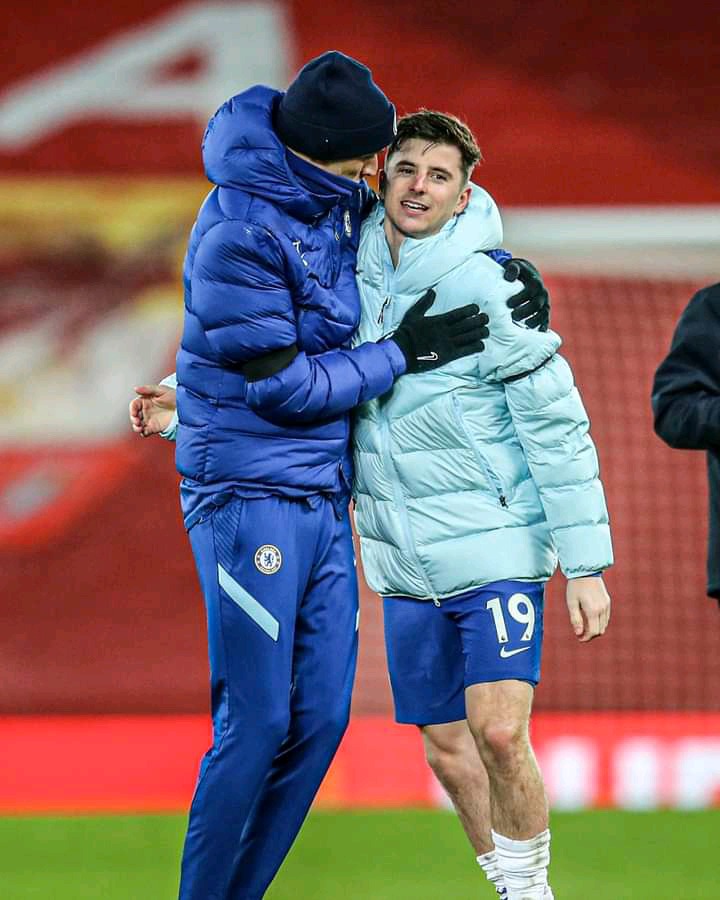 Tuchel even made his captain some few weeks back, to show you the level of trust he has on Mason Mount. Yesterday in training, the pair were spotted doing something else while the whole team trained; they were just standing, discussing and having a laugh together. From the looks of it, one could not be wrong if he thinks they were discussing tactics and all that.

The last time we saw this kind of player manager relationship at Chelsea was when Maurizio Sarri and Jorginho were together at Chelsea. Both were always seen laughing and talking during training and now it seems that Tuchel and Mason Mount have that kind of relationship too. Here is the pictures of the pair from training.... 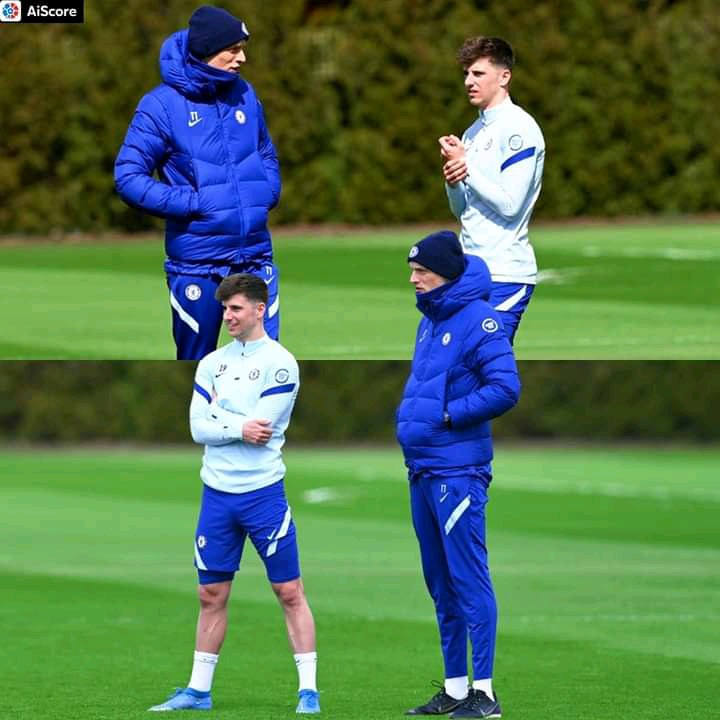 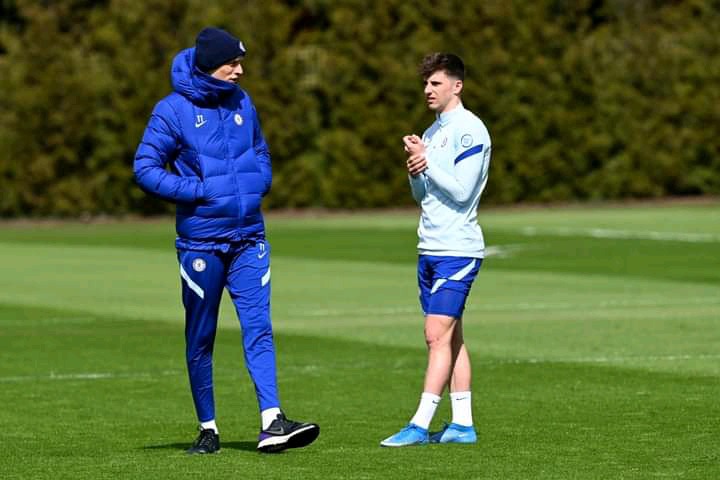 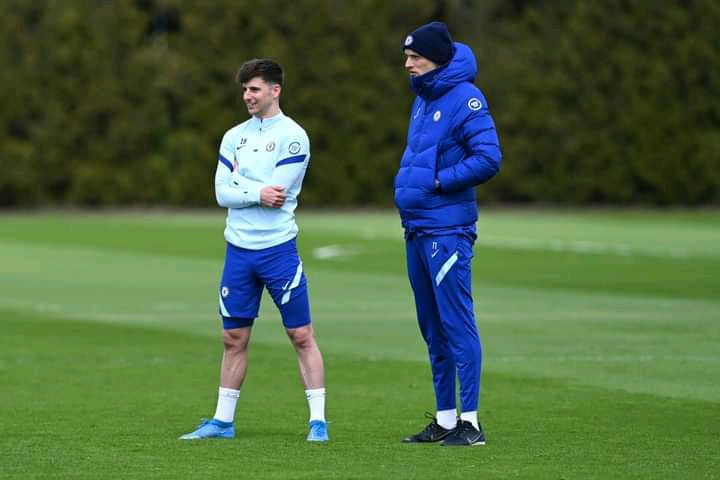 Even until now, I don't really understand why Mount gets called out all the time. England manager, Gareth Southgate has spoken so highly of him yet, the critics seem to think otherwise. Mount is already leaving his mark at the club, and with Thomad Tuchel guiding him and his teammates, Chelsea could become a completely different team by the time next season come around. 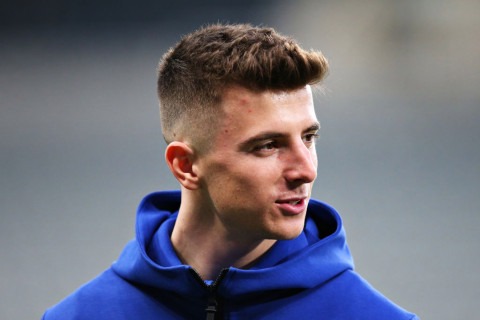 Opinion: A Timely Advice To All Prospective Corps Members On How To Utilize Their Service Year

Uche Ogbodo Is 35 Today, See The Photos She Posted, And The Comments She Got From Fans

"I Went To My Boyfriend's Place To Cool Off", Priscilla Ojong Finally Reveals In a Recent Video

Cook Your Vegetable Soup Without Oil, By Following These Simple Steps

Video And Pictures Of 10 Moveable Bridges Around The World.

Meet The Man Who Bought His Casket, Dug His Grave & Celebrated His Burial While He Is Still Alive