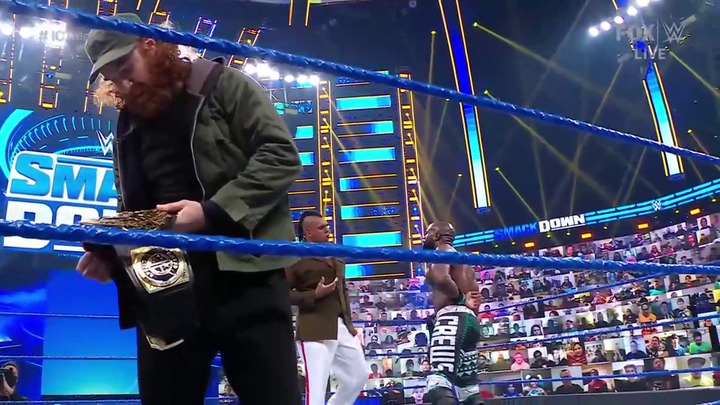 Wrestler of Nigerian descent Apollo Crews was in action in the latest episode of SmackDown live where he was given the task of defending his World Wrestling Entertainment Intercontinental championship.

Former Intercontinental title holder, Big E was rewarded with a rematch for the prestigious championship he lost at WrestleMania against Apollo Crews. 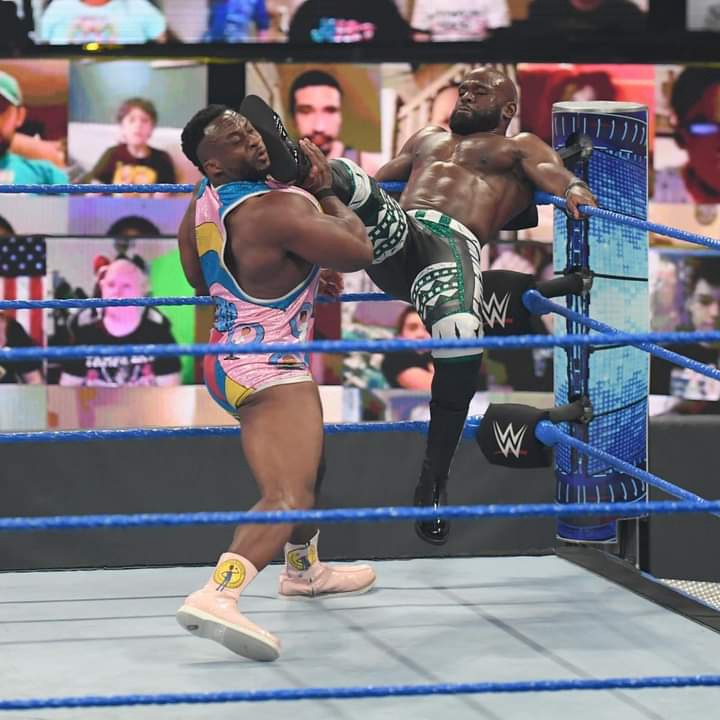 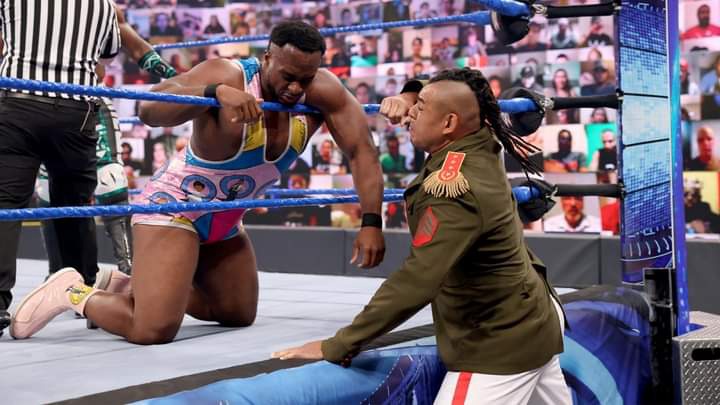 The powerhouse of positivity defeated Apollo Crews through disqualification when Commander Azeez got involved illegally. However, Big E could only win the match by pinfall or submission with the champion always having the advantage with count out or disqualification. 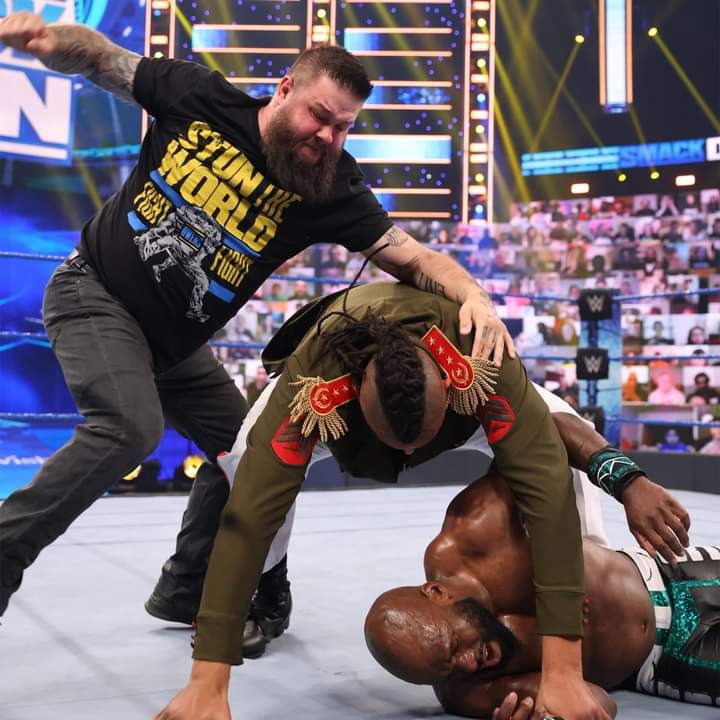 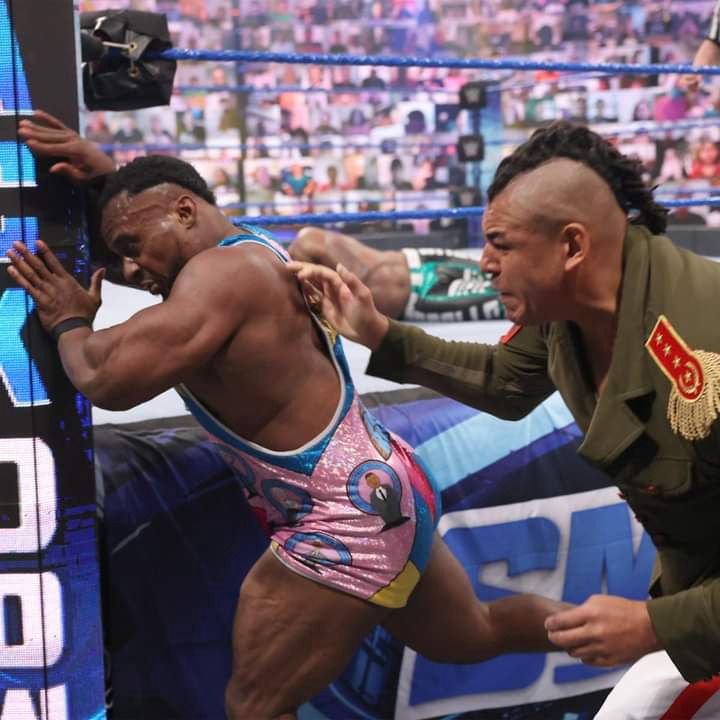 After the match, Kevin Owens entered into the ring to attack Commander Azeez, but the numbers game was favouring the Nigerian duo. 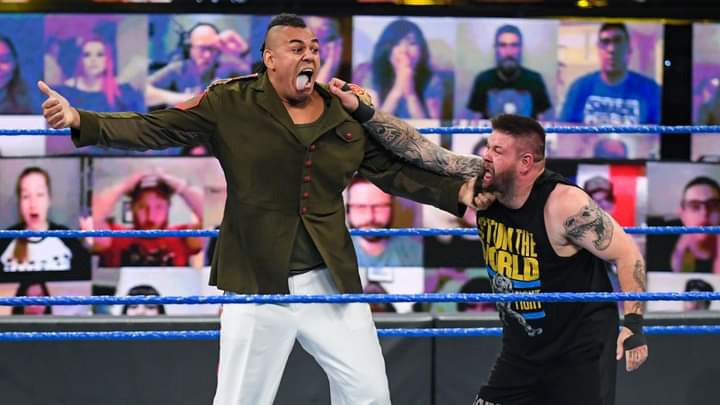 Big E came to the rescue of Kevin Owens from the Nigerian Nail, both Kevin Owens and Big struck allegiance to gang up on Commander Azeez. 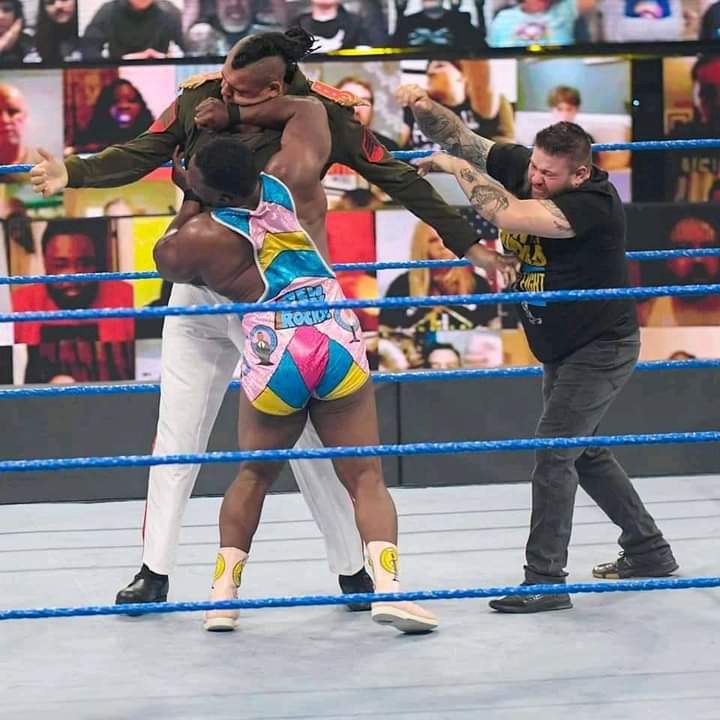 However, Kevin Owens was countered from out of nowhere with a Helluva Kick from Sami Zayn who was the went ahead to grab the Intercontinental Championship and starred at it. 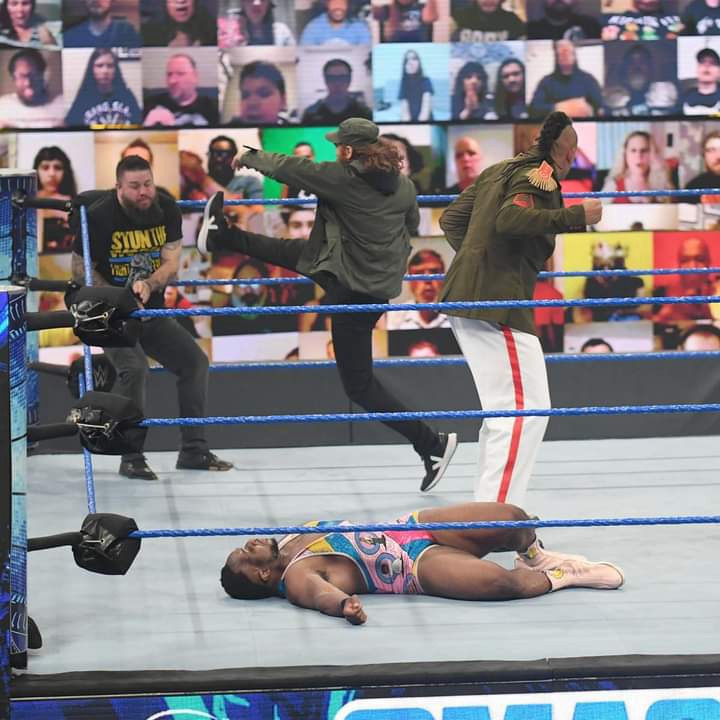 Apollo Crews and Commander Azeez confronted Sami Zayn and the Canadian wrestler slowly hand it over and lifts Apollo’s hand followed by Azeez. 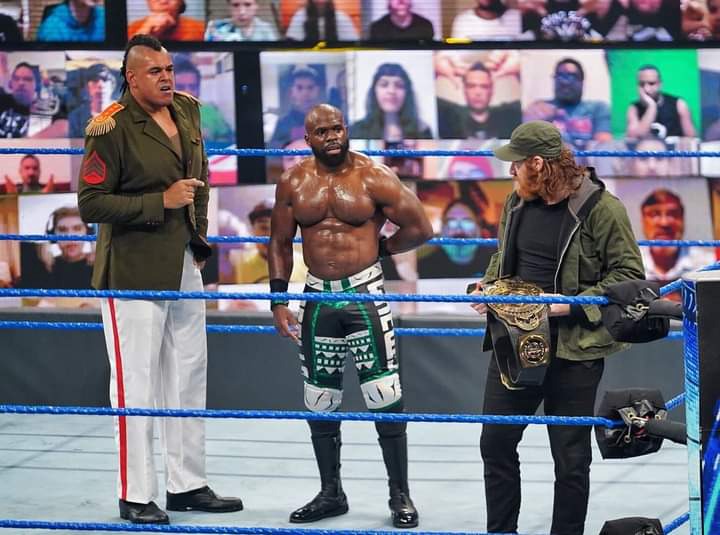 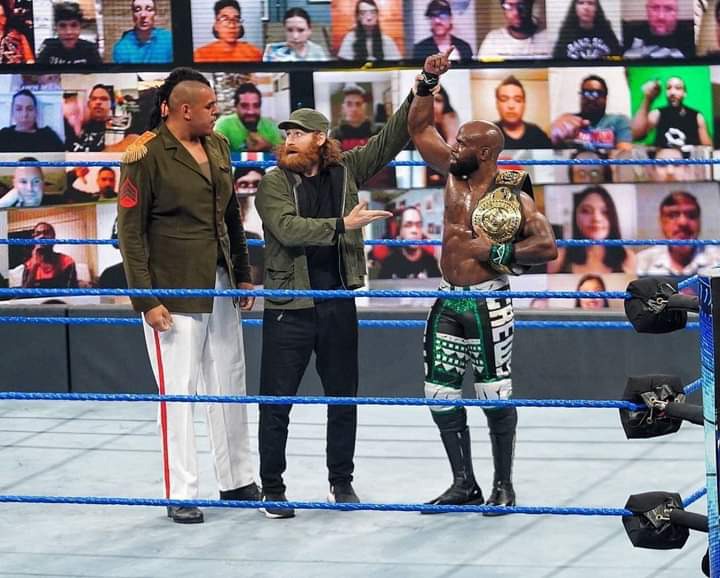 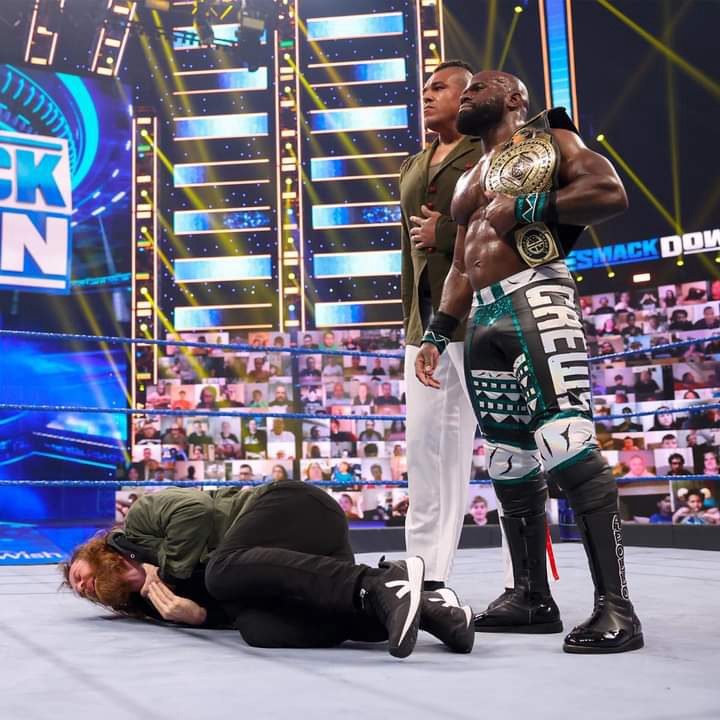 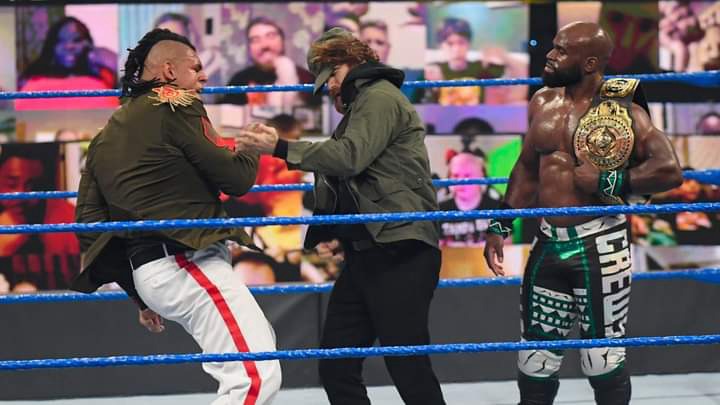 Commander Azeez had the last moment in the fast offensive sequence when he attacked Sami Zayn through his throat with a Nigerian Nail.