Manchester united focus have been shifted from the top four race to the FA cup as they take on Chelsea in the semi-final.

This is how the manager could lineup against Chelsea on Sunday 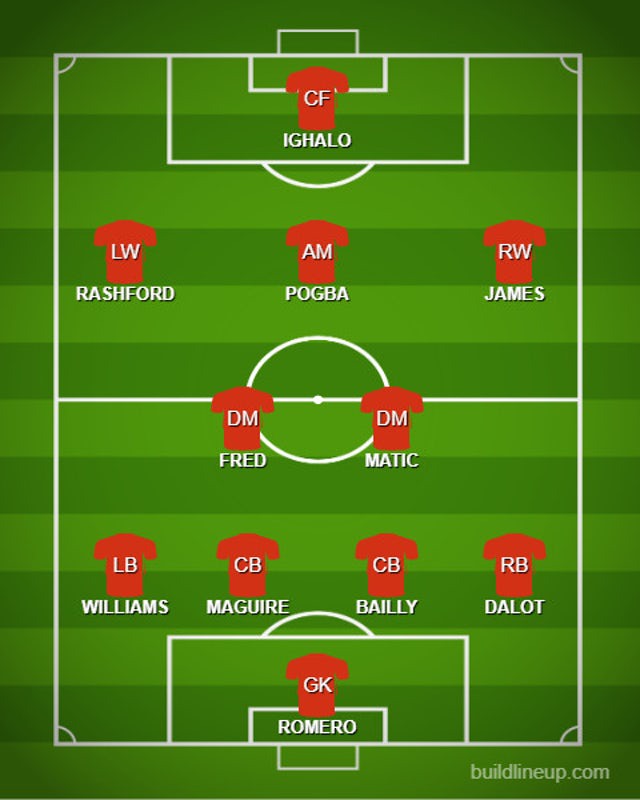 These are players that are possibly out due to injury;

The two managers wants to rotate their squads for this huge match,but not top of their priority list as champions league qualification is still hanging in the air.

United has recently picked form as they hugely been down to a deadly attacking unit,some players could be given a chance to rest such as:

In order to keep them fit and fresh for the final two games of the premier league season.

Paul pogba and Marcus rashford which will be starting off the match.

Odion ighalo will hope to start at the front having scored in his first four matches in man united,while Daniel James will also be pushing for a start.

Nemanja magic and Fred are expected to start off the match while diogo Dalot will hopefully come back after been looked over in the mid-week.

Who do you think will win the match.

Content created and supplied by: Donsmart121 (via Opera News )