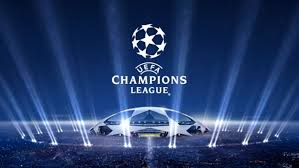 The Champions League group stage will reach its halfway point after all game week 3 matches scheduled for Tuesday and Wednesday are played. After that, there will be 3 matches remaining. But already some clubs are in a must-win situation given how they performed in their first two matches. We discussed those clubs below.

Barcelona is in a desperate situation in the Champions League after losing their first two matches. They could still qualify, but for that to happen they must beat Dynamo Kyiv and hope that Bayern Munich who will likely top the group beats Benfica. Anything other than this makes qualifying even tougher for the Blaugrana who trail Benfica by 4 points.

Having said that, they will head into their match against Dynamo Kyiv full of confidence after their morale-boosting win over Valencia on Sunday. They need to win but they must not in pursuit of that commit a lot of players forward in the early stages to avoid conceding from a counter-attack.

Manchester United is currently not among the top 2 in their Champions League group but their situation in their group is not as desperate as that of Barcelona. However, what happened last season might repeat if they lose to Atalanta and there is a winner in the match between Villarreal and Young Boys.

Atalanta who is at the top of the group is just one point ahead of Manchester United. Normally that wouldn't be an issue. However, the Red Devils have only won one of their last 5 matches which for me is why this match is a must-win for United. On current form, United may not be able to recover from going 4 points behind if they lose.

Like Barcelona, AC Milan lost their first two matches. However, their situation is far worse as they are up against Liverpool and Atletico Madrid who currently occupy the top 2 positions. To give themselves a chance of qualifying they must not only beat FC Porto on Tuesday, but they must also beat them in the second leg on 3rd November.

Which among the 3 clubs do you think is the most likely to get eliminated?