,Pieere Emerick Aubameyang opens the scoring for the gunners in this mouth-watering clash between Arsenal and Manchester City in the Semi-Finals of the Fa Cup. What an amazing cross from Nicholas Pepe that finds their talisman and he didn't disappoint with the finish. Gunners could have increased the lead but the Gabonese wasted the chance and Ederson is relieved that his mistake did not result into another goal.

Its half time in Wembly stadium,the citizens are trailing by a lone goal in the first half of the first Semi final of the Fa Cup.

Its all about the gunners tonight, Maitland -Niles does well to get the better of kyle Walker, omly for the wing back to then drill a cross straight out of play. Manchester City keep up the pressure with another corner. Sterling looping a cross back into the area but the delivery was cleared.

The Citizens nearly equalized from a corner but Sterling can't react to divert it beyond Martinez. Aubameyang makes it 2-0 after pouncing on a through ball over the top from Tierney. Laporte tries his luck again and this time he gets much clooser to grabbing a consolation goal for Manchester City. 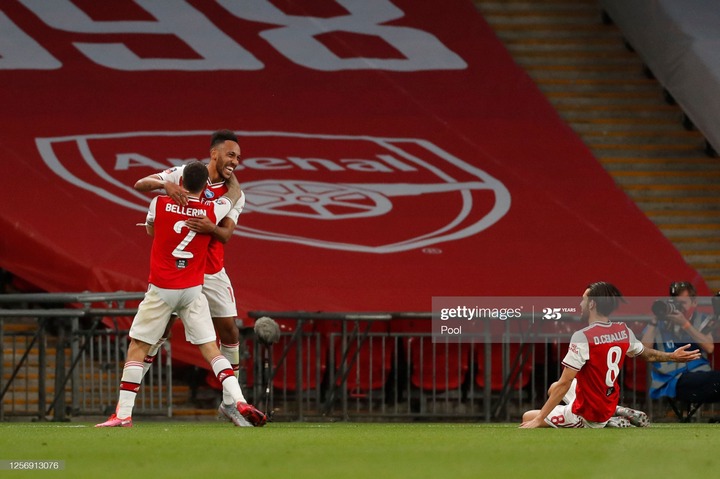 The Gunners have sealed a place in the Finals of the Fa Cup with a 2-0 win against Manchester City against all odds. In 2017, Arsenal defeated the Citizens in the Semi Finals and went in to clinch the title against Chelsea. A fierce battle between Manchester United vs Chelsea will kick off on Sunday by 6pm.