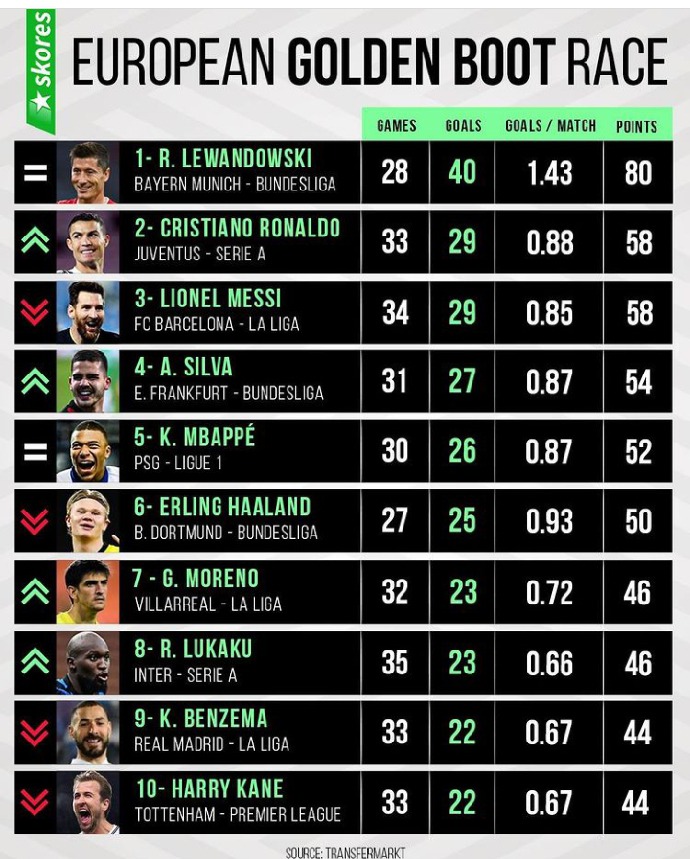 Last night at Camp Nou, Lionel Messi scored his 29th La Liga goal against Celta Vigo. Barcelona's forward averages 0.85 goals per game. However, the 36-year-old Portuguese Cristiano Ronaldo is ranked higher than Messi because he has played fewer league games this season. In 33 games in serie-A, he has 29 goals. This past weekend, Robert Lewandowski scored his 40th goal in the Bundesliga. He is currently in first place in the European Golden Boot challenge.

Lionel Messi still has a chance to finish ahead of Cristiano Ronaldo in the European golden boot challenge. He will need to score one or more goals in Barcelona's remaining fixtures and hope that Ronaldo does not score in Juventus' remaining fixtures. Lionel Messi has been a prolific goal scorer since the start of this year. He didn't have a great start to the season, but he'll end up as one of the highest scorers in Europe's top five leagues.

Harry Kane is the only Premier League player on the list, with 22 goals in 33 games. He has the same number of goals as Mohammed Salah, but Salah has featured in more Premier League games. Who do you think would come in second place in Europe's golden boot race?