By Mikeewrite (self media writer) | 2 years ago 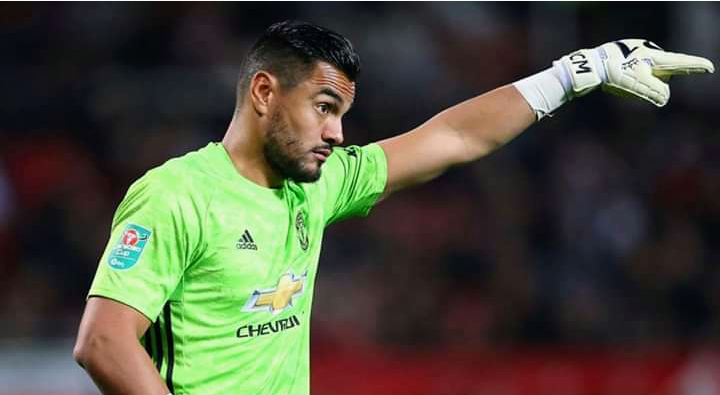 Sergio Romero could be on his way out of Manchester United following numerous interest from other clubs.

Valencia are tabling a bid worth £6m for the 33 years old who has slipped down to third choice following Dean Henderson's new contract at the club.

United second choice Romero was impressive keeping some number of cleansheets last season having featured in the FA Cup, Europa and Carabao cup leading United to three successive semifinals in a season.

Since his arrival at Old Trafford in 2015 from Sampdoria, he has been the second choice for the pass five seasons under David Dea.

Romero due to lack of playing time only featured seven times for the club accepting his chances would be limited as he played an understudy role to the Spanish number one.

Chelsea, Aston Villa and recently Valencia are biding for the Argentine, who the arrival of Henderson means he might not get playing time at Old Trafford.

Manchester United manager OleGunaar Solkjaer hasn't been fair with the goalie who had laboured so hard but been dropped in the semis. This is one of the reason Romero would leave the Red Devils before the transfer window deadline.