Did you know that this goal by Lionel Messi was the most tweeted sport moment in 2015.

Lionel Messi has scored over 700 hundred career goals, most of them being spectacular and appealing to the eyes, his incredible solo goal against Getafe in 2007 has been voted by his fans as Lionel Messi's greatest career goal. 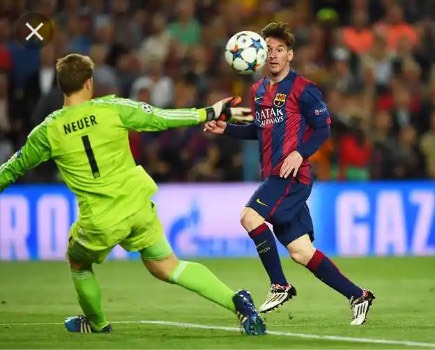 Messi was asked in 2019 which goal he considers as his greatest ever, he responded that he doesn't have a favorite goal but if he has to choose, he'll go for the header against Manchester United in 2009 champions league final.

However Messi's goal against Neuer in 2015 was the most tweeted sports moment for the entire year. The goal got 25,300 tweets every single minute. 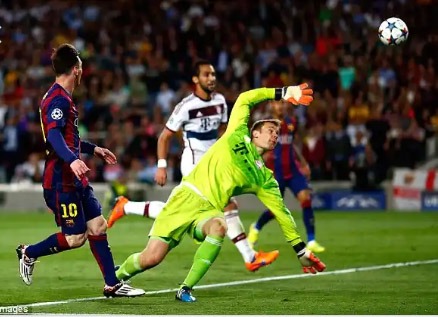 In 2014 FIFA World Cup final, Neuer succeeded in stopping messi from scoring which resulted in messi losing the final. Then in 2015 champions league semi finals, Neuer was asked how he will be stopping messi, and he responded by saying "Lionel Messi knows who the boss was" which spark alot of controversy that year. 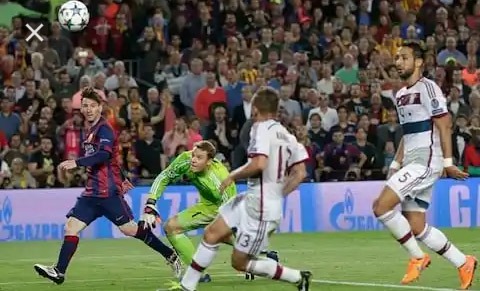 So that was why Lionel Messi's goal against Neuer in 2015 got those kind of tweets.