Who is Mikkel Damsgaard, who scored against England? Read more about him and his exploits below.

By Iam4real (self media writer) | 6 months ago

The second semi-final match between Denmark and England was epic, and it lived up to the standard expected of a semi-final. Mikkel Damsgaard gave Denmark the lead with a fantastic free kick into the back of the net. 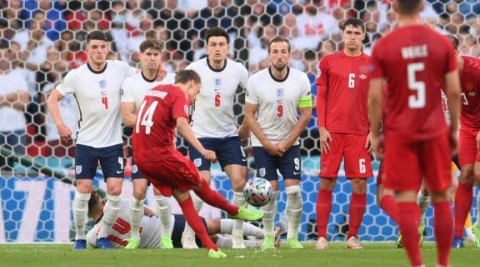 Minutes later, a Saka's cross into the 18 yard box was deflected into the back of the net by Denmark's defender, Simon Kjaer, Before Harry Kane scored a rebound from a controversial penalty kick, to bring the result to 2-1 in favor of the three lions of England.

Though England had the last laugh of the day, there were also a lot of talking points for Denmark, who put up a very brilliant performance in the encounter.

Prior to the Semi final, England had played a total of five matches and had not conceded a single goal in all the five matches. Not even the Germans could penetrate the defensive structure of England. 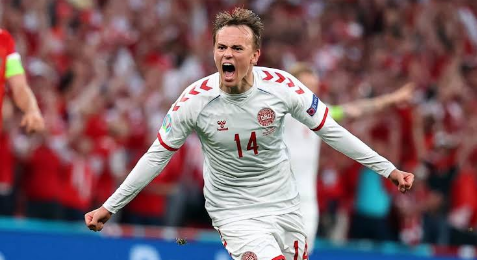 However, on that faithful night, a Danish player, Mikkel Damsgaard broke the deadlock in 30 minutes with his superb free kick, to ensure that no team finished the European tournament without conceding a goal.

Who is Mikkel Damsgaard? 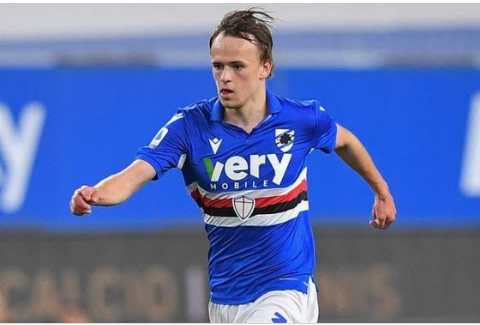 According to an online source, Mikkel Damsgaard was born on July 3, 2000. He kick start his football career at his hometown club, Jyllinge. And as God would have it, he later joined FC Nordsjaelland, where he featured as an U12 player till he turned 17.

As expected of so many bright talents, Mikkel Damsgaard moved to Italy in February 2020, where he signed a four-year deal for Sampdoria. The transfer fee was said to be estimated at around €6.7 million. 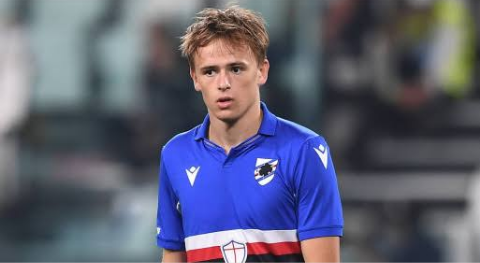 Mikkel Damsgaard currently plays as a winger for both Sampdoria and Denmark. Though he was called up to the Danish National team not too long ago, Mikkel Damsgaard has made his mark and has earned a place in the national team after his debut for Denmark.

Two records that Mikkel Damsgaard has broken at Euro 2020.

1. Mikkel Damsgaard is the youngest Denmark player to score at a European tournament, after he scored in the 4-1 thrashing of Russia on the 21st of June 2021. He was 20 years, 353 days old when he scored against Russia in a Euro 2020 group stage match. 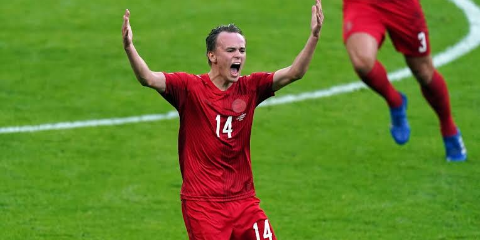 2. Mikkel Damsgaard is the only player to have scored for England in Euro 2020. A feat in which he achieved in 30 minutes.

Though the team later lost to England in controversial circumstances, Mikkel Damsgaard can hold his head high up having broken two records and booked his name in history.