By NwakajiMartins_01 (self media writer) | 6 months ago 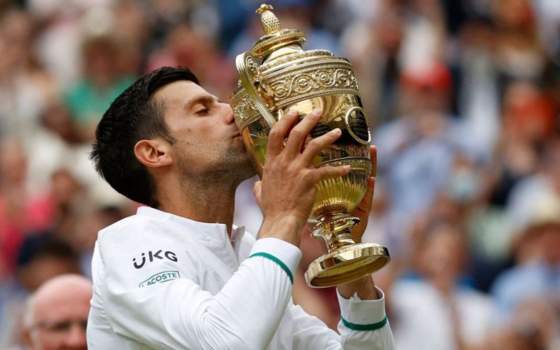 On Sunday, Novak Djokovic won his 20th Grand Slam title after emerging men's singles champion at Wimbledon. The 34-years old Djokovic defeated 25-years Italian Matteo Berrettini in the final of the competition to seal a record equalling victory. Coming from behind, Djokovic put up a fine performance to win 6-7 (4-7) 6-4 6-4 6-3 to clinch his sixth title at the all England club.

The victory means that Djokovic now has 20 major titles. This record is also being held by Roger Federer and Rafael Nadal. Djokovic who won the Australian Open and French Open this year, put up a good performance in Wimbledon. He only dropped two sets during the two weeks on his way to the title. He becomes the fifth man in history to win the first three majors of the season. 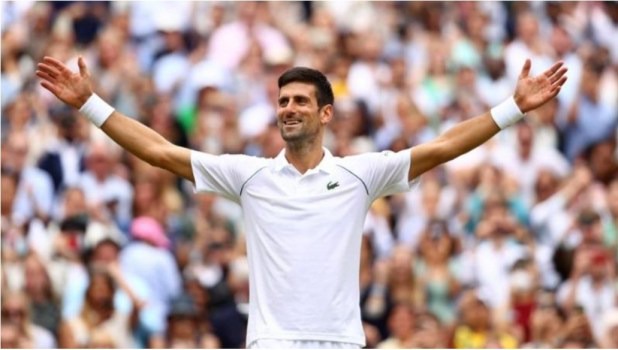 According to his words, "Winning Wimbledon was always the big dream of mine when I was a kid and I have to remind myself how special this is and not to take this for granted". He said this after lifting the title for the sixth time.

Content created and supplied by: NwakajiMartins_01 (via Opera News )