By Waltygenius (self media writer) | 21 days ago

Manchester United suffered a shocking 1-0 defeat to Dean Smith's Aston Villa at Old Trafford during the lunchtime kick-off. They have now lost back to back home games within four days. 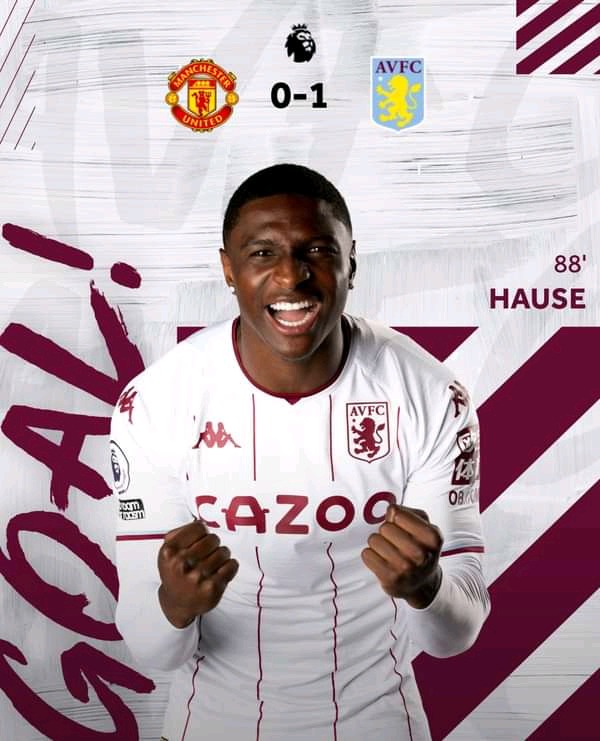 Aston Villa was much deserving of the win following a scintillating display from the away team right from the start to finish of the game. They matched up with the Red Devils, shoulder to shoulder and had the best chances of the game but couldn't convert it. 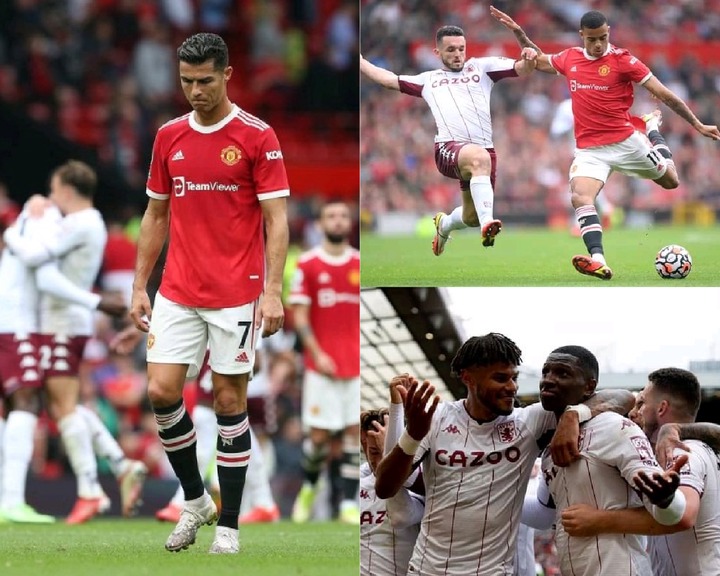 Manchester United on this side was very poor in their movement upfront and often lost possession of the ball due to non-uniformity in the middle of the park. However, there were some key talking points from the game such as:

The outcome of the Manchester United game would have taken another turn if only Mason Greenwood had laid down some key passes to his teammates when he got to the opponent's 18-yard box. 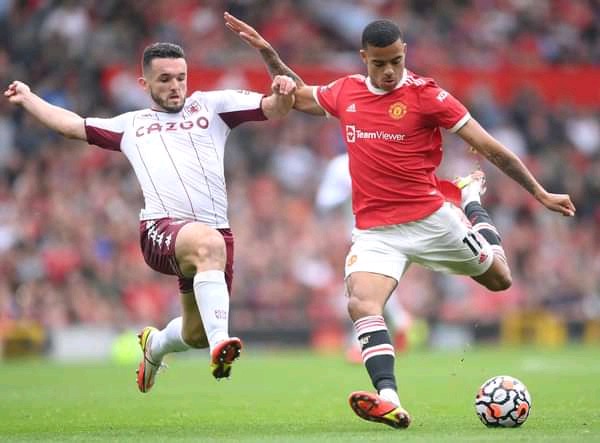 Mason Greenwood on three occasions had his teammates stretching forth their arms in anticipation for the ball that could have easily been slotted into the back of the net but he rather chose to try his luck which was all wasteful.

The best amongst the three chances was when he cut past an onrushing defender with Bruno Fernandes ready to tap the ball into the net but he instead kicked a weak shot to Martinez.

2. Maguire was an absolute Flop

Sometimes, I still wonder why Manchester United had to cough out such a huge fee for Harry Maguire who hasn't to the date shown one-tenth of the value paid for his services. 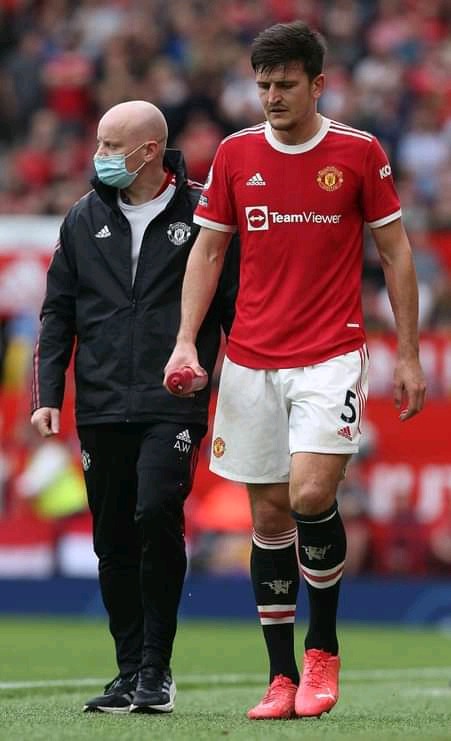 He's too sloppy, lacks confidence and is poor at passing the ball. His error almost led to a goal in the first half when his back pass which was far away from De Gea was gifted to Ollie Watkins who smashed the ball into the right foot of the goalkeeper.

3. Paul Pogba Came For Entertainment and Not Team play.

When everyone thought Paul Pogba was beginning to show how talented and brilliant he can be when given an opportunity, today he was trying some individual stunts when the team needed a goal. 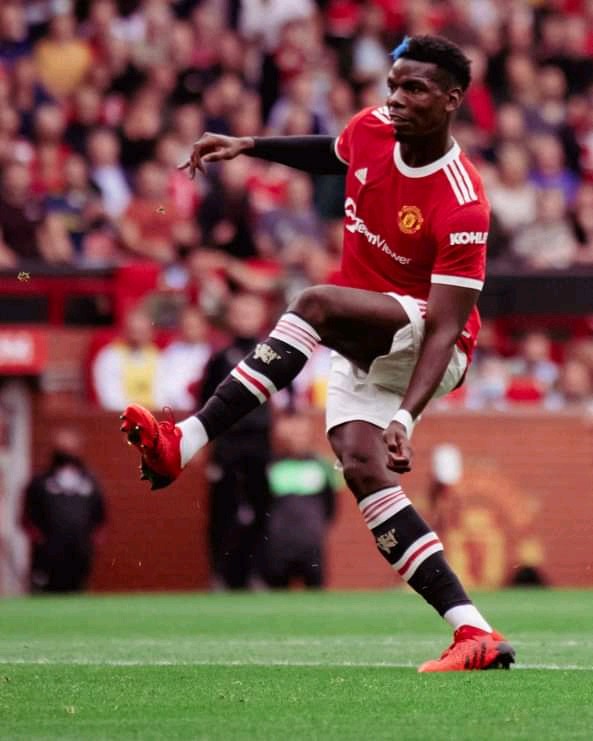 He has some good space close to the 18-yard box which a player like Debruyne or Bruno Fernandes would relish and hit a great shot at the goal. But instead, he wanted to show the fans that he can pull some stunts before hitting the ball which was uncalled for.

Although Aston Villa won the match in a deserving manner, they however had an opportunity to score two or more goals against a disheveled Manchester United team. 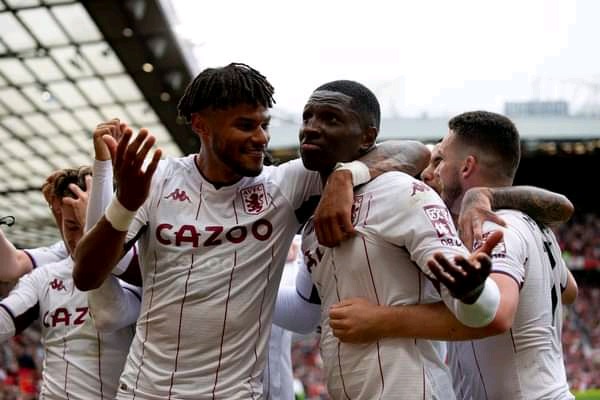 They were well-coordinated and gave United a tough fight with little or no mistakes at all except the controversial penalty that was gifted to the home team. However, they lacked the killer instinct as Ollie Watkins and Target goalscoring opportunities were too clear to be missed.

80% of the Manchester United fans were expecting Cristiano Ronaldo to step up and take the penalty but surprisingly, Bruno was seen approaching the penalty spot. He however volleyed the ball over the crossbar in what would have salvaged a point for the home team. 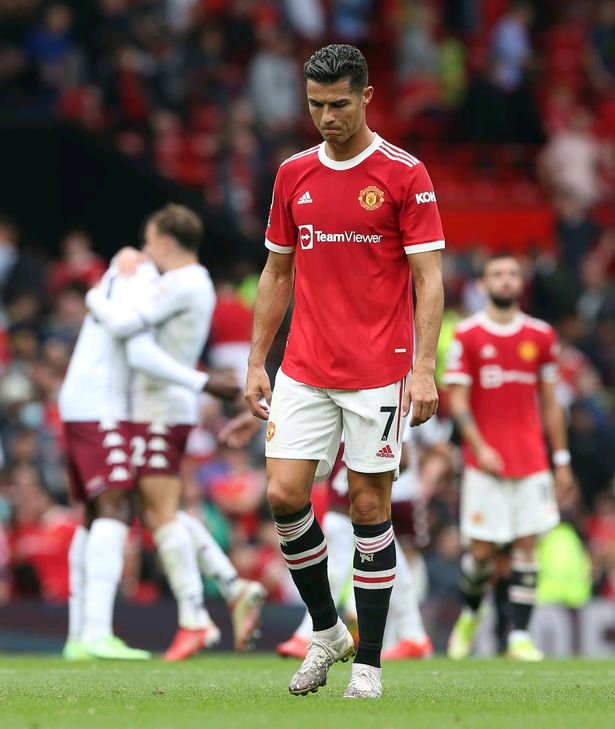 Despite Bruno Fernandes choosing to take the penalty when legendary Cristiano Ronaldo was on the pitch, he(Cristiano) was still the first person to console him by patting him in the tummy. 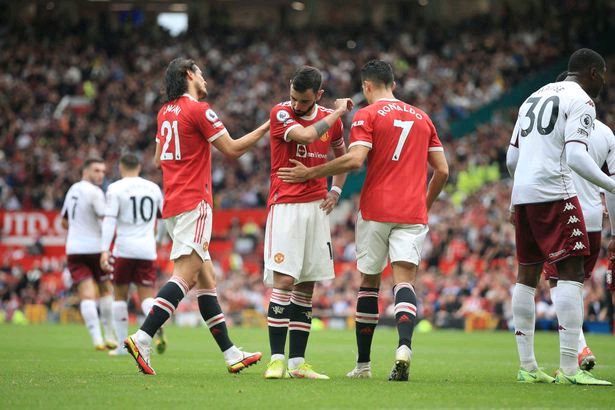 It was such a nice gesture from the Portuguese international which is a reflection of how humble he could be despite some section of football fans labelling him selfish.

Do you think Bruno Fernandes will still step up to take penalties for Manchester United next time?