Manchester United's board of directors has been dubbed a'shambles' for failing to fire 'bang average' manager Ole Gunnar Solskjaer, according to Jamie O'Hara. After United's 4-2 loss to Leicester City, the former Tottenham midfielder launched a stinging attack on the Norwegian boss. 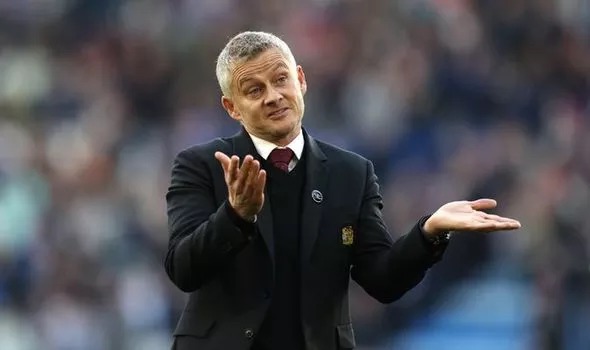 After leading the Red Devils to their fourth defeat in seven games, Solskjaer is under increasing scrutiny as their manager.

And the manner of Solskjaer's side's defeat at the King Power Stadium was particularly devastating, as they disintegrated after Marcus Rashford leveled the game at 2-2.

Despite a promising start to the season, United has only won half of their eight Premier League games this season.

In the summer, Solskjaer was bolstered by the arrivals of Jadon Sancho and Raphael Varane, as well as Cristiano Ronaldo's spectacular return.

However, the signings have not been accompanied by an increase in performance or results, and O'Hara believes United is already out of contention for the crown.

"I've been saying this for weeks, months – Manchester United's holding on to the manager is a shambles," he told TalkSport.

"They have a world-class team with a manager who wouldn't be able to find another position in the Premier League." I can't believe they aren't being more ruthless and saying, "OK, now's the time to do it."

"And they're out of the title race right away; they won't win the title this season, so they've squandered another season."

In the match against Leicester, Ronaldo, Sancho, Mason Greenwood, Paul Pogba, and Bruno Fernandes all started, but Solskjaer has failed to find a balance in his team.

After the loss, Solskjaer stated, "We weren't good enough with second balls and 50-50s — the things that give you the right to win a game of football."

“We couldn't get the 50-50s to turn in our direction. When your greatest player is the goalkeeper, David de Gea, and you still concede four goals, it says a lot."

In the Champions League group stages, United face Atalanta on Wednesday, and Solskjaer will expect a response before Sunday's crucial match against Liverpool.