By Ifydaddy (self media writer) | 1 year ago

The Premier League is one of the most competitive football league in the world and consist of top football clubs .Due to its competition, it became difficult for a team to dominate he whole season with maximum points. 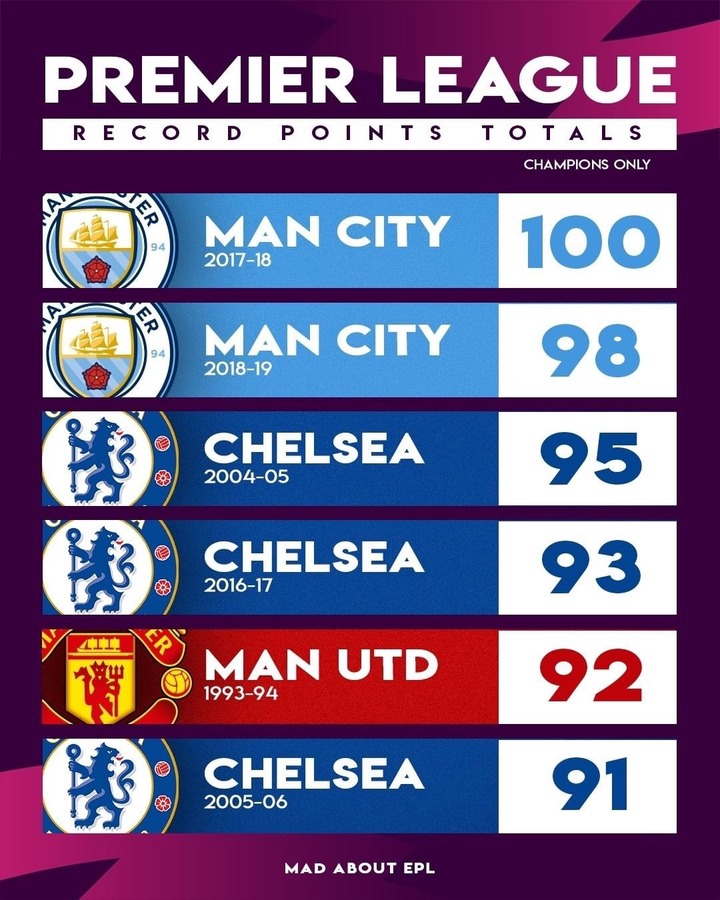 The citizens dominated the league with a maximum of 100 points to lift the trophy in a season that was sensational for them.

Cuty again dominated the league with a maximum of 98 points to win the title race and completing a treble in the campaign.

The blues were on fire under Jose mourinho’s first charge in spell dominating and winning the Premier League title with 95 points.

The London club enjoyed a successful campaign under the Italian mastero Antonio Conte.Winning the title with maximum of 93 points.

The Res Devils enjoyed a sensational season under Sir Alex Ferguson in the 1993/94 season winning the trophy with maximum points of 92.

Tbe blues enjoyed another successful spell in the campaign under Jose mourinho wining the league with maximum of 91 points.

Liverpool are now on the cause of breaking the record held by Manchester city, with two matches to go they already have 93 points on their head ,So let’s see how they get the work done.