Clubs and Fans: A break in the relationship 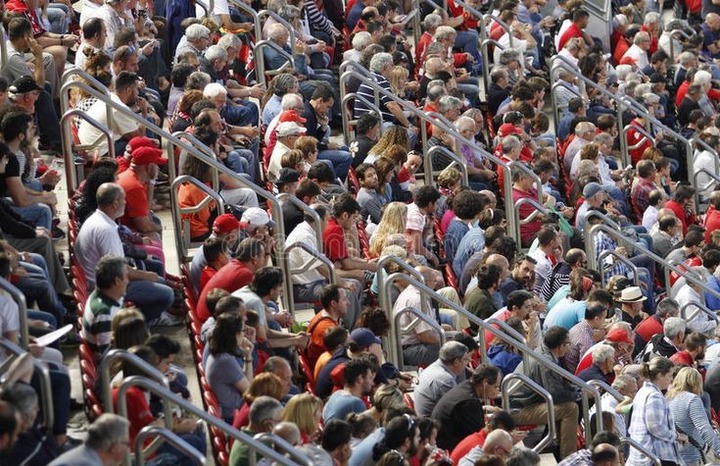 With the COVID-19 crisis suspending not just football, but normalcy at large, we’ve been offered a glimpse at our ‘normal’ lives, and a chance to weigh them for what they are. It has thrown our conveniences and assumptions into the naked light, for us to examine with a fine tooth and comb, and the inescapable conclusion is that football, or at least the business of football, is no longer an artistic endeavour. It is, instead, a cold-blooded operation conducted merely to enrich those involved in it. Its product is no longer the fruit of passion and labour, but rather the value-added service that we demand more from. COVID-19 is affecting every aspect of football but also life in general. Maybe Covids impact on ecommerce will make the football owners rethink how they treat the game and their fans going forward.

Let’s look at some recent news from the profitable and successful champions of Europe: Liverpool. A club that has always taken pride in its relationship with its fans and community at large, undertook a series of careful considerations before deciding to furlough the most vulnerable members of its staff. Severe backlash from fans and icons of the club have forced an inevitable roll-back. So while Liverpool have quite clearly conquered the football world, their championship appears to have marked itself in a rather ugly manner. This pattern of behaviour leaves us unable to distinguish between a fan loved institution, and the bank that you probably bailed out with your money. And while Liverpool are a convenient example, they are certainly not alone. Newcastle, for example, haven’t even rolled back their furlough order. The fact that they aren’t even expected to, is a depressing statement in itself. Just to drive the point home, Mike Ashley, Newcastle United’s owner, is worth close to £2 billion. The continued miserly behaviour of elite clubs, along with other changes, like VAR, and the increasingly inevitable Euro Super League show that football is really more than one sport now- at one level it is the game you played in the streets, and at another, Big Business that is really only the game of its own 1%.

An important distinction must be made here to avoid falling into the traps that sweeping generalisations usually create. Most elite players have responded to this crisis with nothing but grace, and not all clubs have acted as heinously as Newcastle United. To go back to the Liverpool example, their talismanic manager, Juergen Klopp spoke with great compassion and awareness of the current situation, and star players like Andy Robertson(allegedly) and Jordan Hendersonhave made all the right personal actions. Indeed, most football clubs do require aid, either from the state or other benefactors, as such a sudden halt in gate receipts represents an existential threat to them. The fact that really beggars belief though, is the need for the wolves (no pun intended) at/near the top of the football pyramid to dress themselves in sheep’s clothing and seek state aid to basically make a few cheap bucks at the cost of their most vulnerable employees.

Our COVID-19 shaped window to reality has thrown light on the true face of elite level football clubs. Of course, to classify elite football clubs as evil based solely on their reaction to a global pandemic would be harsh, simplistic, and quite simply, incorrect. To view these reactions as the latest in a long line of similar transgressions lends sobering perspective to the extent to which our blind devotion has been commoditised. A few examples: only 4 out of 20 Premier League clubs currently pay their staff a living wage. This is amidst record revenues and spending on transfer fees, and yes, these are pre-COVID-19 numbers. Or observe the real cost of watching football rise rapidly for even the most loyal supporters. Even without looking at the hard numbers, the increasing number of fan protests in recent times against the likes of Fulham, Chelsea, and indeed Liverpool, should make the point well enough. The fact that the most popular sport in the world retains that moniker whilst actively excluding half the world’s population is yet another shocker. Once again, Liverpool serve as a very convenient example. It’s easy to find glowing reviews of their stunning new training facility at Kirkby, but a little bit tougher to find any mention of their women’s team being allowed access to the ground. That’s because they will not have access to these facilities, in a confounding move that is symptomatic of the general standard of women’s game across mostclubs.

The fact is, elite level football clubs no longer serve as bastions and representatives of the communities that founded them. The grey visage of a large bank or oil major seems to fit a lot better. With the evolution complete, and the new animal showing us its true stripes, is it time for fans to re-evaluate our relationship with these organisations? Do we now pick football clubs like we pick our brand of shirts? Or do we hold on to the outmoded notion of sharing a relationship with “our” clubs, as bands of singing fans slowly morph into statistics on a marketing presentation?

Aside from shining a light on the harsh realities of elite level football to us, COVID-19 has also served to remind us of what’s important in the game. It’s not the constant stream of premium, custom made, luxury, top of the line BS products and fancy marketing gimmicks, but the ability to bind us all together through moments of magic, and artistry.