By Emiran (self media writer) | 3 months ago 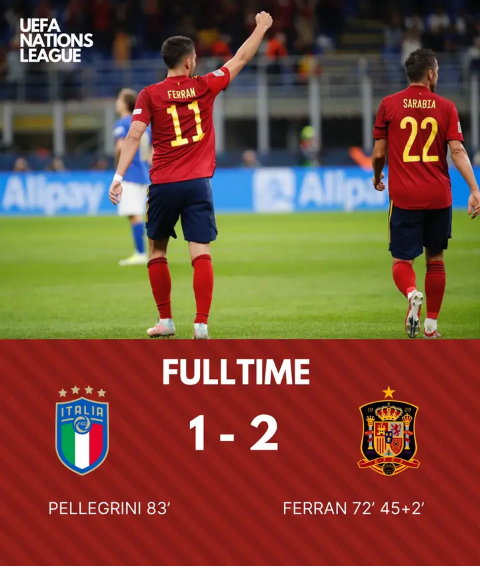 A 21-year old player, Ferran Torres opened the scoring for Luis Enrique's Spain. Oyarzabal had received a simple ball down the left from Alonso, and then hammered a flat cross into the middle, where Torres cushioned a volley into the far corner. 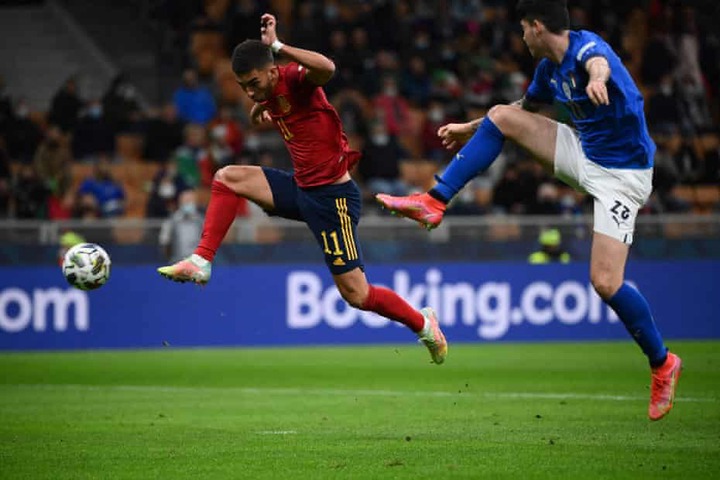 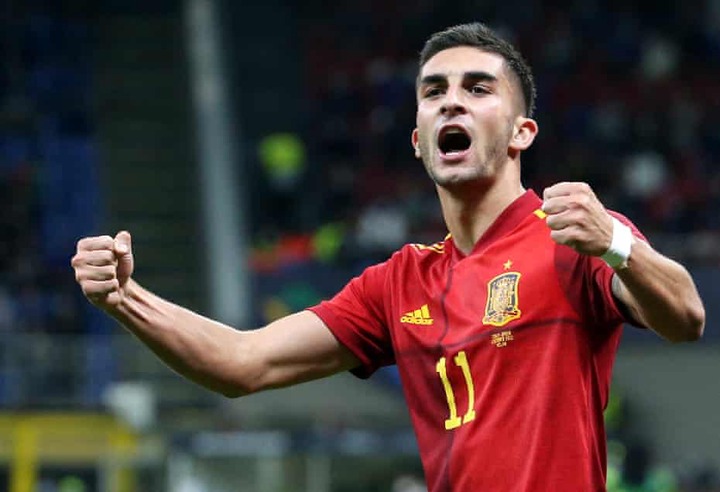 In the 35 minutes of the game, Spain almost conceded a goal following a low cross from Emerson to unmarked Insigne, who missed an open net. 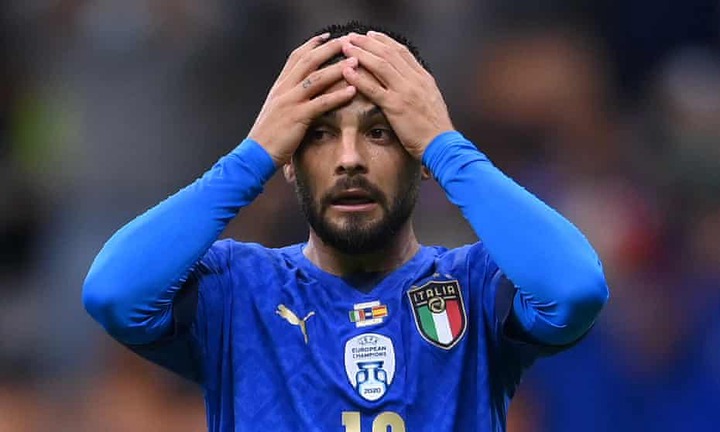 At the right back of Spain opponent, Italy, the referee gave Bonucci, the Italy captain, a second yellow card, which saw Italy to be reduced to 10-man in the 41 minutes of the game. Bonucci was sent off following an elbow attack on Spain captain, Sergio Busquets. 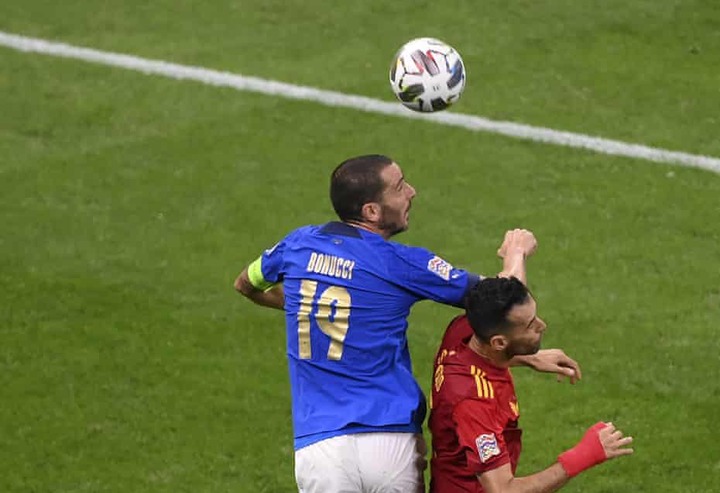 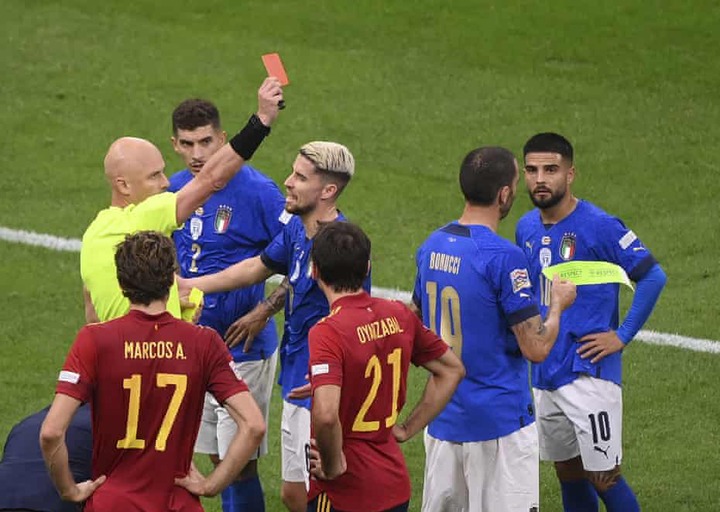 Another fine Cross from Oyarzabal gave Spain a 2-0 lead in the 45 minutes of the game, with Torres bagging a brace. 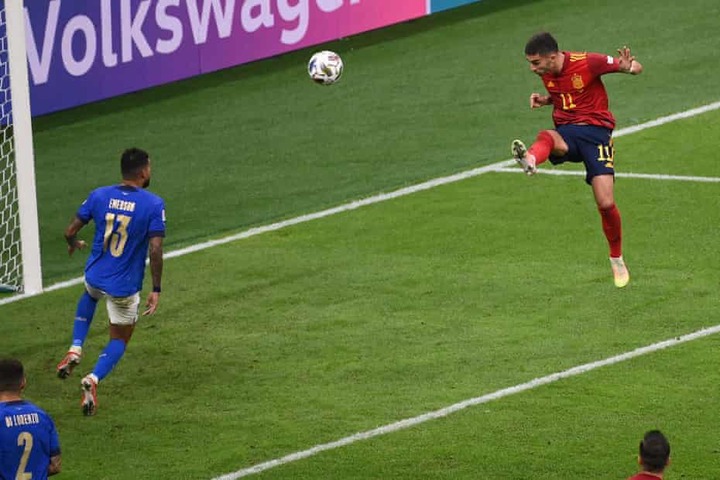 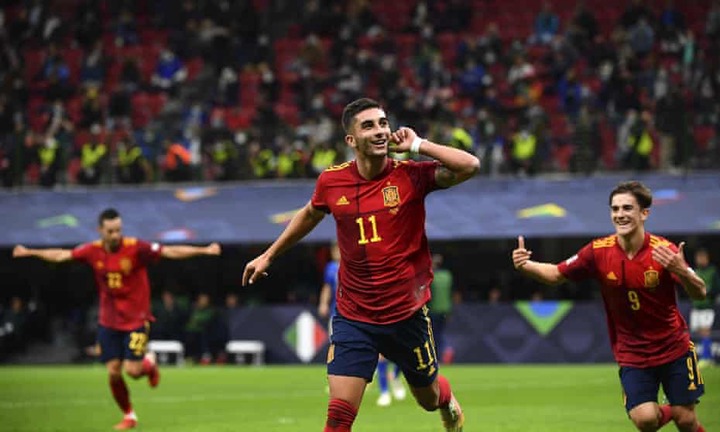 A silly mistake in the 83 minutes of the game, saw Spain to concede a goal, scored by Italy's substitute Pellegrini. 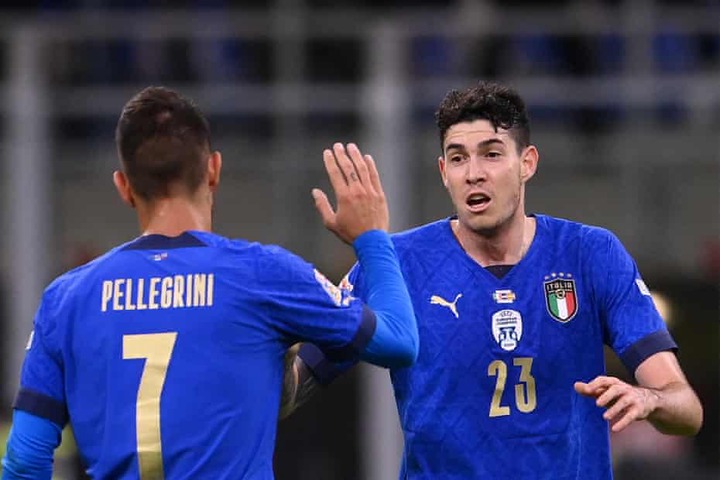