4 Players Who Could be Future Captains at Boyhood Clubs

By TalkSport10 (self media writer) | 9 days ago 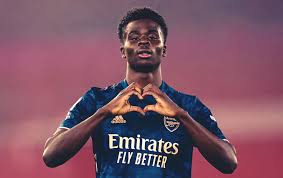 A surprising candidate, but Arsenal supporters would love nothing more than to see a local player take the reins as captain. Saka might easily be the first English academy player to hold the armband for Arsenal on a permanent basis since Tony Adams. Arsenal are thought to be working on a new long-term contract to secure the winger's long-term future. The teenager has burst onto the scene this season with some outstanding performances to cement his place in the Gunners' first team. Saka may have a chance to take over as captain in a few years, given his rising importance to the team.

When Solskjaer named Rashford captain for United's Carabao Cup semi-final first leg against Man City, a few heads turned. Despite the fact that it was his 200th senior appearance for the club, he was only 22 years old at the time, and with David de Gea on the team, many saw the Spaniard as the more logical choice. Even though Rashford scored the sole goal in United's 3-1 home defeat, it didn't matter much on the night. Despite this, Rashford has swiftly established himself as a key member of Solskjaer's side and will be vying for the permanent captaincy. He's a talisman, a leader, and someone who genuinely cares about United's success. 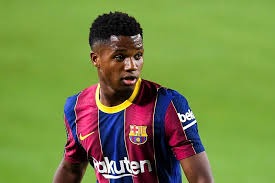 Since making his FC Barcelona debut two years ago, Ansu Fati has been a fan favorite. In his debut season at Barcelona, the teenager was a revelation, setting numerous records in La Liga and the Champions League. At the age of 16 years and 304 days, he scored his first league goal just six days after making his debut, becoming him Barcelona's youngest ever goal scorer in La Liga. Fati is also the youngest goal scorer in Champions League history, with a record of 17 years, 40 days. Fati's first-season achievements garnered parallels to Lionel Messi, the club's all-time leading goalscorer. In 33 games across all competitions, he scored eight goals and supplied an assist. His collaboration with Messi drew a lot of attention from the fans, and he quickly established himself as a fan favorite. 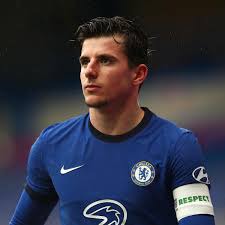 Mason Mount has risen to become one of Chelsea's most significant players in recent seasons, returning from loan spells at Vitesse and Derby County. Since making his Chelsea first-team debut at the start of the 2019-20 season, Mount has made over 100 appearances. For an academy product, this is a remarkable achievement. Mount also helped Chelsea win the Champions League last season, assisting on the game-winning goal in the final. Mount has been considered to succeed Cesar Azpilicueta as the club's new captain, based on his performances and mentality on the field. He has previously captained the team twice, once in the FA Cup against Luton Town and again against Sheffield United in the league last season. John Terry, Chelsea's most successful captain and an academy graduate, has supported Mount to lead the club and country in the future. Mount possesses all of the necessary qualities to lead a ship. He's intelligent, hardworking, and outspoken on the field. With the passage of time, it wouldn't be shocking if John Terry's predictions come true.