Reason why Eddie Nketiah Continues To Leave Me Unimpressed at Arsenal 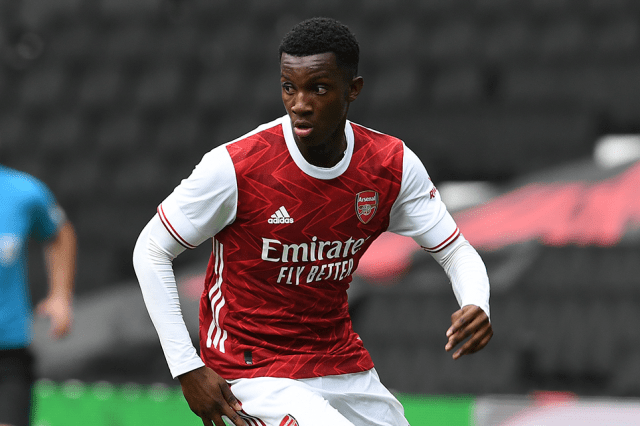 Eddie Nketiah has done absolutely nothing wrong to deserve my disapproval or scepticism, he even pulled off a stunning goal against AFC Wimbledon in the Carabao Cup, but as much as I admired his moment of brilliance, he still leaves me unimpressed which is perplexing.

If I said Xhaka was a player that I wasn’t keen on, large numbers of supporters would appear to agree and understand but with Nketiah, it’s a comment that seems less rational. He is a proven striker in the top flight, has a good eye for goal and shows some nice touches but…., he just doesn’t do it for me. It may be that he has more to do in his progression as a player and that takes time and experience.

He’ll no doubt develop his game to include all sorts of goals, he’ll create and who knows he may be prolific with his head, but I don’t feel that sense of anticipation when the ball arrives at his feet. I don’t see or feel a presence in the box that intimidates defenders. 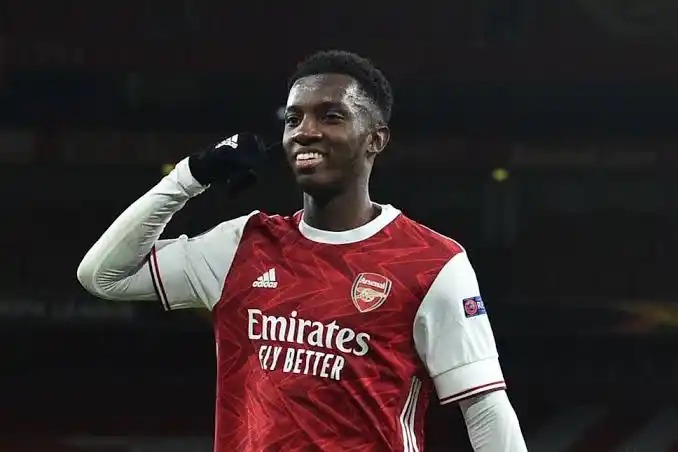 I feel he’s not dynamic enough or physically equipped for the rigours of the Premier League and he’s not nearly as selfish enough to tick all the boxes. I like my strikers hungry and angry, arrogance is a bonus, but what I don’t want is someone uncertain or timid, that can be shrugged off the ball easily.

I know it’s irrational and it’s probably only me that sees him in this way, but I must stress it’s not an age thing because I love the likes of Martinelli, Smith Rowe and Saka. They bring something else to the table that’s indescribable and generate a sense of excitement but again, that’s not his fault, his job is to put the ball in the net, something Nketiah does in the Premier League and at an international level.

In his absence, I’ve even tried to re-evaluate my problem in the hope that I’ll view him in a more favourable light but to no avail. I’ve watched him closely in video replays, examining his performances and of course, some rough edges and decisions could have been altered.

There are positional lumps to iron out and the occasional crisis of confidence which is never far away for a striker. The fact remains that he is a talented boy and had Sheffield United acquired his services, he may have made enough of a difference to a blunt Chris Wilder side to avoid the drop. My opinion might have changed after seeing him perform for some other club, but Arsenal blocked his move to Crystal Palace this summer.

The other issue with Nketiah is that he is in a very competitive position with established stars and emerging talents such as Folarin Balogun and the blistering legs and razor-sharp brain of Martinelli and his problems may get worse in the summer. 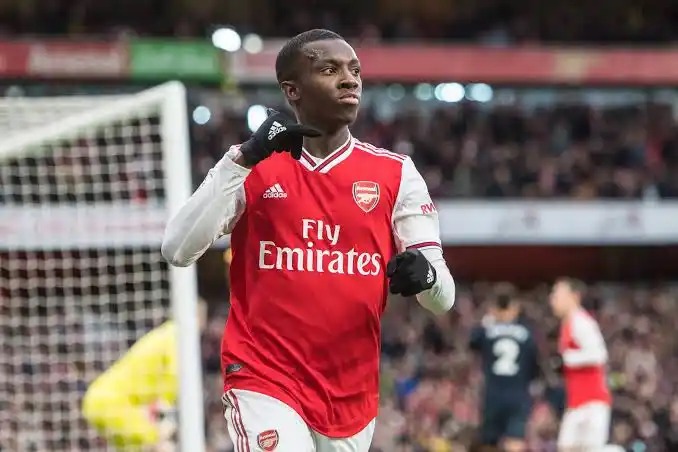 If, as expected, Arteta finally remodels his frontline, then it’s doubtful that it will be from the existing pool of strikers. Even if it were, most would plump for Martinelli. He can only do what he does, score goals, and that should be enough to earn him a place in the hearts and minds of Arsenal fans.

I’m somewhat ashamed of my lack of appreciation for a player who has given a 100% and always conducted himself in such a professional way but….he’s still not for me.