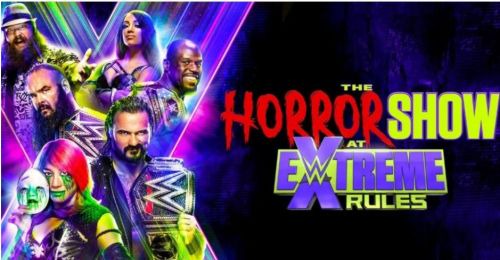 As of this writing, the Extreme Rules card has six matches, and that's odd when you consider that the WWE loves to stack up its PPV events.

On the latest edition of Sportskeeda's Dropkick DiSKussions podcast, Tom Colohue and Korey Gunz discussed the compact nature of the Extreme Rules match card and the reason behind the

Tom Colohue revealed that there has reportedly been a mandate recently from the WWE management to have longer matches. The reason for booking longer matches comes down to the absence of many Superstars due to the COVID-19 crisis.

It was also added that the cinematic matches for Extreme Rules are quite long, which is another reason why WWE has kept the card brief and concise.

However, Tom Colohue did speculate that the WWE could add a few more matches to the card, possibly on the go-home SmackDown episode, or in the hours leading up to the PPV.

Here's what Tom revealed on the Dropkick DiSKussions podcast:

"There has been a mandate from the WWE management recently to have longer matches. A large part of this is down to the fact that they don't have as many people as they normally would, so they have to stretch things out a little bit. It worked out, I think about a week and a half ago on SmackDown, where they just hit all the different divisions, one match for each one and it really helped keep things hyped up, but obviously, they have lost a few more people since then. RAW this week was very much built around that as well. So for Extreme Rules, the same rule applies.

The cinematic matches are apparently quite long, and there is still a chance that we see a SmackDown Tag Team titles match added to the card."

WWE is currently working with a depleted roster, and it makes sense for the management to issue an official order to have lengthier in-ring contests.

The Wyatt Swamp Fight and the Eye for an Eye matches will be the latest cinematic offerings from the WWE, and they could eat up a large chunk of the PPV's total runtime.

Drew McIntyre will also defend the WWE Championship against Dolph Ziggler. Nikki Cross will challenge Bayley for the SmackDown Women's title. Asuka and Sasha Banks will battle it out for the RAW Women's Championship while Apollo Crews and MVP will have a United States title match at 'The Horror Show at Extreme Rules'.