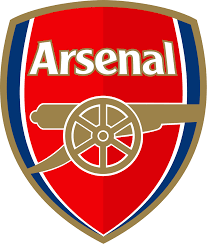 Arsenal are making final decision on a deal for Willian and Philippe Coutinho on the next summer transfer window after the end of the current season as at the end of the season as kia Joorabchian is ready to bring the two Brizilian players to London.

The two players’ future are yet to be known as Willian failed to sign a new deal with his current football club, Chelsea.

However, FC Barcelona are yet to announce philippe Coutinho next move after he was seen as a player which the club doesn't need in their squad.

Philippe Coutinho, 28, spent this current season on loan at Bayern Munich where he has strive to win different match with his team mates but the club is yet to make him a permanent player of the club after taking the number 10 jersey from him.

Rumor as giver viral on social media that Arsenal has little funds available, so the club needs to sell some players before they can complete the two players deal which they are the best replacement for for their players. The both players are choose as the best player to make the squad complete.

Willian would be taken from Chelsea on free since he failed to sign a new deal with then and coutinho is considered to be transferred on loan.