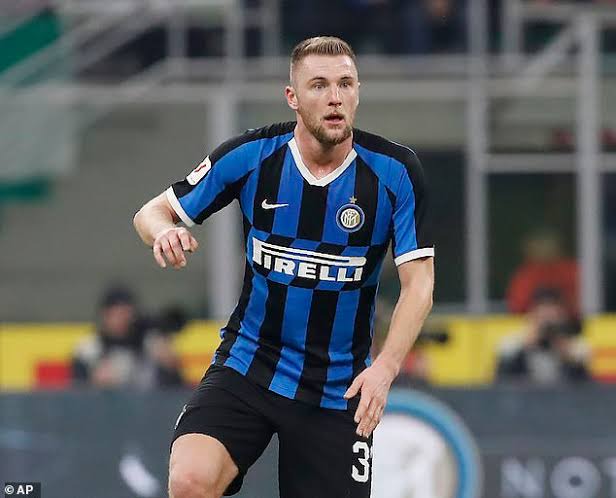 The 20-times English champions are allegedly planning to bring a new defender to the club ahead of the 2020-21 season despite luring Harry Maguire in a world-record deal from the King Power Stadium earlier last summer.

The 25-year-old centre-back has long been rumoured with a move away from San Siro, with Man City believed to be admirers of Inter Milan star who still has three years left before his contract ends with Antonio Conte’s side.

However, according to Tuttosport, The Red Devils have made a €65m (£58m) offer for the Slovakia international as the English giants bid to bring him to the theatre of the dreams studio during this summer’s transfer window.

The report suggests that Inter Milan demanded €80m (£71.6m) last year, however, are no longer in a position to ask for that amount due to the coronavirus impact to the market all around the world.

Skriniar has played 36 games for Inter Milan during the current campaign, although he has only been involved in one of their last four Serie A games following to the suspension. Liverpool are leading the race to sign Lille striker Victor Osimhen, according to a report from Italian outlet Calciomercato.

Napoli and Manchester United have also been linked with a move for the forward, with Napoli touted as the favourites to sign the 21-year-old, but the reports from Italy claim that it’s Liverpool who are most likely to sign him.

Before the season in France was halted, the Nigerian star was in great form for Lille, having scored 18 goals, whilst also assisting a further six for his teammate, so it makes sense for there to be interest in him.

Osimhen‘s goalscoring record has been very impressive and he looks like he’d be a good addition for the Reds but it remains to be seen if there is much interest in him from the new Premier League champions.

Liverpool could do with adding a new forward line in order to bridge the gap in quality between the starters and the current back-up options but given the state of the club’s finances due to the pandemic, it’s difficult to see them signing Osimhen this summer. Manchester United will not get a cut-price deal for Jadon Sancho, according to a report.

United have reportedly made the 20-year-old England international one of their main transfer targets in the summer window.

But according to the BBC, United will not be able to get him for a cut-price deal of £50m as a result of the financial hit caused by Covid-19.

Instead United would reportedly have to offer in excess of £100m for a bid to even be considered despite expected lower fees in the upcoming transfer window which opens on July 27.

Dortmund are also said to not be interested in any add-ons to lower the up-front transfer fee.

United have a clause in their 10-year deal with Adidas whereby they will pay a £22.5m penalty if they do not qualify for the Champions League - for the second successive season - this campaign.

Ole Gunnar Solskjaer's side currently sit in fifth with two league games to go and that penalty would be spread over the remaining five years of the £750m contract should they fail to make the top four.