By Kinfovillage (self media writer) | 2 years ago

Its not more a news that the wait is over for Liverpool FC as they clinched their 19th Premier League trophy after 30 years. The excitement in their crown as the champion was that, Liverpool won the League even with 7 matches remaining, and with over 20 point above their closest rival Manchester City.

It seems to be joke when the story broke that Nigeria Adebayo Akinfenwa was invited by Liverpool Manager Jurgen Klopp, this was unveiled after the British born Nigeria Akinfenwa 34 years won his team promotion to 2nd division of the Sky Bet League. 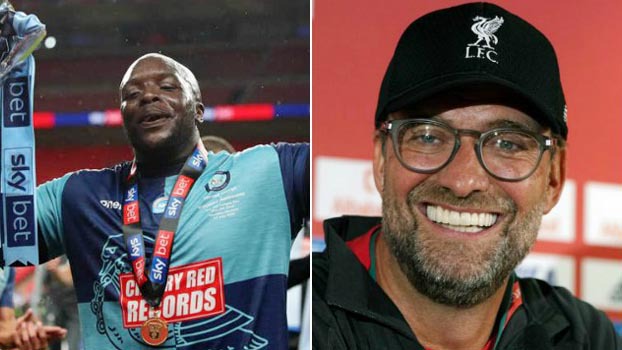 Akinfenwa demanded to celebrate his achievement with his boyhood Club and Liverpool Manager granted his request by calling the player through WhatsApp to broke the news to the Nigerian.

The Wycombe Wanderers striker Adebayo Akinfenwa's got the surprise of his life after the news and storm his social media account and posted the video that is down below.

Klopp invitation show how grateful and loyal Akinfenwa, a long-time Liverpool fan his.

On the other hand congratulation as goes to Wycombe side that achieved promotion to the Championship for the first time in their 133-year history thanks to their 2-1 League One play-off final victory over Oxford United. 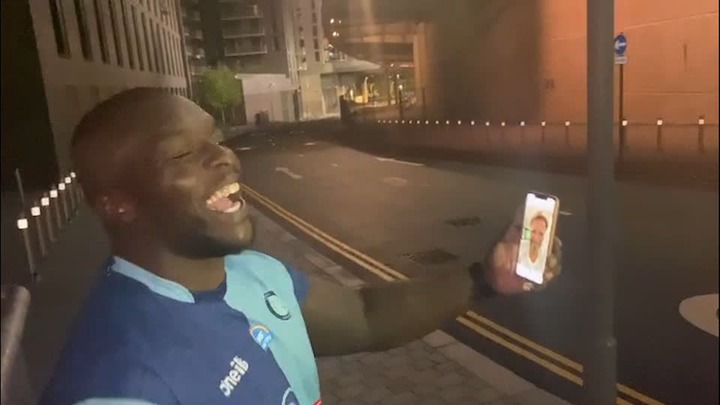 Klopp said “I watched the game ... yes he responded, he sent a video back,” Klopp added, without giving details. “At least a few things in life should stay private. It was nice, he was obviously really happy.” Winners celebrate with one and other, what will be the fate those teams that are still hoping to win the UEFA Champions League?

Content created and supplied by: Kinfovillage (via Opera News )