They were both Chelsea Flops but who was worst? Check out the stats of Alvaro Morata and Batshuayi.

By AminullahiMuritala (self meida writer) | 17 days

There's a long list that consist of Players that failed to succeed at Stamford bridge. Some of them were shipped out of West London before they peaked in their career while some of them never really peaked.

Mohammad Sallah, Kevin De Bruyne and Romelo Lukaku are all great players but were however considered as flops during their stay at Chelsea and had to be sold eventually; only if Chelsea had exercised Patience over the trio.

There are also Players that Chelsea was right to sell off because of their constant blunders. Alvaro Morata was involved in a big money move from Real Madrid to Chelsea in 2017. However, just like Michy Batshuayi who was considered to be another Chelsea flop, Alvaro Morata was not any better.

In 72 games for Chelsea, Alvaro Morata who was a Centre-forward managed to score just 24 Goals. Just like Frank Lampard struggled with Timo Werner and Kai Havertz, former Chelsea Manager Antonio Conte also struggled to get the best out the Spaniard before Chelsea loaned him to Atletico Madrid and eventually sold him to Juventus.

Michy Batshuayi had almost the same record as Alvaro Morata. The Belgium international scored 25 goals in 77 matches for Chelsea. Although, his contract with the Blues will not expire until the end of this season, he's currently away on loan to Crystal Palace. 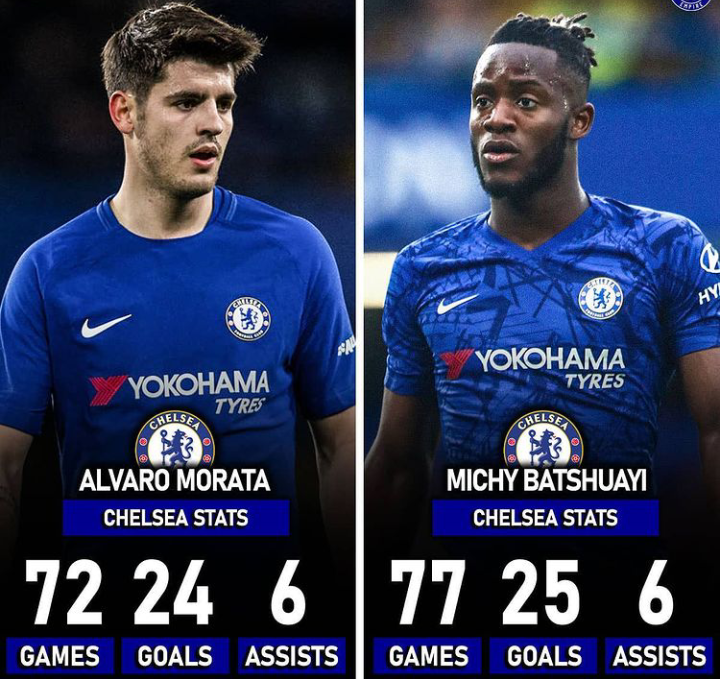