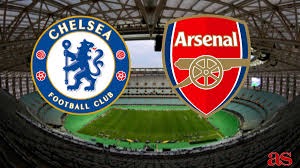 The prestigious English FA cup has come to the grand finale and it's going to feature two London teams which are London FC (Chelsea) and North London FC(Arsenal). The season had been quite turbulent for both clubs particularly Arsenal but there might just be a silver lining up the cloud if either of them could win the oldest and prestigious trophy The FA cup is an English Competition played by all clubs in England, this means every single club has a chance to win it from clubs in championship to clubs in league 2 and below. However the Premier league club always get to win it most times because they enter into the competition in the later stages 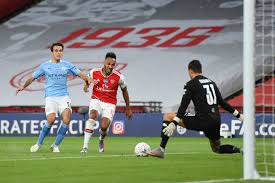 Arsenal defied the odds against city by beating them 2 goals to nil thanks to Aubumayang brace, Arsenal really gave a sublime performance. City were dominant as usual but Arsenal didn't break under pressure and they defended well. Chelsea on the other hand outclassed man U with thier constant press football. Lampard already lost to ole solskjaer on three former meetings and was desperate for a win, Chelsea tried not to commit too many foul as man U were prolific in freekick because of players like Bruno Fernandez,hudson odoi however committed a careless foul and Fernandez converted the penalty to make the score line 3-1

The FA cup final will will take place on Saturday 1 August in Wembley stadium which is England National stadium. Both teams have a score to settle and will try all their possible best to win 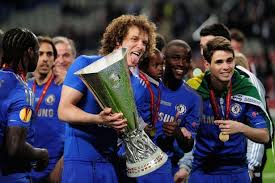 Arsenal will look to get back at Chelsea for their Europa league humiliating final defeat last season. Hazard gave a last sublime performance for Chelsea before eventually leaving for real Madrid,he was everywhere during that match and he really gave Arsenal defenders tough time. Chelsea went on the win the game 4-1. Arsenal fans will be counting on this encountered to execute their revenge Chelsea are looking forward to inflict pain on Arsenal too for thier last FA cup final defeat to Arsenal during Antonio Conte tenure. Chelsea played excellently well that season but were denied the FA cup by Arsenal. Chelsea later went on to win the FA cup the next year against Man U even though they weren't favourite