By Football-Stats (self meida writer) | 22 days

Many French and Spanish footballers have played for premier league clubs. Some of the best Xi players are divided into two teams in this article. More information can be found in the image below. 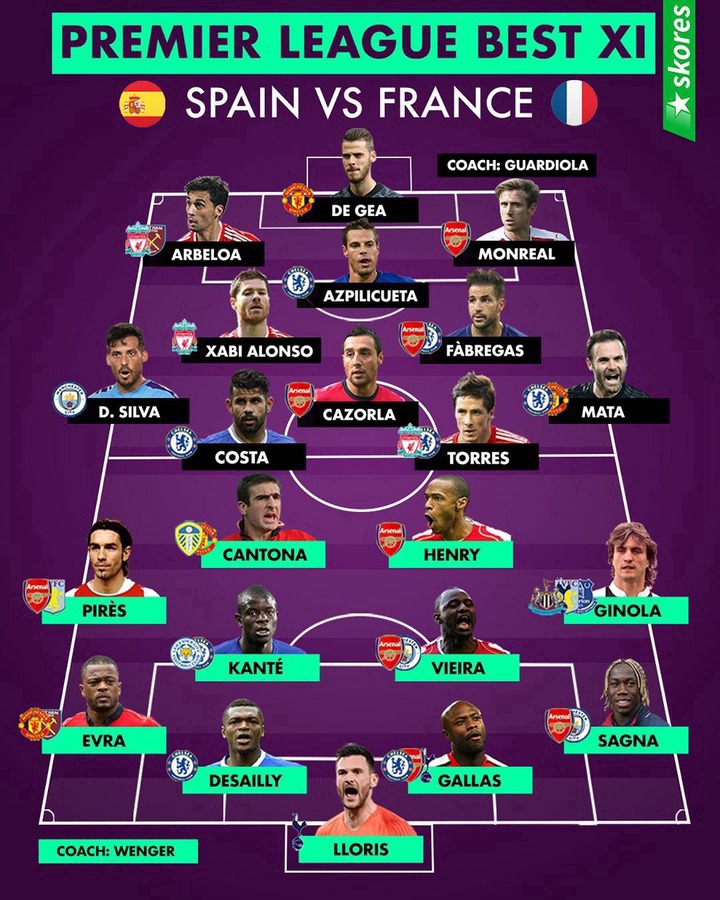 The Premier League spanish Best Xi team included five Chelsea players. Juan Mata, Fernando Torres, Diego Costa, Cesc Fabregas, and Cesar Azipilicueta are the players in question. Carzola, Fabregas, and Monreal are three Arsenal players who made the team. The only current Manchester United players in the squad are David de Gea and Juan Mata. Arbeloa and Xabi Alonso, both former Liverpool players, are on the team. David Silva is the only former Manchester City player on the team.

The premier league french best Xi team included Five Arsenal Players. Thierry Henry, Vieira, Sagna, Gallas and Pires are the players. Hugo Lloris is the only current Tottenham Hotspur player on the team. Patrice Evra and Eric Cantona, both former Manchester United players, made the squad. Ngolo Kante, Desailly, and Gallas are three Chelsea players who made the squad. Which of these teams is the best? Please leave your thoughts in the comments section.

How To Download NIN Slip From The Comfort Of Your Home

Open Letter To Gov Akeredolu For Stopping Protest Against Aide That Slapped A Pregnant Woman, Adeola