Opinion: This Is Definitely The Worst Decision By VAR In The Premier League This Season

Westbrom secured a 3-0 comfortable win against Southampton in what was a thrilling game of football. Sam Alladyce's men showed they can still fight their way out of the bottom three. The team won their last game against Chelsea to end Thomas Tuchel's unbeaten run in the Premier League.

However, winning against Southampton shows their result against Chelsea wasn't a fluke. Sam Alladyce has done a great job since he took over the reign at Westbrom in January. The experienced manager is a specialist when it comes to taking teams in the PL out of relegation. Can he do the same for Westbrom this season?

Let's just put that aside and talk about the talking point in the game between Westbrom and Southampton. Earlier in the game, VAR made the most ridiculous in the Premier Leagie this season. Digne was ruled out by VAR for an offside.

After watching the replay, you would agree with me that Digne who scored the goal wasn't offside. His teammate was offside but it's impossible his goal would be disallowed just because his teammate was in an offside position. The positioning of Bartley seems to have blocked the view of VAR, so they assumed Digne was also in an offside spot. 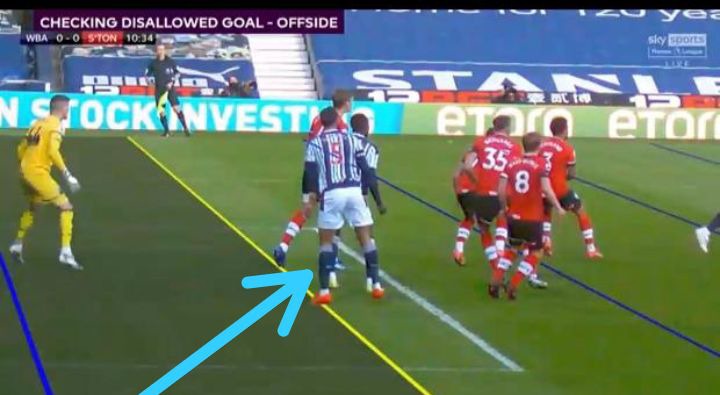