Exclusive: Arsenal midfielder should face charges for grabbing Maupay by the throat

By Abdulkareemola (self media writer) | 2 years ago 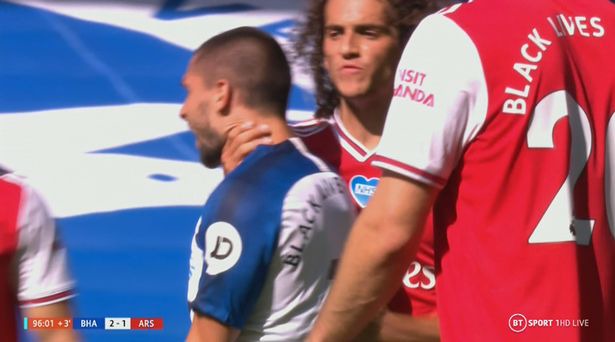 The act of uncontrollably aggression is becoming more disappointing for Arsenal midfielder Matteo Guendouz, who grabbed Brighton forward Neal Maupay by the throat at the end of a very lightining clash and could now face punishment for his action. Matteo Guendouzi could now be facing an FA charge and potential ban after his bust-up at Brighton. Football Association chiefs are waiting to see whether the shameful act is included in referee Martin Atkinson’s report after the game before deciding if they will take action. But many people would have agreed with me that such act punishable under the law guiding the football. How could he stoop so low to react in such manner? Maupay could be seen apologizing to Leno during the medical attention and on his way off the pitch, so what else was he expecting? This is simply immature in nature. Leno, who is now facing a lengthy lay-off with a serious knee ligament injury, pointed the finger at Maupay after the Brighton striker pushed him and caused him to land awkwardly.

Even though Arsenal boss Mikel Arteta cleared Maupay of doing it deliberately, the players were incensed and Guendouzi was fuming throughout the game. The FA could still step in even if it was not seen and take retrospective action by charging Guendouzi which could lead to a fine and suspension. But it would seem likely that Guendouzi gets charged unless Atkinson says he saw the incident and decided not to take action. 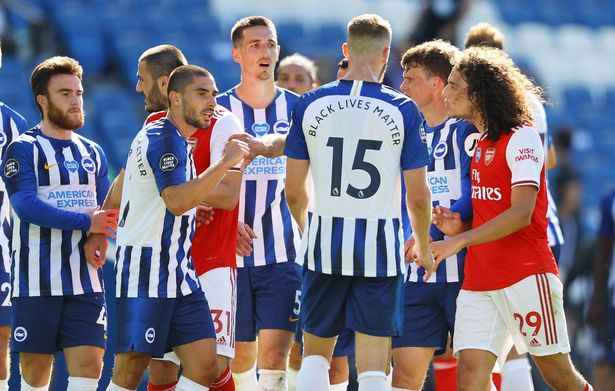 But under the FA’s fast track process, Guendouzi could even be banned before Thursday’s trip to Southampton.

Content created and supplied by: Abdulkareemola (via Opera News )