By GCGentleOfficial (self media writer) | 11 days ago 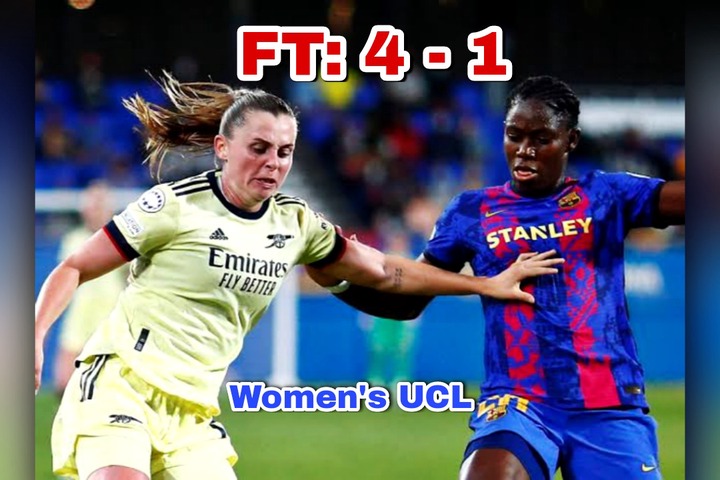 In the first half, Barcelona dominated, gaining the lead through Mariona Caldentey's rebounding finish (32), before Asisat Oshoala's cut-back was turned in by Alexia Putellas (43).

Oshoala put Barcelona 3-0 up early in the second half (47) against her former club, before Arsenal got their stride and pulled a goal back through Frida Leonhardsen Maanum, who bundled home at the back post (74).

Late in the game, substitute Lieke Martens made it 4-1 with a clever goal (84), while Putellas had a stoppage-time penalty saved by Manuela Zinsberger after a foul on her in the area by Jordan Nobbs.

Arsenal's Zinsberger made 10 saves on a dismal night for the Gunners, despite a much-improved second-half performance.

Barcelona demonstrated that they are not about to surrender their European title easily by thrashing Arsenal 4-1 on Tuesday night.

Barca dominated the early stages, controlling possession and converting it into a plethora of decent chances. It was just a question of time before the hosts struck, and it was Mariona Caldentey, who tapped home a rebounded shot on the half-hour mark.

Just before half-time, Alexia Putellas made it two, capping a fantastic run by Asisat Oshoala to give the reigning champs a commanding advantage at the break.

The third goal came just a few minutes into the second half. Oshoala scored the goal she deserved when she calmly buried a one-on-one.

Arsenal regained control of the game after making three changes to their forward line, and after coming close to equalizing through Caitlin Foord, Frida Manuum bundled home a Tobin Heath free kick.

Lieke Martens scored a fourth for the hosts with a beautiful chip with seven minutes to go, but Putellas wasted a chance to make it five when Manuela Zinsberger saved her stoppage-time penalty. 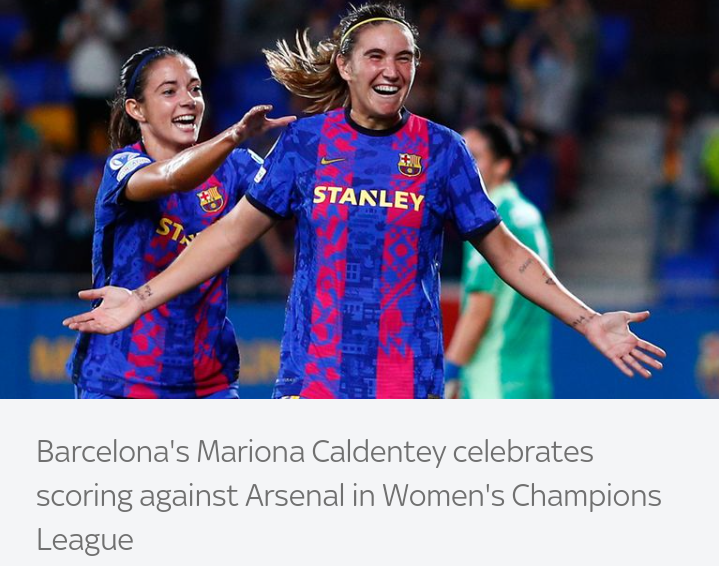