The Mirror claims that Armando Broja is the subject of negotiations between West Ham United and Chelsea. Chelsea manager Thomas Tuchel is reluctant to let the Albanian striker leave Stamford Bridge, despite the fact that David Moyes has identified him as a potential target for the Hammers. 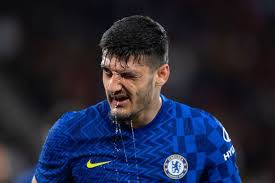 As the focal point of Ralph Hasenhüttl's frontline, Broja had a productive loan stay at Southampton in his most recent campaign. In 38 appearances for the Saints last season, he scored nine goals and provided one assist.

His attacking prowess was on full display in the Premier League, where he averaged 1.4 shots and 1.0 dribbles per game. After failing to complete 61.4 percent of his passes in the top flight of English football, he needs to find a solution to improve his ball distribution (stats via whoscored).

Tuchel's disclosure about Broja's status at West Ham has apparently prompted David Moyes to push the club's hierarchy to take action soon. After making it all the way to the play-off qualifying phase of the Europa Conference League, David Moyes is looking to add to his team in order to prepare the East London club for what could be multiple seasons in Europe.

The objective for the Hammers is to bring in a striker to give Michael Antonio more competition at London Stadium, where he is currently the lone center-forward. The addition of Broja would give Moyes' assault greater depth and balance, which is why the West Ham manager is determined to sign him before the next season. 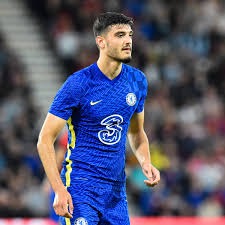 It is imperative for them to ratchet up their efforts while they have the opportunity to provide him first-team football. A lack of playing time at Stamford Bridge continues to be a problem for the Albanian striker. However, West Ham must act quickly to take advantage of Broja's shaky status in Chelsea and get him to London Stadium.