By PreciousTalent (self media writer) | 10 months ago 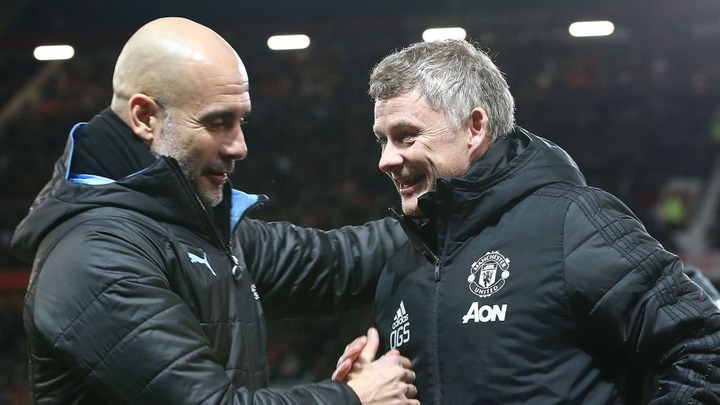 The rivalry between Manchester United and Manchester City has been in existence from time immemorial with the Red Devils having the edge over the past decade.

The new management that took over the control of Manchester City in 2009 saw them rub shoulders with their city rivals Manchester United.

Roberto Mancini and Manuel Pellegrini were at some point hired as manager of the club and both in their dispensation won the Premier League titles and that spur Manchester United to renew their rivalry with their city neighbours.

The present-day managers Ole Gunnar Solskjaer and Pep Guardiola also continued the trend and the quest for supremacy at Manchester.

Both managers have played seven games and in those meetings in the Manchester derby, Solskjaer has come out victoriously four times and Guardiola won three times.

Solskjaer and Guardiola were on three wins each but the 2-0 victory over Manchester City gave the Norwegian the lead over the Spanish tactician.