Real Madrid have been on a 10 games unbeaten run since the restart of La Liga, thereby earning them the Spanish tittle on Thursday night after beating Villareal 2-1. 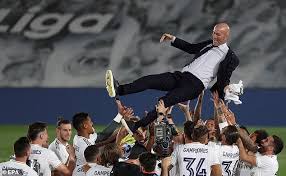 Its has been a big turn around for Zinidine Zidane side, who finished 19 points behind La Liga Champions FC Barcelona last season. 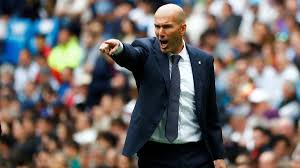 How it all happened;

In the past, though, it was regularly suggested that the Frenchman was tactically weak, broadly limiting his strategy to sending out his best players and trusting them to find their own solutions.

This resulted in an inconsistent team not able to switch tactics during matches, but eventually, he managed to win three Champion league trophies in a roll, but unable to replicate that in their domestic league, leaving Barcelona as the dominant force in Spain.

After finishing behind Barcelona last season, the Frenchman identify his team weaknesses and work toward that.

Defensively Zidane has made his team more compact, leaving little or no space to exploit, working together to protect their goal, which has now made them a more balanced team and difficult to score against.As a result, they boast the best defensive record in La Liga, having conceded just 23 goals in 37 league games - almost halving the number of goals they allowed in the previous two campaigns (46 last season, 44 in 2017-18).

That as partly be achieve with the excellent individuals performance of Thibaut Courtios who is back to his best after a difficult two season in Madrid. 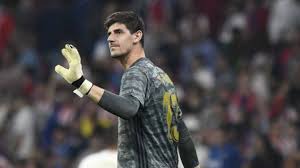 They ever presence of Sergio Ramos, who remains the ferocious competitive leader on and of the pitch.His leadership quality is second to no other. 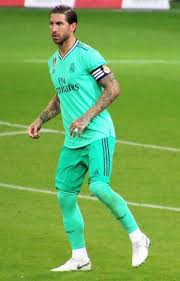 Also, the France international Raphael Varane has been outstanding this season and enjoying one of his best career ever. 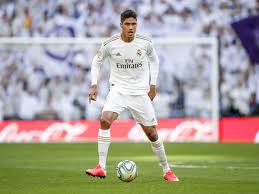 Ferlan Mandy at left back has added a greater awareness to Madrid in defense. The one man that know how to protect his back four Casemiro.

As a result, they boast the best defensive record in La Liga, having conceded just 23 goals in 37 league games - almost halving the number of goals they allowed in the previous two campaigns (46 last season, 44 in 2017-18).

They Los Blancos is not a team been built around one goalscorer, having 21 different players on the score sheet this season, something that has never happened before in La Liga in a single campaign.Only Karim Benzema have netted more goals, second by Sergio Ramos who have netted six of his ten goals from the spot kick, followed by Toni Kroos and Casemiro with four goals each.

But that has not mattered because, in the same way that everyone has been responsible for the defensive improvement rather than just the back four, Zidane encourages every player to get themselves into scoring positions.

One forward who as been outstanding this season is Karim Benzema who has netted 21 goals and eight assist. Benzema is been valued for his elegance and unselfish link-up play. In addition to leading the line, he regularly drops into midfield or drifts to the left wing to combine with his team-mates, who appreciate enormously his ability to find space and maintain possession. 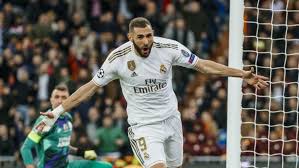 Benzema has greatly achieve due to the departure of Cristiano Ronaldo to Juventus, netting 42 league goals in the past two seasons compared to 16 in the previous two seasons. He has develop a good understanding with his teammates, particularly Eden Hazard who is delighted to watch, and helping young Brazilian winger Vinicius jnr and Rodrygo all excelling in his guidance.

The next immediate task of overturning a Champions League deficit against Manchester City might prove beyond them, especially with inspirational captain Ramos suspended, but the progress made by Zidane's team in this triumphant season suggests Barcelona's days of dominance in Spain are over.

Football fans what is your suggestion, do you believe that Barcelona day of dominance in Spain are over. Drop your comment below and also hit the like button for more on football news.