By Zyinrb (self meida writer) | 2 months 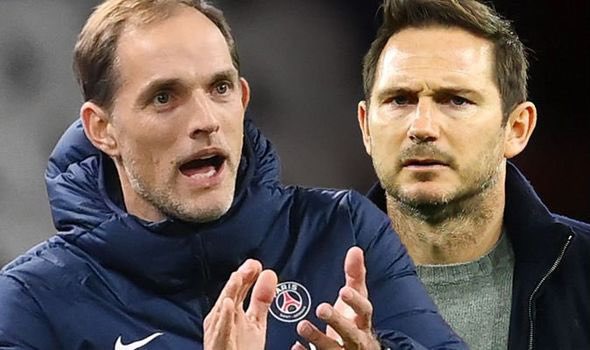 Thomas joined Chelsea on the 26th January after Lampard parted ways with Chelsea since then he has come in and completely changed the way they play. Tuchel arrived for Chelsea’s match against wolves and he only had a few hours with the team he employed a three at the back system and he specifically chose more experienced players to ‘’steady the ship’’.

However Tuchel has also shown that he is not afraid to play the youth as Reece James, Mason mount and Hudson-Odoi have all made frequent appearances in this Chelsea side. This system has also seen Hudson odoi’ in a new position where he is still able to attack but also use his impressive defensive work rate when in transition and Azpilicueta is able to cover for him in 1v1 situations.

We have also seen Tuchel try out players who have frequently been left out of Lampards system such as Alonso who prioritises in the LWB position. This system suits Alonso as he is not forced to defend near as much and is able to use his attacking strengths to the max.

Tuchel has made Chelsea a solid team and stated that he ‘’wants to build a team that nobody wants to play against’’ the goals have been lacking from this team but with Havertz coming into good form and Werner making his runs in behind the goals are bound to come.

Tuchel’s 3 at the back prioritises being defensively solid and the right centre back will overlap the Rwb and combine with him in the attack to deliver balls in and create chances.

Chelsea fans need to be patient that they are unbeaten after 14 matches and have only conceded 2 goal, Tuchel has done an outstanding job there will be moments of disappointment but the trust in Tuchel needs to continue because he is a man who demands the best from his team.

Can You Knit A Wedding Dress? Check Out The Bride Who Knitted Hers

Mothers, See 25 Exclusive Kaftan And Boubou Gown Styles You Can Add To Your Wardrobes.

Mr Macaroni And Others React, As Bukunmi Adeaga Ilori Stuns In Nice Outfit, For Her Birthday(Photos)

Only 5 Countries Have Succeeded In Planting Their Flag On The Moon, Check Them Out.