By Waskco (self meida writer) | 1 months

Arsenal will on Thursday host Greek side Olympiacos in the reverse fixture of the UEFA Europa League round of 16 tie. The Gunners will however be going into the game on Thursday with high hope of making it to the next round of the competition, coming from the 3-1 victory over the Greek side when both teams first met in Greece last week. In the build-up toward the game coming up on Thursday at the Emirates Stadium, the Gunners have been involved in series of training sessions at the London Colney, as they seek to avoid the disappointing outing they had with the Greek team the last time both sides met at the Emirates. Arsenal defeated Olympiacos 1-0 in Greece and then lost the reverse fixture at home 2-1 last season which marked their exit from the 2019/20 UEFA Europa League competition. Mikel Arteta's men are however in high spirits following their 2-1 triumph over Tottenham Hotspur last weekend in the English Premier League which revive their hope of qualifying for next season European football. 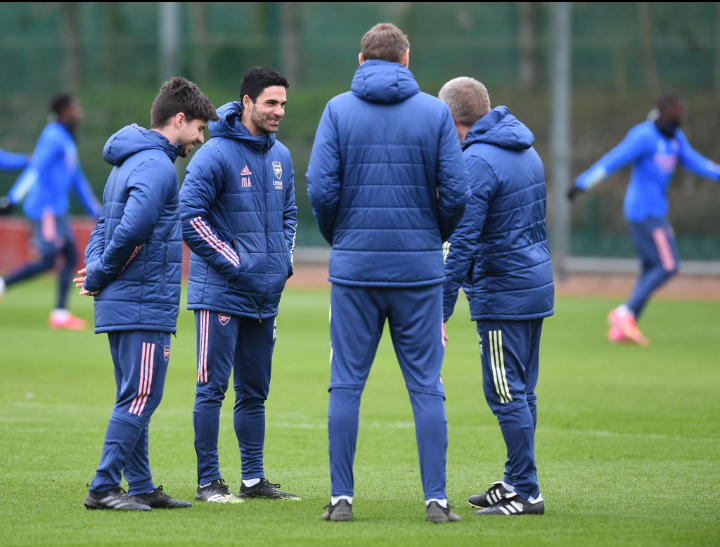 The last time Arsenal defeated Olympiacos in Greece, they went out of the competition following the disappointing home defeat from the Greek team.

Can Olympiacos shock the Gunners again?

Mount and Foden's impressive statistics this season in the Premier league

European super league; all you need to know

In Response To European Super League, See What Chelsea Fans Did At Stamford Bridge Today

Azpliqueta reveals what Chelsea have done to improve their defensive record this season.

Manchester United Star, David De Gea Step Out With His Wife And Baby For The First Time