Opinion: Checkout The UEFA Champions League Team Of Round 16

By Racheal91 | self meida writer
Published 24 days ago - 0 views

Cristiano Ronaldo and Lionel Messi are out of the competition after the superstars failed to help their teams overturn their first leg deficits . This is first Champions League since 2004-2005 season that neither of the stars with be in the quarter-final.

Chelsea have qualified for the last 8 for Champions League for the first time in 7 years after a 3-0 aggregate win over la liga side Atlético Madrid. 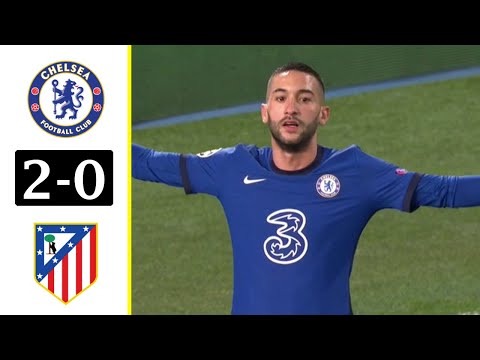 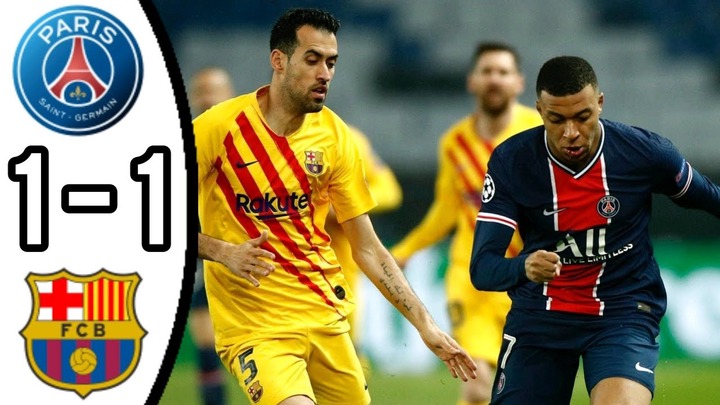 2017 Champions Liverpool secured a 4-0 aggregate win over Bundesliga side RB Leipzig to move to the next stage. 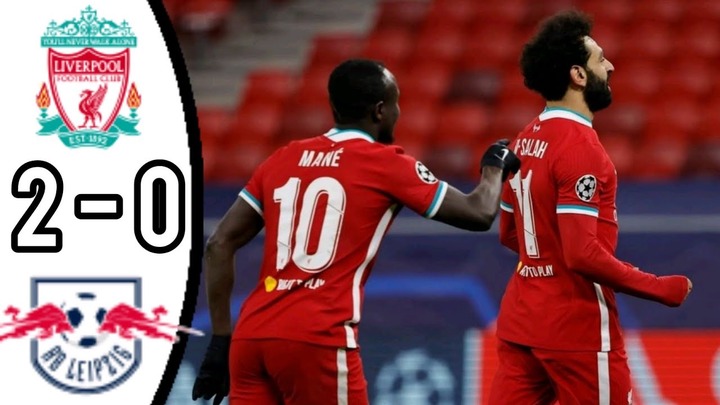 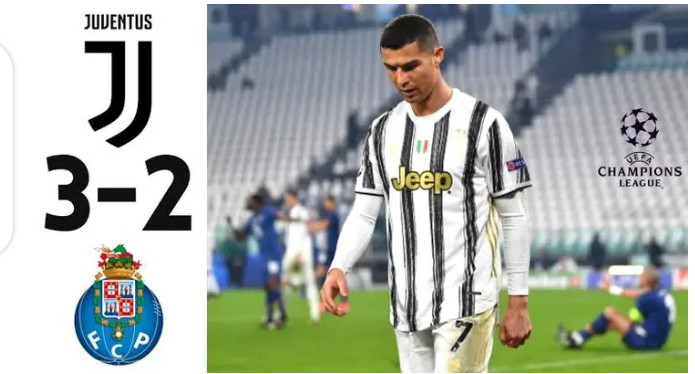 Below is my Champions League team of Round 16 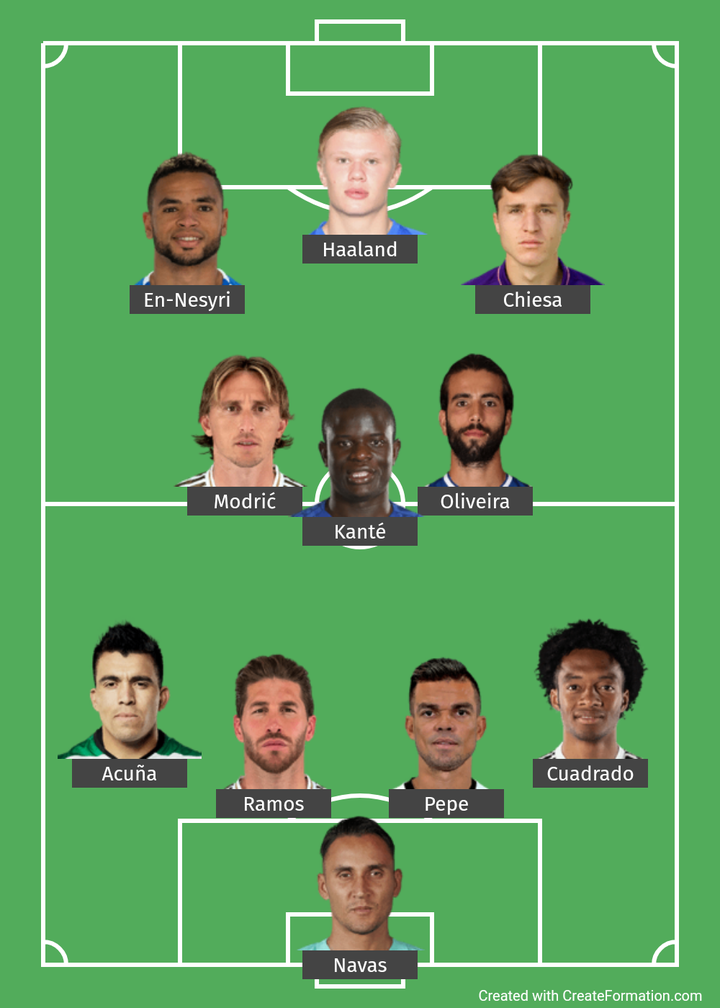 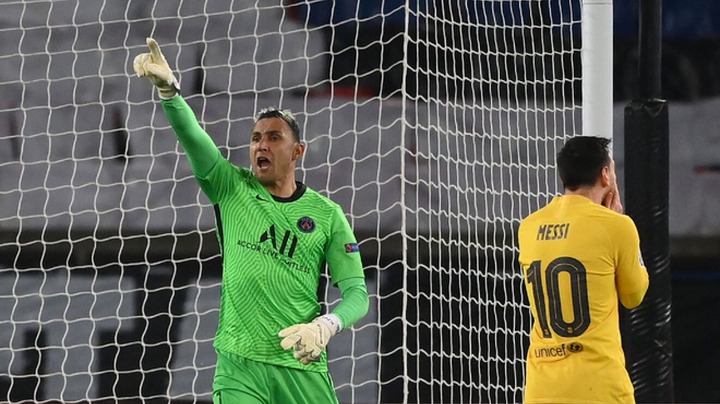 The Costa Rican goalkeeper was solid against Barcelona to help PSG progress to quarterfinal. He made 9 good saves in the match most importantly keeping Lionel Messi penalty out. 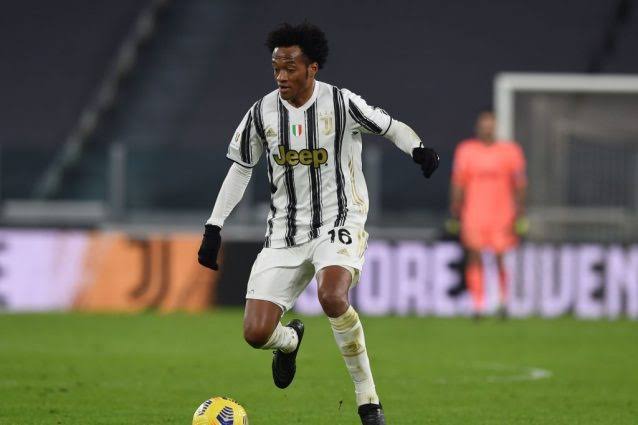 The fullback was the most creative player for Juventus against Porto. He created 13 chances and assisted Federico Chiesa for Juventus second goal. He made 6 successful tackles, 6 successful dribbles and 5 recoveries. 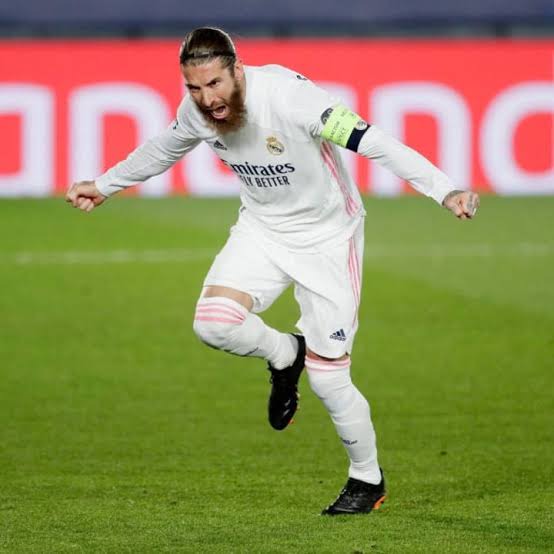 The Madrid skipper was tidy with his performance against Atalanta. He made 2 recoveries, 3 interceptions winning 1 aerial duel. He scored a second half penalty after Vinicius junior was fouled in the box 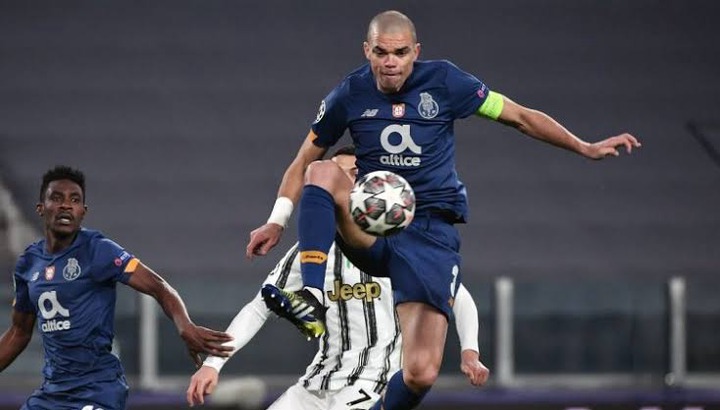 The Portuguese defender put in a solid performance against Juventus. He made 18 clearances, 8 recoveries, 2 interceptions and won 3 aerial duels. He also made 1 successful tackle and 5 clearances. He scored a second half penalty. 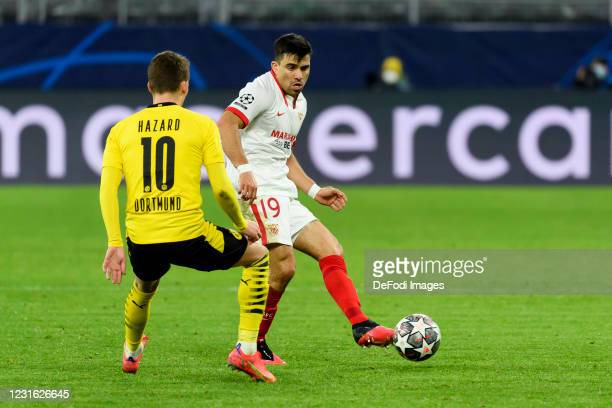 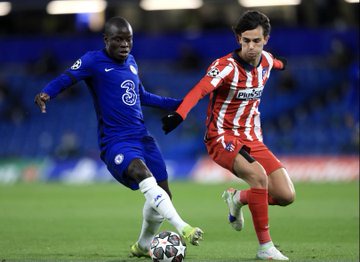 The French midfielder put in a Man of the Match performance for Chelsea against Atletico Madrid, he created 2 chances, made 13 recoveries, 2 interceptions, 4 successful dribbles and 2 clearances. 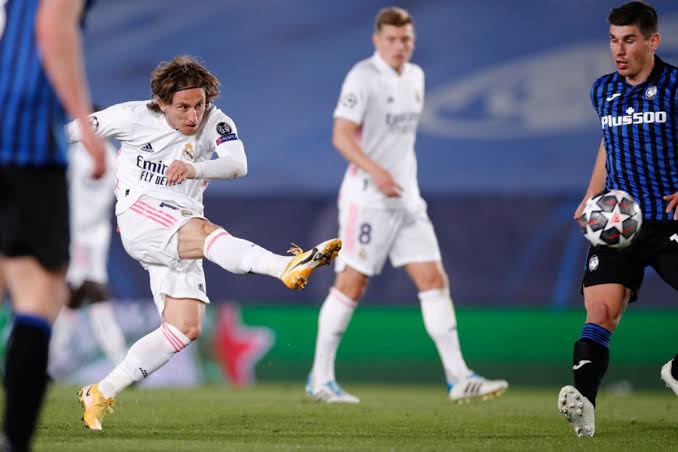 The Croat put in Man of the Match performance against Atalanta BC. He completed the most passes (89) in the match. He assisted Karim Benzema for the opening goal of the match. He also made 16 recoveries, 5 interceptions and 3 successful tackles 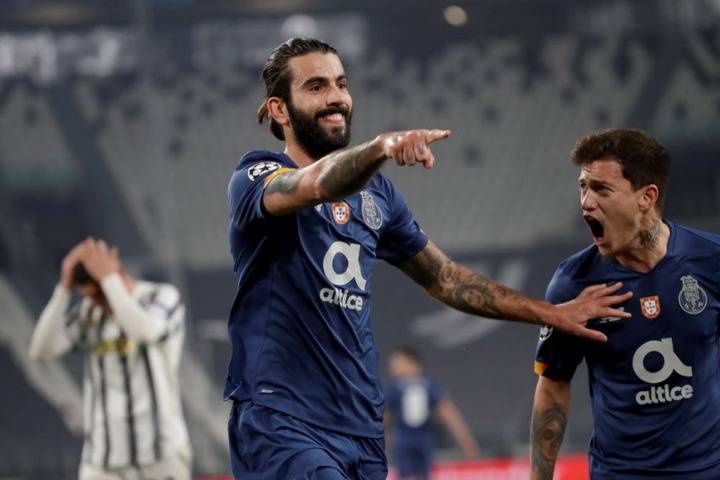 The Portuguese international put in a solid performance against Juventus to help Porto progress to the quarter-final . The midfielder created 2 chances, made 7 recoveries, 2 successful tackles and 2 clearances. He scored a penalty in the first half and also scored a low freekick in extra time to see Porto progress to the next stage. 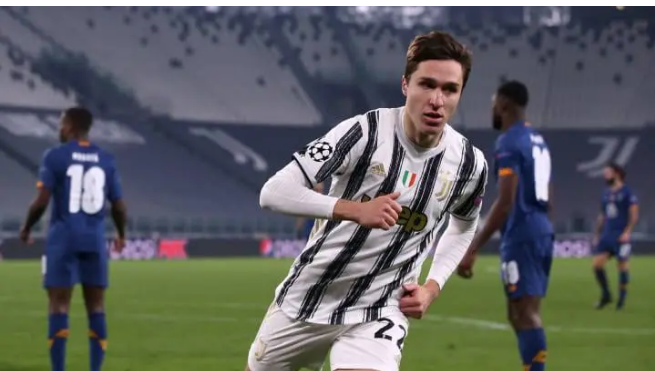 The Italian was the main goal threat for Juventus against Porto. He scored twice and hit the woodwork with one of his shots The attacker made 6 recoveries, 1 successful tackle and completed 3 successful dribbles. 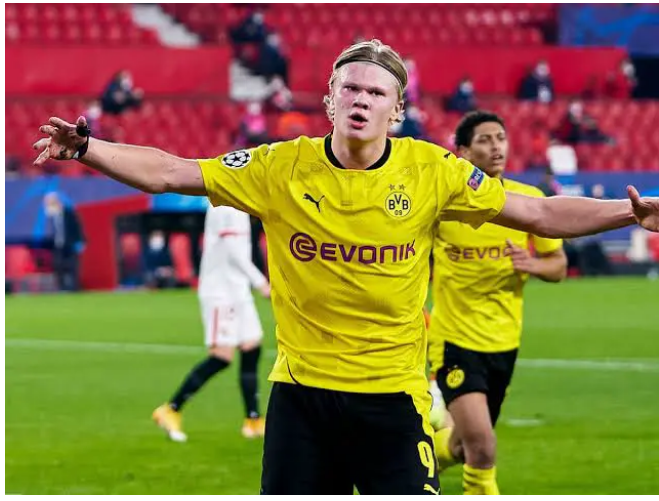 The Norwegian youngster continues his impressive form in the Champions League. He scored twice in the match, his fourth brace in four consecutive Champions league matches. He broke Harry Kane record to become the quickest player to reach 20 Champions League goals in just 14 appearances. He won 5 duels, made 3 clearances, 4 recoveries and 1 interception. 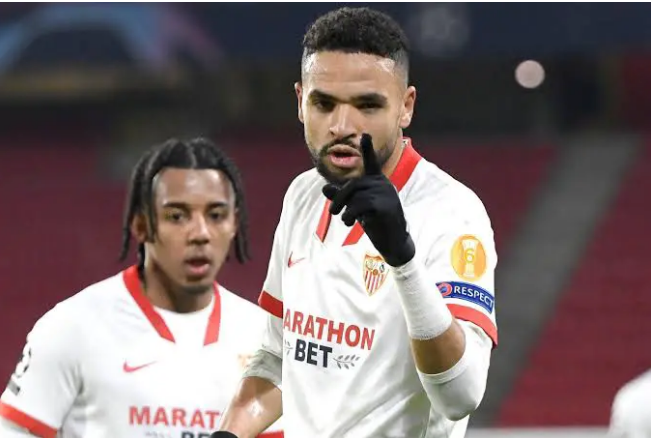 The Moroccan was solid against Borrusia Dortmund. He scored a twice against the German side but was unable to help Sevilla overturn the first leg deficit.

crochet hair davido son how long does ovulation last latest nigeria entertainment news ondo state zip code
Opera News is a free to use platform and the views and opinions expressed herein are solely those of the author and do not represent, reflect or express the views of Opera News. Any/all written content and images displayed are provided by the blogger/author, appear herein as submitted by the blogger/author and are unedited by Opera News. Opera News does not consent to nor does it condone the posting of any content that violates the rights (including the copyrights) of any third party, nor content that may malign, inter alia, any religion, ethnic group, organization, gender, company, or individual. Opera News furthermore does not condone the use of our platform for the purposes encouraging/endorsing hate speech, violation of human rights and/or utterances of a defamatory nature. If the content contained herein violates any of your rights, including those of copyright, and/or violates any the above mentioned factors, you are requested to immediately notify us using via the following email address operanews-external(at)opera.com and/or report the article using the available reporting functionality built into our Platform 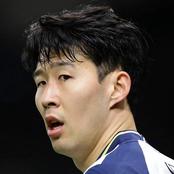 Photos: See who Ronaldo gave his shirt to in Yesterday's Match 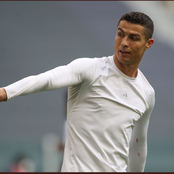 After Sunday Bundesliga week 28 fixtures, this is how the Bundesliga table looks like 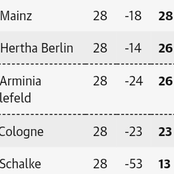 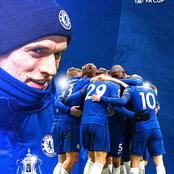 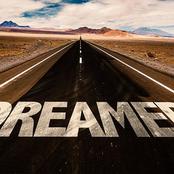 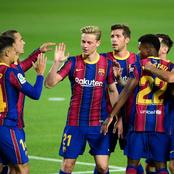 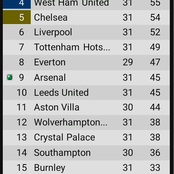 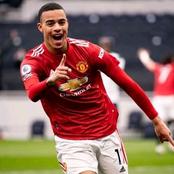 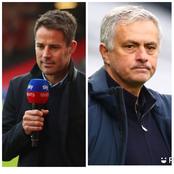 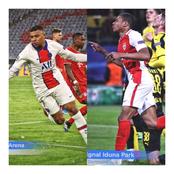