The injury to Antonio Rudiger while on international duty with Germany and Thiago Silva's late return from the international break means Chelsea will not be at full strength when they travel to the Brentford Community Stadium to take on Brentford. That makes getting all 3 points even harder as Brentford has already beaten Arsenal and drawn with Liverpool this season.

Having said that, it has to be said that winning is not impossible as the Chelsea squad has depth and quality. However, for that to happen Thomas Tuchel must get his team selection right. For me, that means not starting the following 2 players who have been brilliant so far this season. 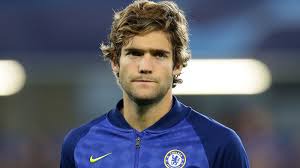 The Spanish left-wing-back offers a lot in attack as he overlaps at every given opportunity. Doing that has made the Spaniard one of the most creative players on the team. So far it has resulted in him scoring and assisting 1 goal each.

Having said that, I think Ben Chilwell will be the better option as Rudiger will not be in the Chelsea lineup on Saturday. The 28-year-old defender was reported to have suffered a back injury while on international duty with Germany.

Alonso lacks pace and his positioning when defending is not always the best. It is Rudiger who makes sure that all that weakness was never exposed as he uses his speed and strength to stop attackers who try to go through that wing when Alonso overlaps.

Chilwell has more pace and can defend better. With Rudiger not there to cover that wing, he should start. 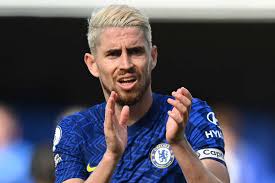 Thomas Tuchel has tried to rest Jorginho on two different occasions this season but it didn't work as the team wasn't the same without him. On the first occasion, he had to substitute Saul for him at half-time.

The good news is that N'Golo Kante has returned from injury so giving Jorginho a full rest should work this time. Both times Tuchel tried to rest him which was against Aston Villa and Southampton. The French midfielder was not available for selection in both games.