By Hattitude (self media writer) | 26 days ago Super Falcons of Nigeria Captain Asisat Oshoala was on target for Barcelona Femini in their emphatic 9-1 win over Deportivo Alves in the Spanish Iberdrola game on Saturday. Oshoala started the game from the bench, but came on in the second half of the encounter and was able to make her mark.

Oshoala was introduced in the 75th minute of the game, and she got her goal ten minutes later following an assist from Spanish midfielder Bruna Vilamala.

It was her fifth goal of the season for the Spanish and European champions this season. 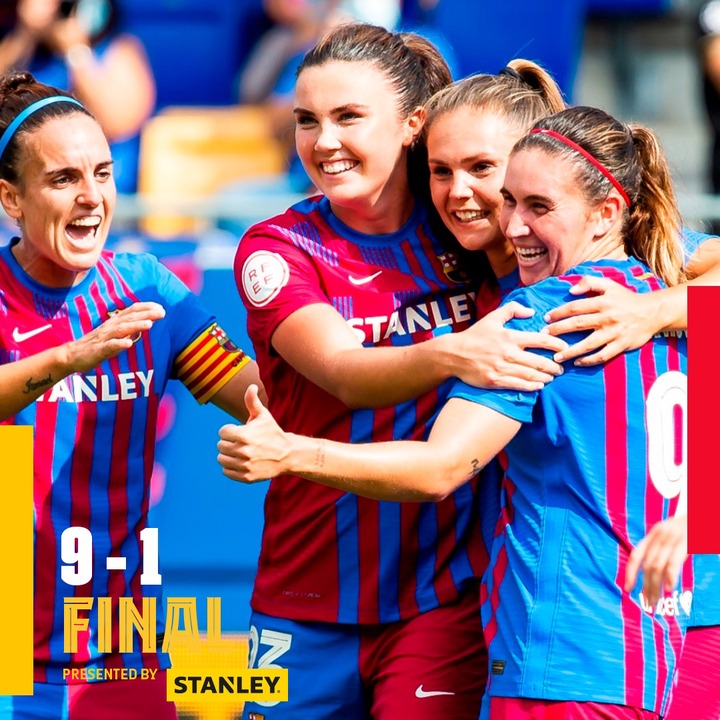 Alaves took the lead in the 16th, thanks to a fantastic finish from American striker Jordan Clark, but the lead only lasted for a few minutes as Villamala and Marten put Barcelona 2-1 up. 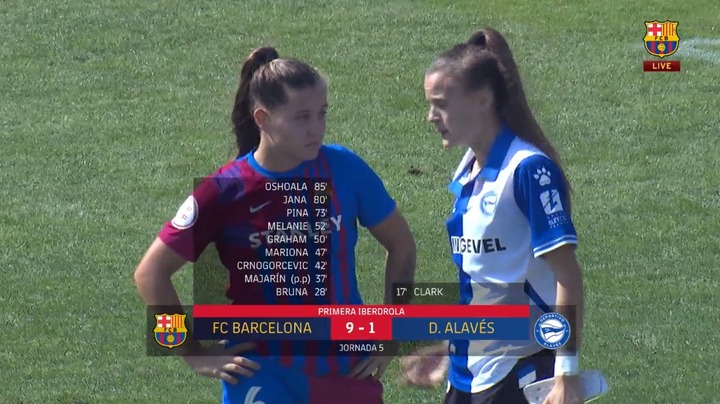 Graham Hansen, Maria Serrano, Claudia Pina and Jeana Vallasco completed the rout in the second half of the game.

Barcelona will be hoping to continue their impressive run of form when they host Arsenal In UEFA Women's Champions League on Tuesday.